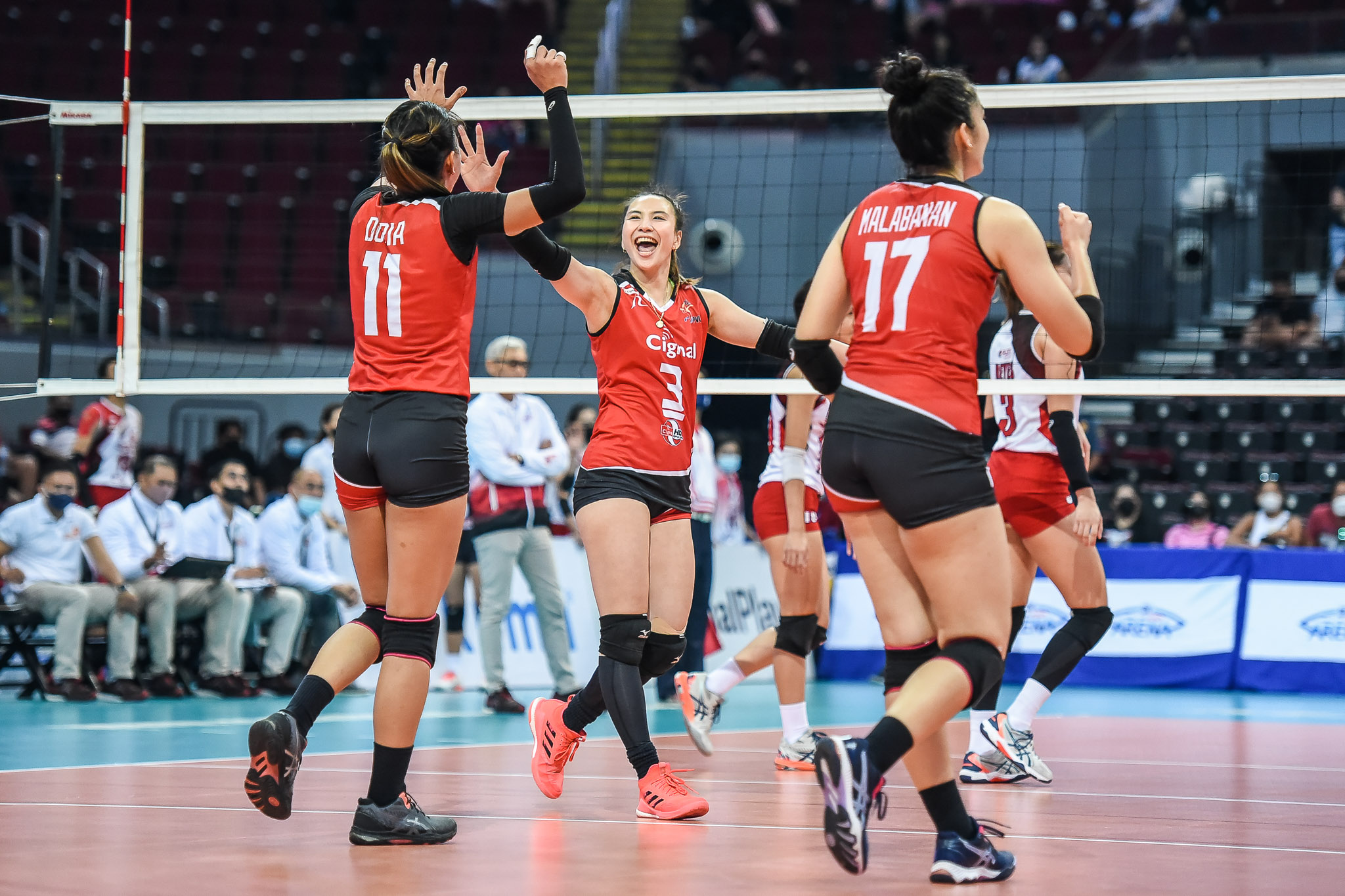 The HD Spikers, who also finished third in the Open Conference, notched their second consecutive bronze medal of the season.

Carrying their momentum from the last two sets, the HD Spikers opened the fifth frame with 6-0 blast capped by a Mika Reyes attack that went out.

Jules Samonte and Erika Santos scored back-to-back hits to put the High Speed Hitters on the board but Cignal answered right back with a 7-3 rally that put them ahead by eight points, 13-5.

Cignal played without the services of top spikers Ria Meneses and Ces Molina missed for the second consecutive game due to health and safety protocols.

A set loss away from elimination, the HD Spikers overcame a nine-point deficit in the third frame to win the extended third frame. Jacqueline Acuña and Rose Doria scored three consecutive points to turn a 24-25 disadvantage to a 27-25 win.

In the fourth set, Cignal once again found itself trailing, 16-19, before Malabanan turned things around and ignited a 6-0 run that catapulted them to a 25-22 win that forced a deciding fifth set.

Rachel Daquis top scored for the HD Spikers with 16 points to go along with 14 excellent digs while Roselyn Doria nailed a game-high nine blocks to finish with 14 points. Malabanan chipped in 13 in the win.

Gel Cayuna, who played a huge role in the early fifth set run, dished 20 excellent sets to go along with seven points.

On the other hand, Reyes poured a game-high 19 points on 11 attacks, six blocks, and two aces while Dell Palomata delivered 17 points, all from attacks, in a losing effort.

Santos added 14 points off the bench while Chin Basas and Samonte had 12 and 11 markers, respectively.

Meanwhile, Creamline and KingWhale Taipei will fight for the championship later at 5:30 PM.