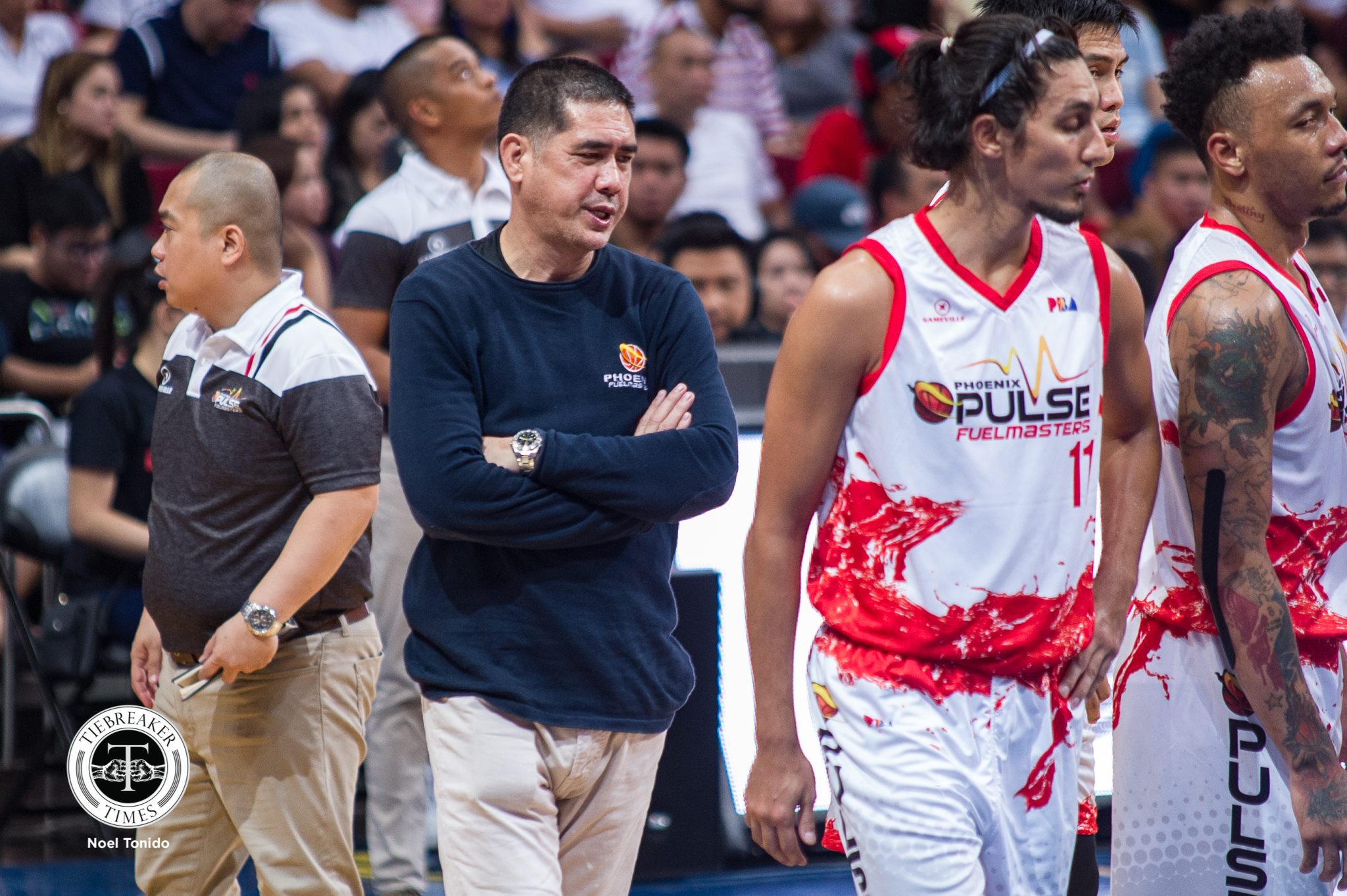 It had been an end that will definitely sting each and everyone on their camp, as it came by way of a 94-105 loss to San Miguel Beermen in Game Five of their best-of-seven semifinal series.

But Phoenix head coach Louie Alas is instead sticking to the positives.

The veteran mentor lauded the fight his chargers put up, which saw them come back from 25 points down to just within four until the Beermen showed its end-game poise en route to the win.

“This was the first time we’ve been in the semis, so easily we got down by twenty-five. But until to the last second, we kept on fighting, that’s why I’m very thankful,” Alas said.

But beyond such, it had been the lessons that they garnered all throughout the semis, said Alas.

This conference had been Phoenix’s best one so far in its young history. They finished the eliminations with a 9-2 card, which easily sealed them the top seed and the win-once incentive.

They would not blow that advantage as they dispatched the Alaska Aces — Phoenix’s “extended family” — in the quarterfinals to enter the semifinals for the first time in the franchise’ existence.

And though the semis only ended in five games, the Fuel Masters never made it an easy series for the Beermen, as they gave them a tough night whenever they play through the highly-physical defense.

So for the veteran bench strategist, this run of theirs will only help the Fuel Masters in the 2019 Commissioner’s Cup in May, where they will be reinforced by former Milkman Rob Dozier.