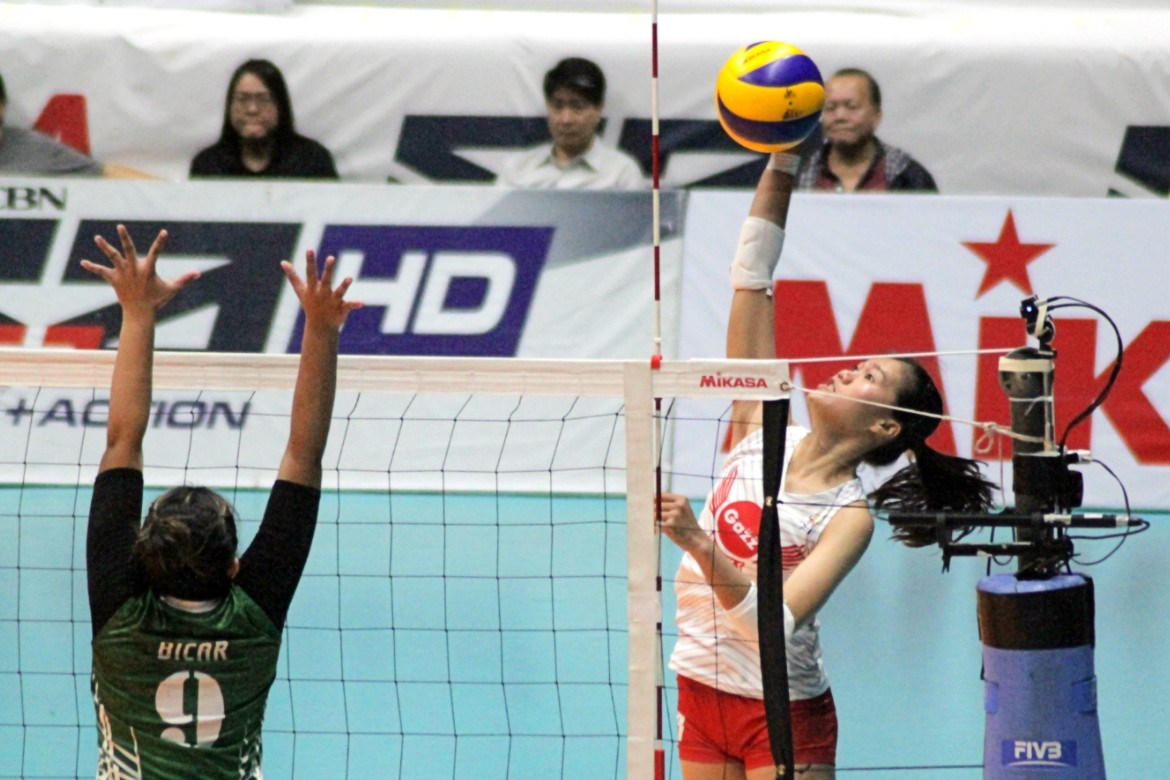 It has been over a month since Petro Gazz began life without its high-scoring reinforcements of Wilma Salas and Janisa Johnson.

So far, the Angels are faring well in the 2019 PVL Open Conference.

Behind middle blockers Jeanette Panaga and Cherry Nunag, the Reinforced conference champions are keeping up with the rest of the league with an even 2-2 slate.

Still, Petro Gazz head coach Arnold Laniog knows that he will be needing to draw out the strength from his wing spikers as well in order to make something happen in the All-Filipino tourney.

Given this, he calls on his wards to step up to the plate.

On Thursday, an immediate response came from the troika of Prado, Sabete, and Mercado.

In Petro Gazz’s three-set conquest of the fatigue-stricken PacificTown–Army, Prado backstopped Panaga, who finished with a game-high 13 points. She supplied 12 markers — off nine attacks and two aces — to go along with eight excellent receptions.

Meanwhile, Sabete and Mercado chipped nine points apiece. The former had three blocks while the latter poured in nine attacks on top of nine excellent receptions.

There is no question that the Angels have lost a lot of firepower following the departure of their reinforcements, but Prado bared that the Angels are eager to fulfill Laniog’s challenge.