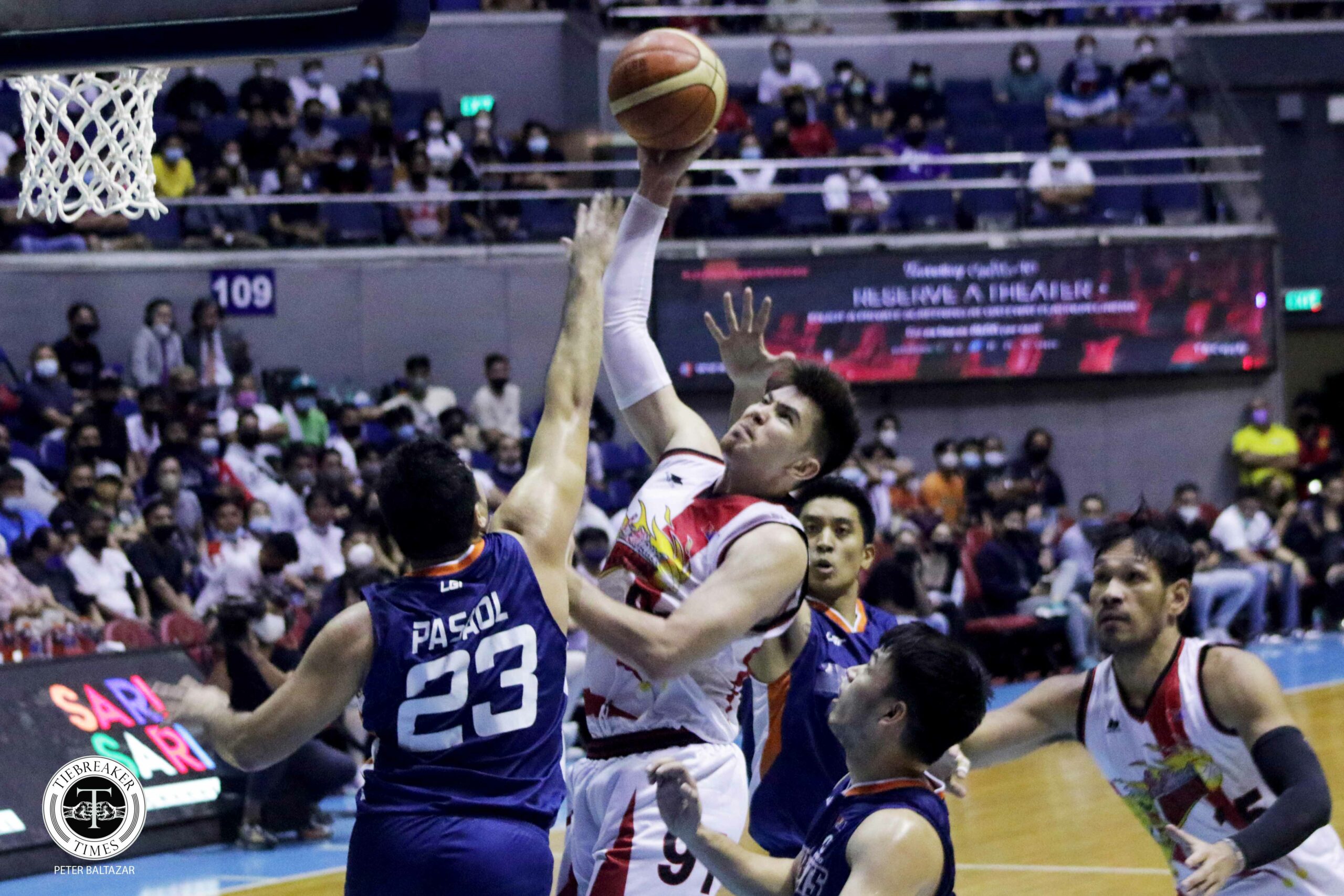 Rodney Brondial submitted his best game in a San Miguel uniform as he helped the Beermen maul Meralco, 121-97, to draw first blood in the 2022 PBA Philippine Cup semis Wednesday night at the SMART Araneta Coliseum.

The 6-foot-5 workhorse finished with a conference-high 20 markers and 11 boards as he played a big role in SMB’s early breakaway towards exacting vengeance on the Bolts to seize the 1-0 lead in the best-of-seven series.

SMB absorbed playoff losses to the MVP ball club in past seasons, the most recent of which in the last Governors’ Cup quarterfinals where the latter went all the way to the finale before bowing to rivals Barangay Ginebra in six.

CJ Perez top-billed for San Miguel with 25 points, including 10 in the first quarter alone that saw his side erupt for 33 points while limiting the worn-out opposition to just 17, setting up the one-sided affair all through out.

Vic Manuel made 16 points, while June Mar Fajardo added 11 markers as he hardly needed to pump out another MVP-worthy performance big thanks to the brilliant showing of Brondial, who also collected two assists and a steal.

Chris Banchero had 17 points to lead Meralco, who was visibly tired from its grueling Game 3 encounter with Ginebra last Sunday that saw them weather the Kings’ gallant fightback after being down by as much as 21.

The Fil-Italian guard went 5-of-5 from deep as he tried to spark the Bolts’ rally in the fourth quarter. They knocked to within just 14, but Perez and Brondial made sure that they won’t come any closer to secure the victory.

Raymond Almazan made 16 points in the loss. Raymar Jose had 12 points and six rebounds, while Cliff Hodge added 11.

Game Two is on Friday.