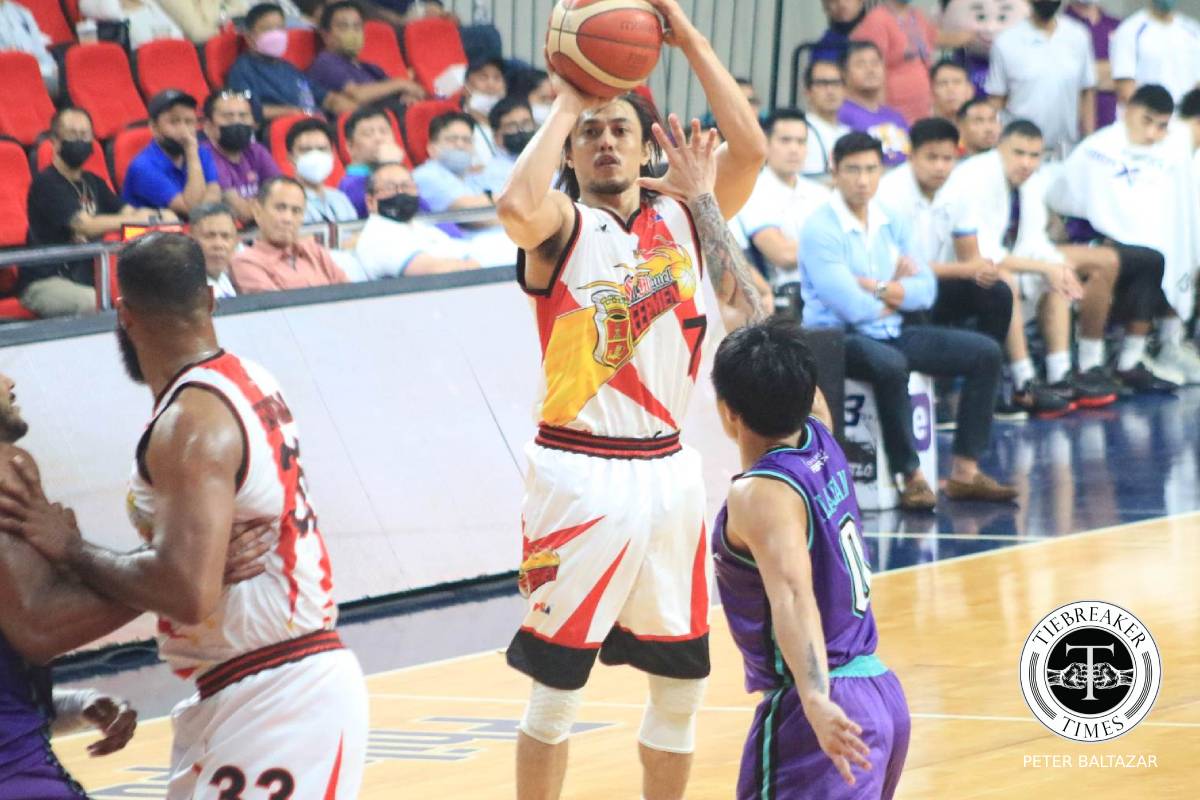 San Miguel didn’t allow Converge to repeat, 114-96, to gain a head start in the PBA Commissioner’s Cup quarterfinals, Wednesday at the Philsports Arena in Pasig.

June Mar Fajardo and Devon Scott paired up to provide endgame stability after seeing their foes come within 11 from 31 points down, while CJ Perez came through afterward to give the Beermen the 1-0 lead in the best-of-three affair.

“They’re gelling now. The best part about it is everybody’s healthy now, so everybody’s contributing, everybody’s during their job. It’s so nice to have a healthy team,” offered acting head coach Jorge Gallent postgame.

The league’s only six-time MVP proved to be the difference after missing the first encounter last October due to a throat surgery, contributing in his team’s second-quarter breakaway for a 55-32 lead at the half.

That stretch saw him join hands with Terrence Romeo, who scored seven of his 13 points in the said period to spark the surge from an eight-point lead.

Still, Gallent was far from satisfied with how the Beermen finished the game, hoping to address the matter prior to Game Two on Saturday.

“We just have to protect the lead. I also addressed ‘yung team or ‘yung players, we can’t relax on teams like this. This is already the playoffs. They wouldn’t be here if they weren’t a good team,” said the veteran mentor.

“I always tell them, we have to play 48 minutes of aggressive basketball and then we will be all right. But if we lapse 2 to 3 minutes, we give them opportunities to take advantage of our lapses. We can’t do that,” he continued.

Meanwhile, Quincy Miller carried the load for the FiberXers with a game-high 41 points and 13 rebounds in the loss — the team’s third straight already since winning seven consecutive during the elimination round.

Justin Arana and Aljun Melecio had 11 points apiece, while Abu Tratter added 10 for Converge, who went 0-19 from deep in the first half.