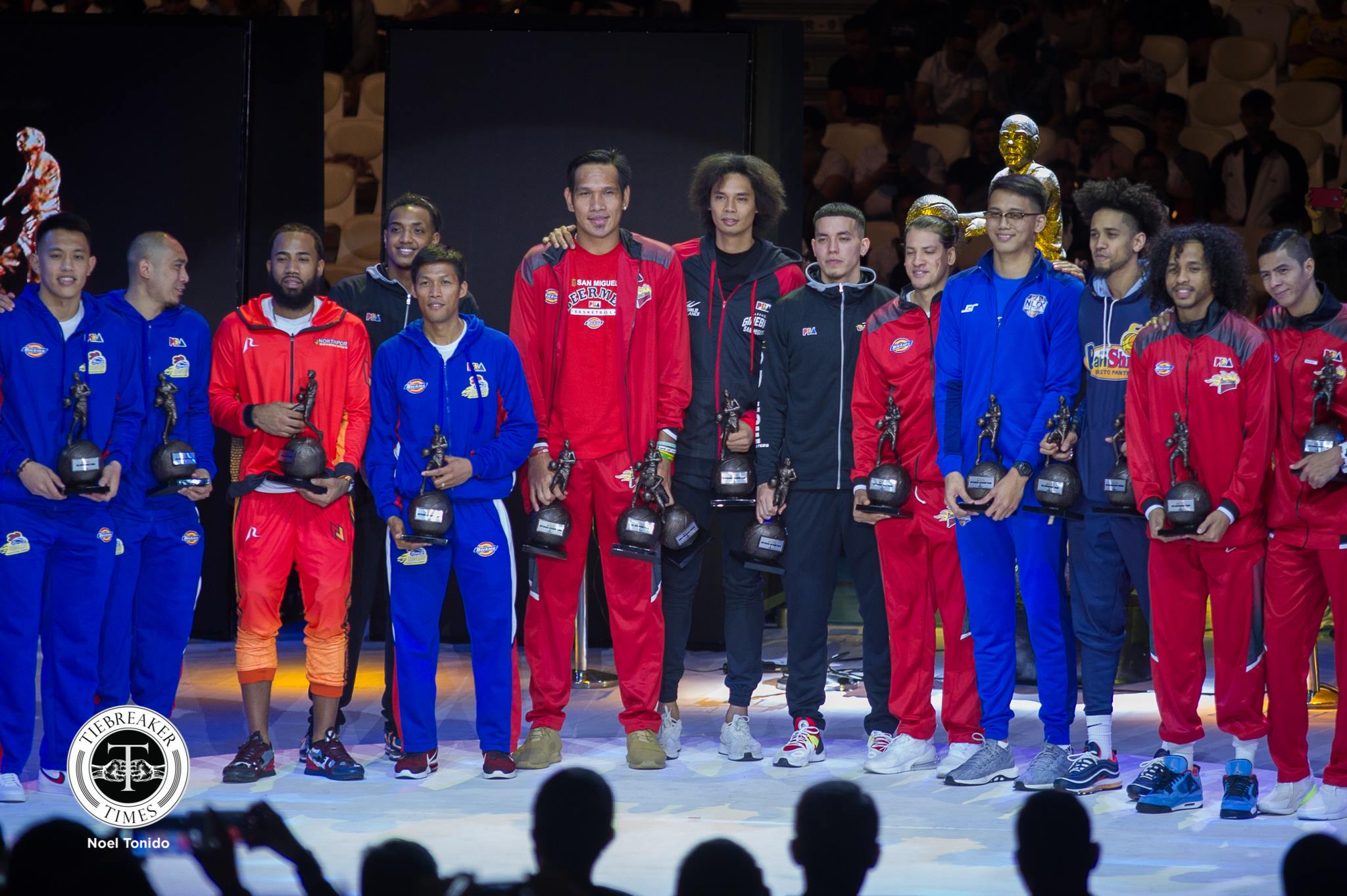 The PBA Press Corps will honor the season’s finest in its own way when it holds the silver anniversary celebration of its Annual Awards Night Monday at the Novotel Manila Araneta Center.

A total of 13 awards will be handed out by the group of print and online sportswriters covering the PBA beat during the two-hour affair, presented by Cignal TV and hosted by veteran broadcaster Sev Sarmenta and the lovely Rizza Diaz.

The highlight of the presentation is the bestowing of the Virgilio ‘Baby’ Dalupan Coach of the Year trophy to Magnolia mentor Chito Victolero, architect of the Hotshots’ title triumph in the season-ending Governors Cup.

Sharing the limelight with the 43-year-old Victolero are Danny Floro Executive of the Year winner San Miguel Corporation (SMC) sports director Alfrancis Chua, along with the entire PBA Board led by chairman Ricky Vargas, who will be accorded with the President’s Award. Vargas, who is also current Philippine Olympic Committee (POC) president, will likewise serve as guest speaker.

For the first time in the 25-year history of the annual tradition – first held in 1993 at the old Dona Nena’s Restaurant – the Press Corps is going to confer the first-ever Lifetime Achievement Award, with no less than Alaska team owner Wilfred S. Uytengsu as the rightful recipient.

Other awards to be given include Mr. Quality Minutes (Vic Manuel); Defensive Player of the Year (John Paul Erram); Game of the Season (Barangay Ginebra-Rain or Shine 3OT); Breakout Player of the Season (Chris Tiu); Scoring Champion (Stanley Pringle); and Order of Merit (June Mar Fajardo, Paul Lee, and Manuel).

Also in the honor roll are the winners of the All-Interview Team (Yeng Guiao, Joe Devance, Chris Ross, Mike Digregorio, Christian Standhardinger, and Tiu); the All-Rookie Team (Jason Perkins, Jeron Teng, Paul Zamar, Robbie Herndon, and Standhardinger); and the PBA D-League Finals MVP, which will also be handed out for the very first time.

The Press Corps – which is also celebrating its 30th founding anniversary – will also recognize all past presidents and senior members who helped laid down the groundwork for the first-ever PBAPC Awards Night.

Tim Cone takes blame for Ginebra’s loss to San Miguel: ‘That’s on me’

Just as he did to Scottie Thompson, LA Tenorio takes Teytey Teodoro under his wing