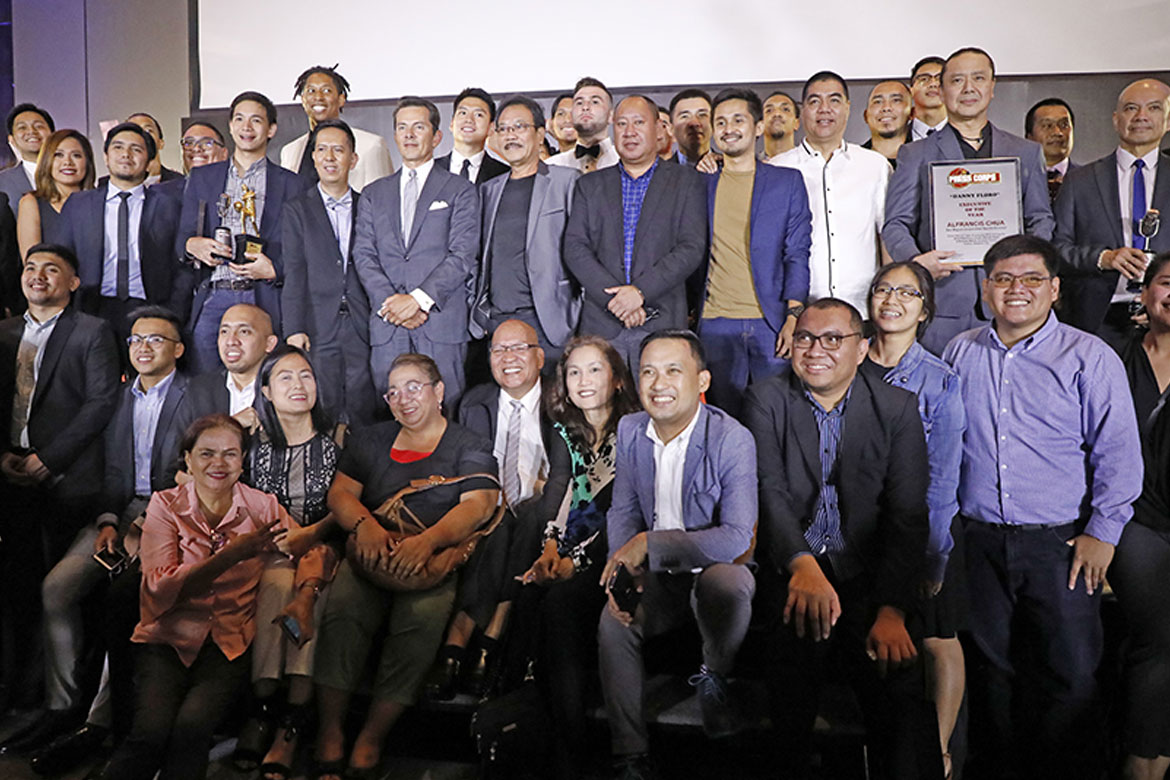 Thirteen awards were handed out by the group of print and online sportswriters covering the PBA beat during the two-hour affair, presented by Cignal TV and hosted by veteran broadcaster Sev Sarmenta and the lovely Rizza Diaz.

Columbian Dyip rookie CJ Perez and former GlobalPort Batang Pier forward Gab Banal were the recipients of the first-ever D-League Finals MVPs. Perez earned the honor after steering the Zark’s-Lyceum Jawbreakers to the 2018 Aspirants’ Cup crown, while Banal earned his after towing the Go for Gold Scratchers to the 2018 Foundation Cup title.

The Order of Merit award was received by reigning, five-time league Most Valuable Player June Mar Fajardo; Magnolia Hotshots star guard Paul Lee; and Alaska Aces’ power forward Vic Manuel. The award is given to players who collected numerous Player of the Week citations in a season.

Manuel was also named Mr. Quality Minutes. He only started just a single game in the 50 games he played, but he still averaged 16 points a night.

The Press Corps’ All-Rookie Team is made up of newly-minted Rookie of the Year Jason Perkins of the Phoenix Fuel Masters; Christian Standhardinger and 2012 draftee Paul Zamar of San Miguel; Magnolia Hotshots’ Robbie Herndon; and Jeron Teng of the Alaska Aces.

The recently-retired Tiu also earned Breakout Player of the Game honors thanks to his scoring explosions in the final two games of his brief career.

Though he was surprisingly left out of the All-Defensive Team, former Elite and now new Road Warrior Poy Erram bagged the Defensive Player of the Year citation. Part of his impressive breakout last season with Blackwater was his defense, as he led the league in blocks with 1.9 a game.

Meanwhile, the Ginebra-Rain or Shine triple overtime game back in the 2018 Philippine Cup – where the Gin Kongs reigned victorious, 100-92 – was named the Game of the Season. Tiu and Devance both accepted the plaque.

And for the first time ever in the Press Corps’ rich history, the group gave a Lifetime Achievement Award, to Alaska’s passionate team owner Wilfred Uytengsu Jr.

The night was capped off with the awarding of the Coach of the Year plum. Magnolia’s think-tank Chito Victolero won the coveted plum, as he steered the Hotshots to the Philippine Cup Finals, and eventually won the Governors’ Cup title at the expense of Alaska, to take the franchise’ first championship since 2014.

But the highlight of the Awards Night wasn’t just the players, the coaches, and the executives. The night also gave a nod to the senior members of the prestigious body, which helped build the Press Corps to what it is right now.

Aside from vets such as Rocky Nazareno, Beth Repizo, Grace Basa-Castillo, and the present seniors of the PBAPC, former presidents such as Raffy Japa, Willie Caballes, and Barry Pascua, among others, were honored as well.