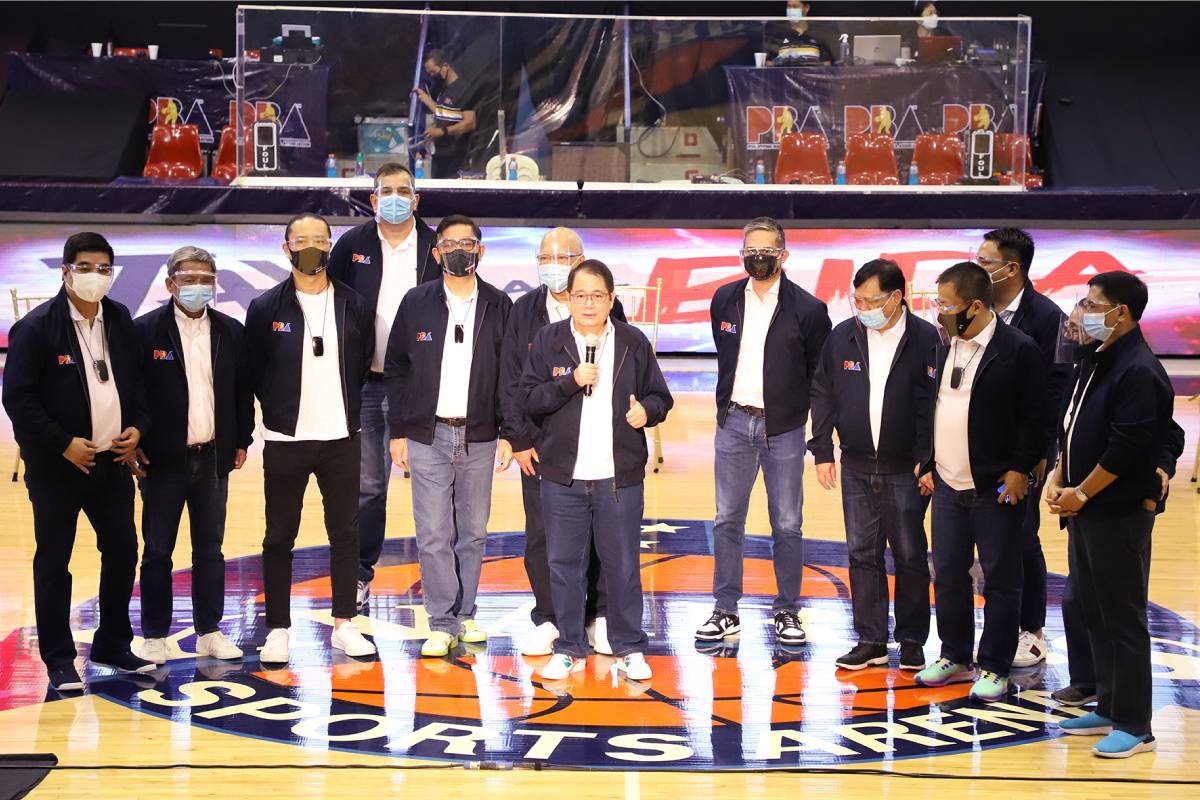 The PBA formally opened its 46th season Friday at the Ynares Sports Arena in Pasig, marking the league’s return to action after waiting for seven months.

Marcial graced the rites together with the Board of Governors, spearheaded by Chairman Ricky Vargas, now entering his fourth term.

“As the PBA returns today after a long offseason break, let this occasion be a day of thanksgiving,” said Vargas, who’s also the TNT governor.

Vice Chairman Bobby Rosales of Terrafirma and treasurer Dickie Bachmann of Alaska were also there to complete the Executive Board.

Completing the attendance were Blackwater governor Silliman Sy, together with Erick Areloja of NorthPort.

“Malaking bagay po kayo sa akin,” said Marcial as he expressed utmost gratitude to the PBA Board for their help in the league’s return.

The rites were far from the grand ones the league had in past seasons. Fans, for example, saw the usual parade of all 12 teams scrapped from the program.

Still, all ball clubs and their players were introduced one by one.

This marks the league’s return to action months after the successful staging of the Philippine Cup bubble last year in Clark, Pampanga.

Asia’s pioneering pro league should have returned last March. However, it saw those plans thwarted thanks to the spike in COVID-19 cases in the country.

That subsequently prolonged the PBA’s wait, until the Inter-Agency Task Force last week finally gave its go-signal to play.

And now, the season is on.