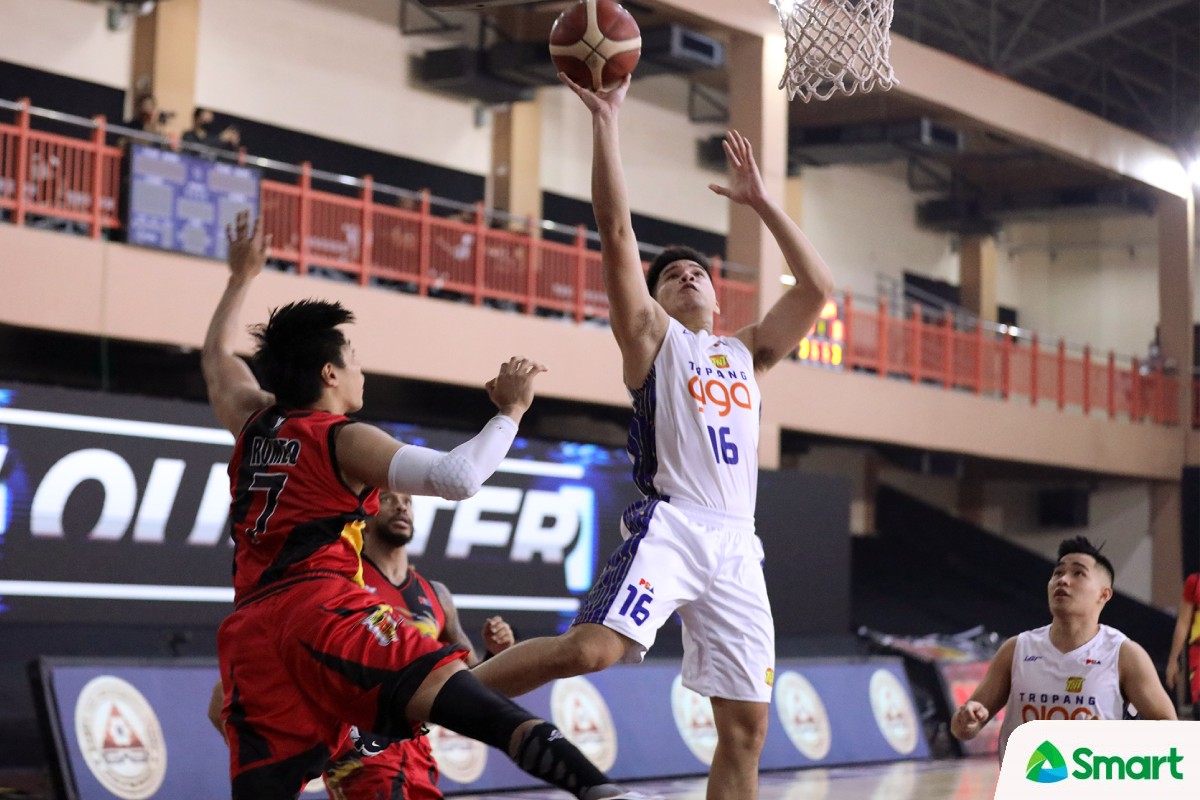 There were no let-ups this time around as TNT dominated San Miguel, 115-98, to take a 2-1 lead in the 2021 Honda PBA Philippine Cup semifinals, Friday night at the Don Honorio Ventura State University Gym in Bacolor, Pampanga.

The Tropang Giga opened the match with 11 straight points and never looked back since, playing consistently all the way to the end unlike in the series’ first two games where they lost double-digit leads–especially last Wednesday.

“Our focus now was to come out and play the full 48 minutes. And kanina after the third quarter when we had the lead, yun lang naman ang pinag-usapan namin,” said head coach Chot reyes. “We just reminded them, ‘okay, ito na naman tayo. Starting the fourth quarter, the last 12 minutes, let’s focus, lock in and remember what we talked about: we need to be able to close out games. We need to play a complete 48 minutes.’

“And to the credit of the players, they responded,” furthered the champion bench tactician. “I wish I could give you some magic, fantastic answer, wala naman talaga. Yun lang. Just keeping it simple.”

Roger Pogoy was once again on the forefront with a conference-high 26 points, shooting 45-percent from the field. Center Poy Erram continued his stellar play as he finished with 21 points and 13 rebounds–both his bests in the tilt.

Mikey Williams was finally back to his usual ways after being quiet in the first two games with 20 points. He also had five boards, five assists, and a steal in the 33 minutes and 29 seconds he played.

The Fil-Am guard was the one who gave TNT its biggest lead of the game at 25, 98-73, after a rare four-point play completion with 8:05 left. It was one of his four triples in the game that saw his team drain 13 outside shots,

Troy Rosario supplied 14 points and seven caroms, while Kib Montalbo chipped in 11 markers as all five starters finished in double figures in the win.

“We’re overmatched in size, so we just want to continue being able to play our game. If you’re going to ask me the one characteristic or one answer for why we’re able to compete with them, I think it’s just really our effort,” Reyes said.

June Mar Fajardo had 14 points and 10 rebounds. CJ Perez also had 14, as Alex Cabagnot and Mo Tautuaa had 12 and 11 markers, respectively.

#ReadMore  Whether he's available for Feb window or not, Sotto will be ready for 2023