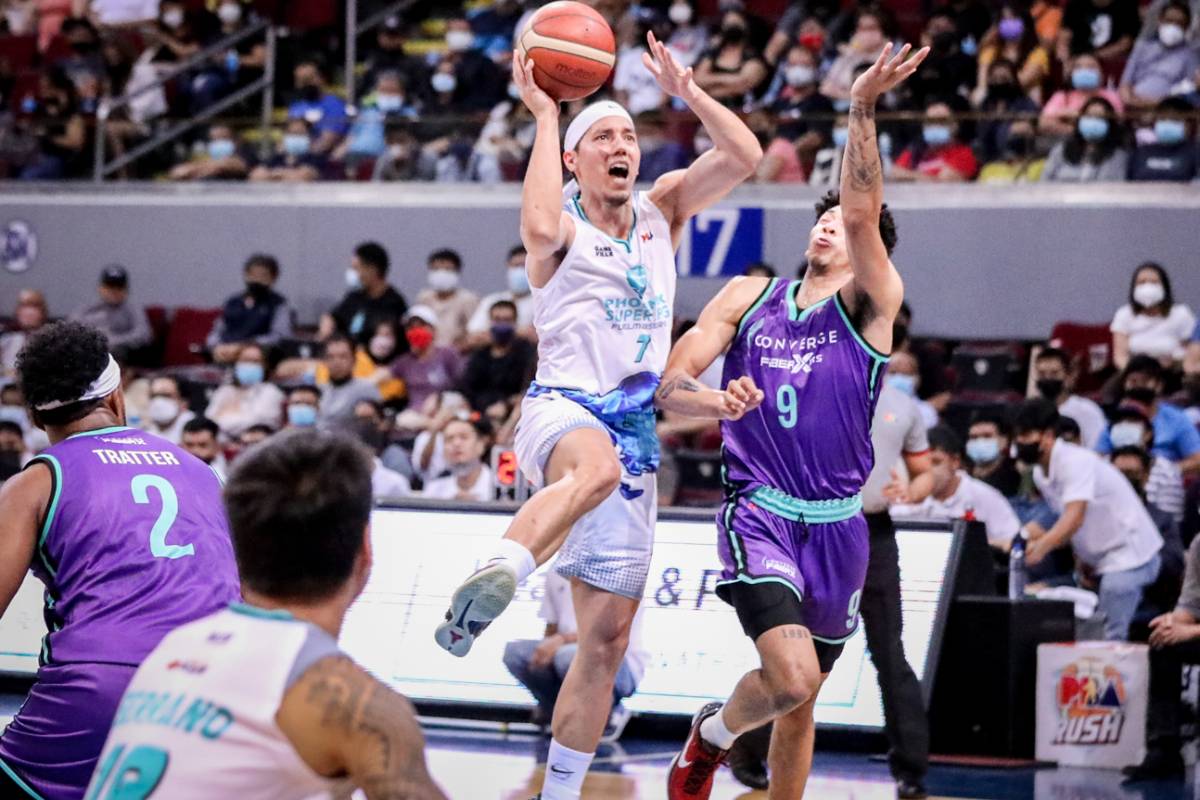 Matthew Wright powered Phoenix Super LPG to its most impressive win so far, leading his side to a dominant 89-66 rout of Converge to stay alive in the 2022 PBA Philippine Cup playoff race, Saturday night at the SM Mall of Asia Arena in Pasay City.

Wright got 15 points on 24 attempts with eight rebounds, four assists, and three steals.

The win kept the Fuel Masters’ slim playoff hopes alive, rising to a 3-7 slate with one game left.

During that one game against Ginebra on Thursday though, Wright will be out as he is set to get married on the 24th with long-time partner Gabriela Rosa in New York.

“It’s a way to honor Matt playing his final game for us,” Fuel Masters head coach Topex Robinson said about the 31-year-old gunslinger who has been with the team since 2016.

“We only focus on what we have control of. We are going to play our hearts out against a champion team like Ginebra. Whatever the result is there, we are just going to keep moving forward,” he continued.

After a low-scoring first quarter, Phoenix zoomed to a 27-point second stanza while limiting Converge to just nine points to take a commanding 47-20 lead.

It was all Phoenix in the second half, leading by as many as 35 points, 68-33, after a Jake Pascual basket with 3:29 remaining.

And with 47 seconds left, Robinson finally pulled out Wright of the game for one last time.

Jason Perkins contributed 14 points, six rebounds, five assists, a steal, and a block while Aljun Melecio provided a spark with 12 markers, four boards, and two assists off the bench.

Tyler Tio also notched 11 points, four rebounds, four steals, and an assist of his own.

Meanwhile, no player from the FiberXers reached double digits in scoring.

Abu Tratter and Tyrus Hill both led the team with nine markers apiece followed by Ben Adamos who tallied eight points, three rebounds, and a block.

Converge (4-6) will look to get a win in its final elimination round tilt against Blackwater (5-4) on Wednesday, July 20, at 3:00 PM at the SMART Araneta Coliseum.

A win by the FiberXers will clinch the last playoff spot.