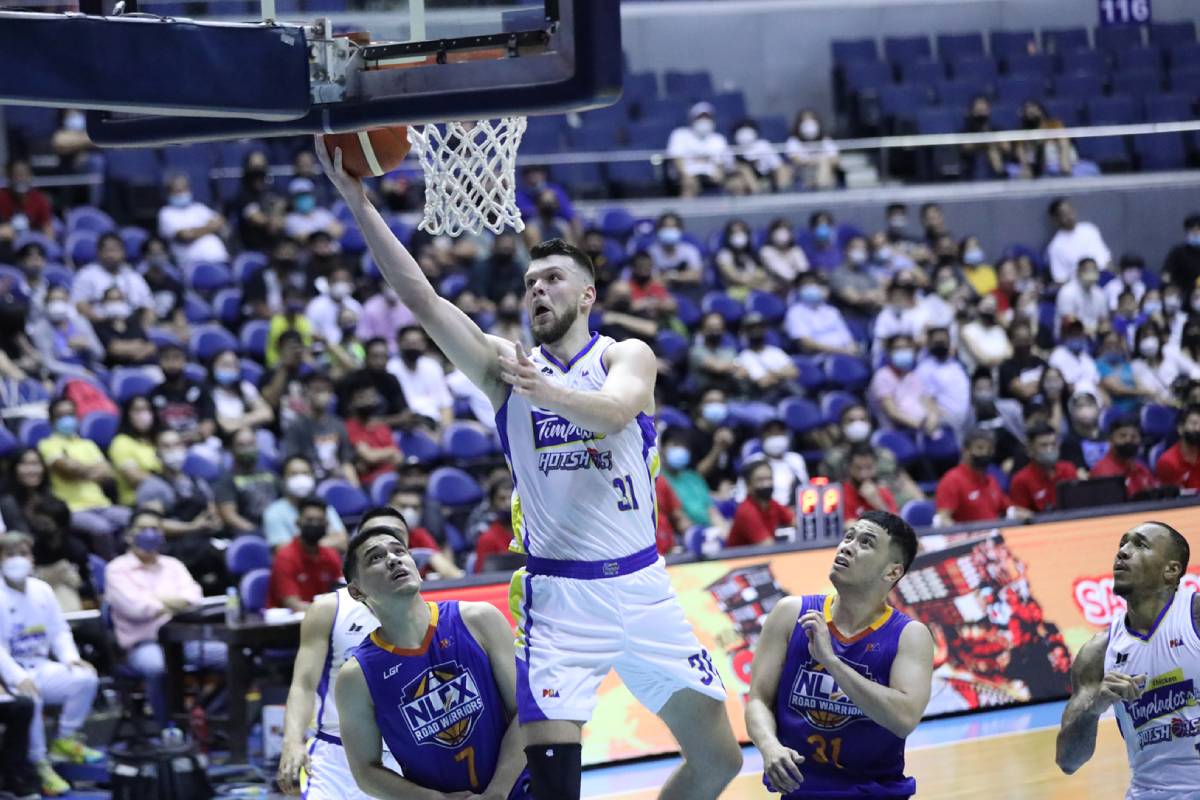 Hardly bothered by knee problems, Nick Rakocevic powered Magnolia to a 111-97 blowout of NLEX to remain as the only unbeaten team in the PBA Commissioner’s Cup, Wednesday night at the SMART Araneta Coliseum.

Spared from a major injury after falling in pain in their narrow win over TNT last week, the Serbian bruiser finished with 36 points and 15 rebounds to lead the Hotshots to the top of the standings with a clean 4-0 record.

“I think I’m a little fatigued, you know, tired. Knee is still not a hundred percent, but like Coach was saying, everybody had to sacrifice,” he said. “I had to go out there and play through the pain because everybody’s sacrificing on the team.”

Sacrifice has indeed been the theme for Magnolia as of late, and was best exemplified by no less than head coach Chito Victolero.

The champion mentor had a hard cast on his left foot after undergoing surgery mere days ago to repair his injured Achilles, but made sure not to miss the game as he attended and fulfilled his duties despite the situation.

So it was a good thing that his Hotshots turned in a masterful performance as he stayed easy on the bench together with key cogs Ian Sangalang and Rome Dela Rosa, who both sat out due to illness but were still present to support.

“Sacrifice is what really carried us in this game,” said lead assistant coach Jason Webb post-game. “If you look at it from top to bottom, you have coach Chito coming over here after an operation two, three days ago.

“We have guys that had typhoid fever coming here, being present. Nick was only able to practice one day but I think as a team, everyone appreciated each other’s effort,” added the seasoned bench tactician.

Jio Jalalon submitted all-around numbers of 18 points, eight assists, and five rebounds, while Mark Barroca tallied 16 markers for a Magnolia side that saw all but two of the 14 players score at least two in the triumph.

Justin Chua and Kevin Alas, meanwhile, had 16 points apiece to lead NLEX, who has yet to win under new head coach Frankie Lim.

The Road Warriors started out the mid-season joust with wins against Rain or Shine and Blackwater under lead deputy Adonis Tierra, but has yet to taste success with Lim since their match versus Phoenix last Saturday.

NLEX will try to change that when it takes on Cam Oliver and TNT next Wednesday, October 12, 5:45 p.m. at the Philsports Arena.t