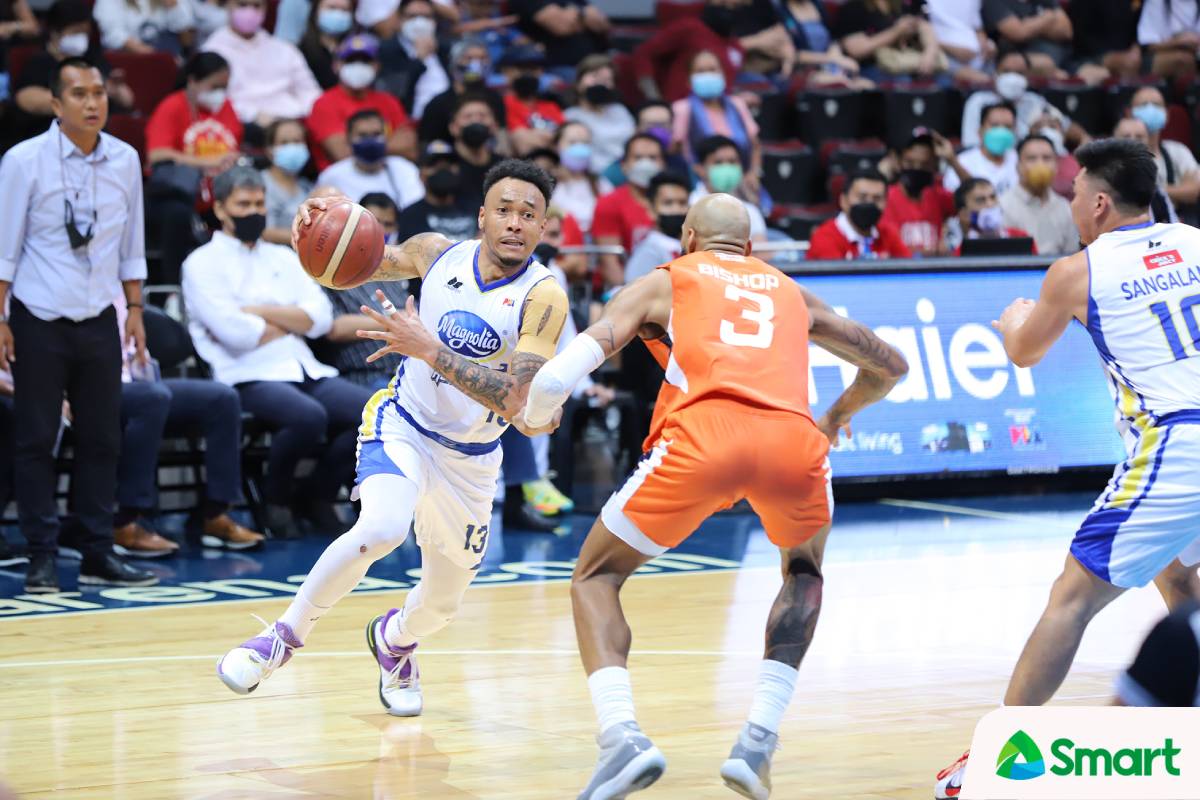 Magnolia rallied from behind to beat Meralco, 94-80, to draw first blood in the 2021-22 PBA Governors’ Cup semifinals, Wednesday at the SM Mall of Asia Arena.

The Hotshots started slow and fell behind by 17 in the second period, but turned things around come the second half on the way to stretching their mastery of the Bolts that dates back from the Philippine Cup semis in Bacolor.

Head coach Chito Victolero, however, was far from pleased as he expressed concern over yet another sluggish start by his wards.

Mie Harris finished with 26 points and 16 rebounds as Magnolia gained a much-needed head start in the best-of-five series.

Jio Jalalon supplied 15 points, six rebounds, and six assists. The do-it-all guard was instrumental in that 12-3 run to finish the third quarter for a 64-56 lead, which the Hotshots protected the rest of the way.

Paul Lee had 13 points, while Calvin Abueva supplied 12 points, four rebounds, and four assists as he shrugged off a shoulder issue in the third.

“It’s very important, lalo na’t best-of-five lang and 1-0,” said Victolero. “But we prepare for possession by possession. We talked about it, the importance of playing the most important game, which is the game today.”

Magnolia’s defense was in full effect yet again most especially against Meralco import Tony Bishop, whom they limited to just 10 points on 5-of-19 shooting.

Chris Banchero led the Bolts with 16 points in the loss that saw the team commit 16 turnovers, which were converted to 21 points by their foes.

Game Two is on Friday, 6 p.m., still at the same venue, with the Hotshots definitely looking to take a commanding 2-0 lead in the race-to-three tilt.