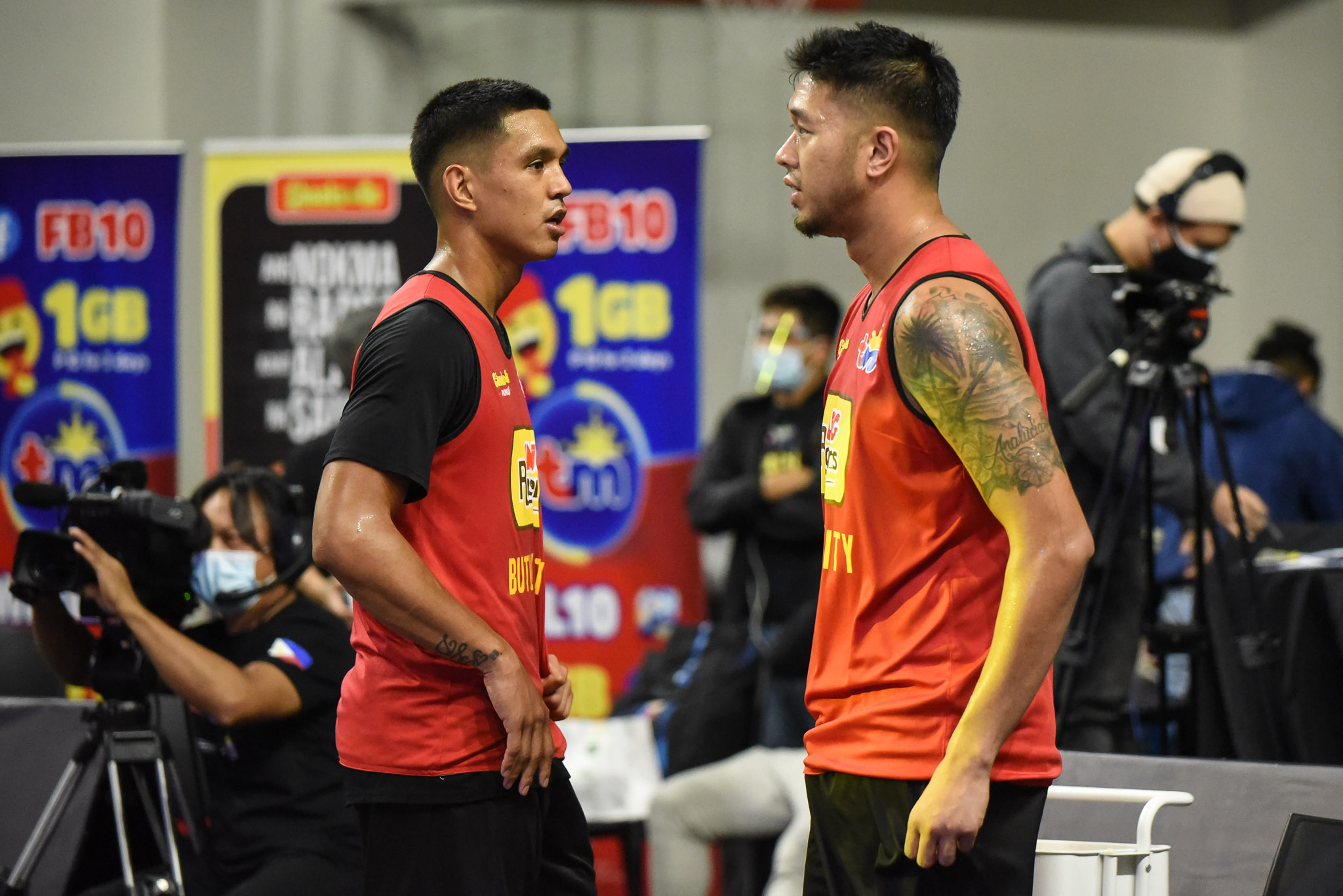 Platinum Karaoke knows that it will be drawing much attention in the upcoming PBA 3×3 season, given its players’ pedigree in the halfcourt game.

Save for former Alaska Ace Yutien Andrada, the troika of Karl Dehesa, Chris De Chavez, and JR Alabanza have all been seasoned in the emerging discipline, having played the three-a-side here and abroad in the past few years.

And, they’ve done so together. Dehesa and De Chavez represented Balanga in the Chooks-to-Go Pilipinas 3×3 and the FIBA 3×3 pro circuit in 2019, and then teamed up with Alabanza in Butuan for the Chooks President’s Cup the next year.

Dehesa and De Chavez were among the Philippines’ top 10 3×3 players, and became part of the Gilas Pilipinas 3×3 pool spearheaded by current PBA rooks Joshua Munzon and Alvin Pasaol, then the country’s top two cagers.

“I think all eyes are on us because we have the experience, and we’ve been playing this game longer,” offered Dehesa, himself a former PBA cager who has competed in numerous FIBA 3×3 World Tour Masters tournaments.

All that has made Platinum an early favorite for the much-anticipated inaugurals, which opens on Saturday at Ynares Sports Arena. But while other teams would downplay such a tag, De Chavez and Co. are actually embracing such.

“Favorites? We like that challenge,” said the 6-foot-6 sniper out of Ateneo, who was picked 25th overall by Kia Picanto in the 2017 PBA Rookie Draft.

“For us, it’s about, understanding pressure is a privilege, and embracing that pressure and being able to still perform no matter what kind of pressure is on us,” said Dehesa.

“It’s really up to us on how we perform out there.”

As confident as they are, though, the squad is keeping themselves grounded as they brace for the tough challenges coming from other teams.

“The competition is gonna be a lot higher, and the challenge is gonna be a lot greater. But, we trust each other out there, we practice hard every day, which I assume other teams do as well,” said the 34-year-old Dehesa.

Well, Platinum will have its hands full in the group stage. It is part of a stacked Group A, which also features TNT Tropang Giga, Purefoods Tender Juicy, Limitless App, and Zamboanga Valientes, one of the league’s three guest teams.

“We’re definitely coming in super confident. But not cocky,” De Chavez said. “Because the competition at this level is high and we’re gonna be playing against a lot of good players with high IQ who know how to play the game.

“We’re definitely coming in confident, but we know we have a challenge ahead of us.”