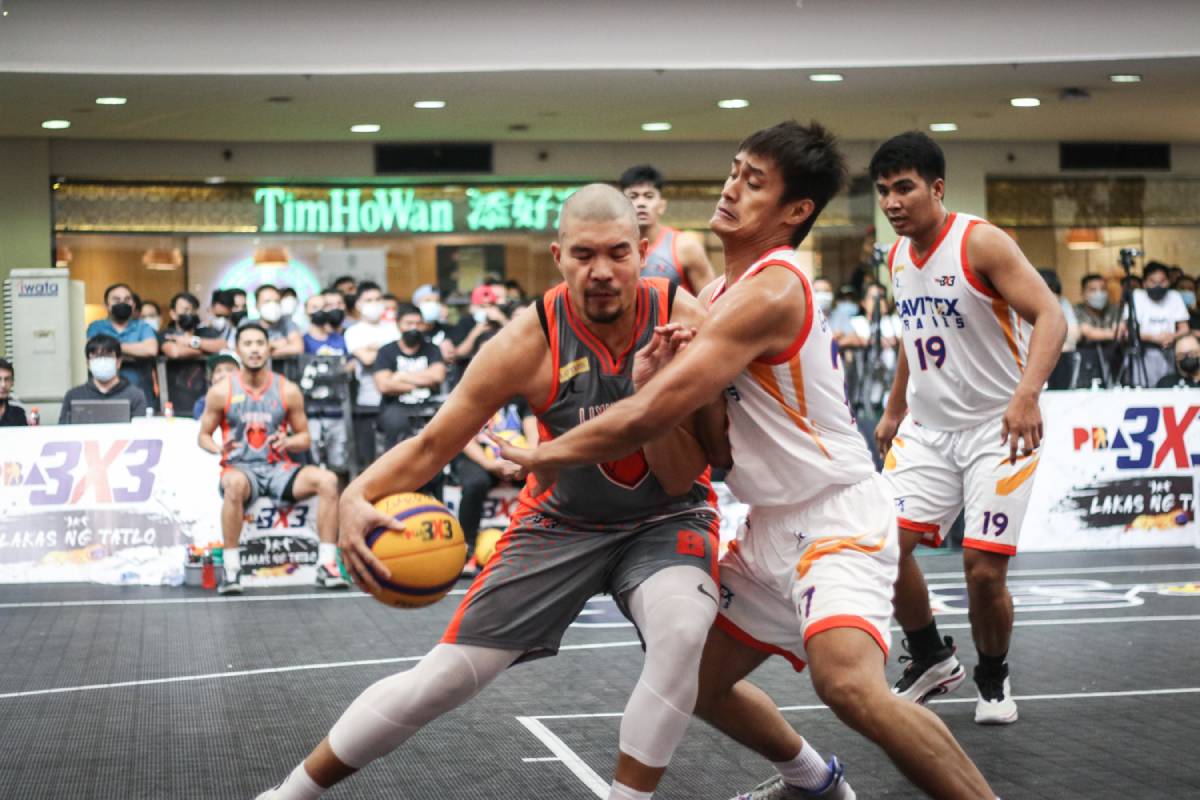 Limitless App outlasted the much younger CAVITEX in overtime, 22-19, to sweep its way to the PBA 3×3 Third Conference Grand Finals’ knockout stages, Sunday afternoon at the Robinsons Place Manila in Ermita.

Nico Salva buried the game-winning deuce, making up for the blunder he committed in the final seconds of regulation, which saw him fail to make his second free throw that could have potentially given his side the victory.

Jorey Napoles top-scored with nine points while Salva finished with eight for the Appmasters, who clinched the top spot in Pool A with a 2-0 record. Their other win came at the expense of Barangay Ginebra, 20-16.

Grand champions of the First Conference, the Phoenix Fuels-owned franchise is set to meet Purefoods Tender Juicy in the quarterfinals.

The Kings, on the other hand, finished as the no. 2 seed of the same pool with a 1-1 card. They will face the top-ranked TNT in the next stage.

Platinum (2-0) will take on San Miguel Beer in the quarters. Pool B’s second-seed Sista (1-1), meanwhile, is set for a collision course with Meralco.