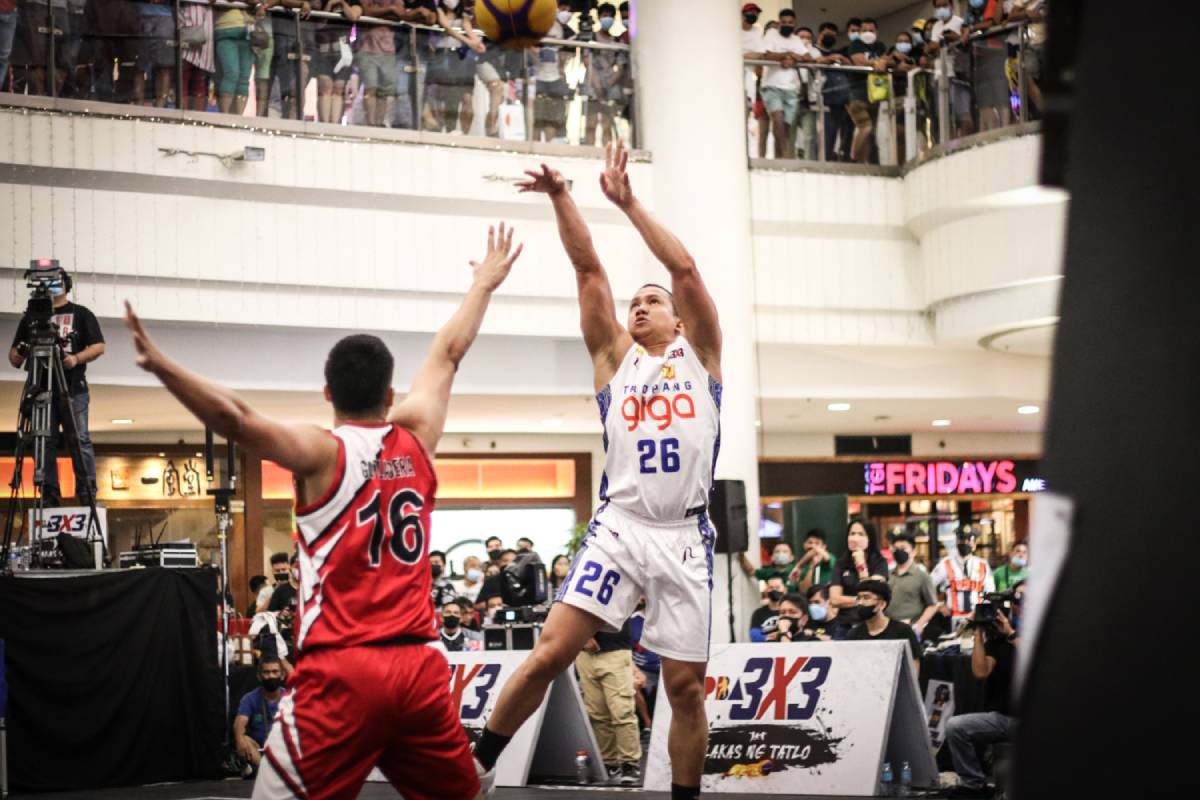 Two of PBA 3×3’s best are set to slug it out for Third Conference kingship as rivals TNT and Purefoods meet yet again after arranging a showdown for the biggest prize of them all, Sunday at the Robinsons Place Manila in Ermita.

Both squads actually met in the Leg 6 final last week, with the Tropang Giga keen to get back to the Titans after that 16-20 loss in the same venue.

The top seed entering the conference finals, the flagship MVP Group franchise was the first to book a ticket to the Last Dance by ousting the Ken Bono-less San Miguel Beer, 21-15, in the semifinals.

Almond Vosotros was once again on the forefront of the attack with 11 points, including the game-winning bucket off a strong drive to the hoop with 44.8 seconds left to give themselves a shot of getting P 750,000.

Lervin Flores made five points, while Samboy de Leon added three for TNT, whose core is set to represent Gilas Pilipinas in the 2022 FIBA 3×3 Asia Cup happening this week at the Marina Bay Sands in Singapore.

Purefoods went on complete the finals cast by eliminating Sista, 21-19, with Jun Bonsubre and Jed Mendoza delivering the final points to seal the win.

Joseph Eriobu led the Titans with 10 points. Mendoza contributed eight, while Bonsubre added three in the win that also sent veteran Marvin Hayes back to the conference finals since the First Conference with Limitless.

The Beermen and the Super Sealers, meanwhile, are set to battle each other in the battle for third, with the winner taking home P 100,000.