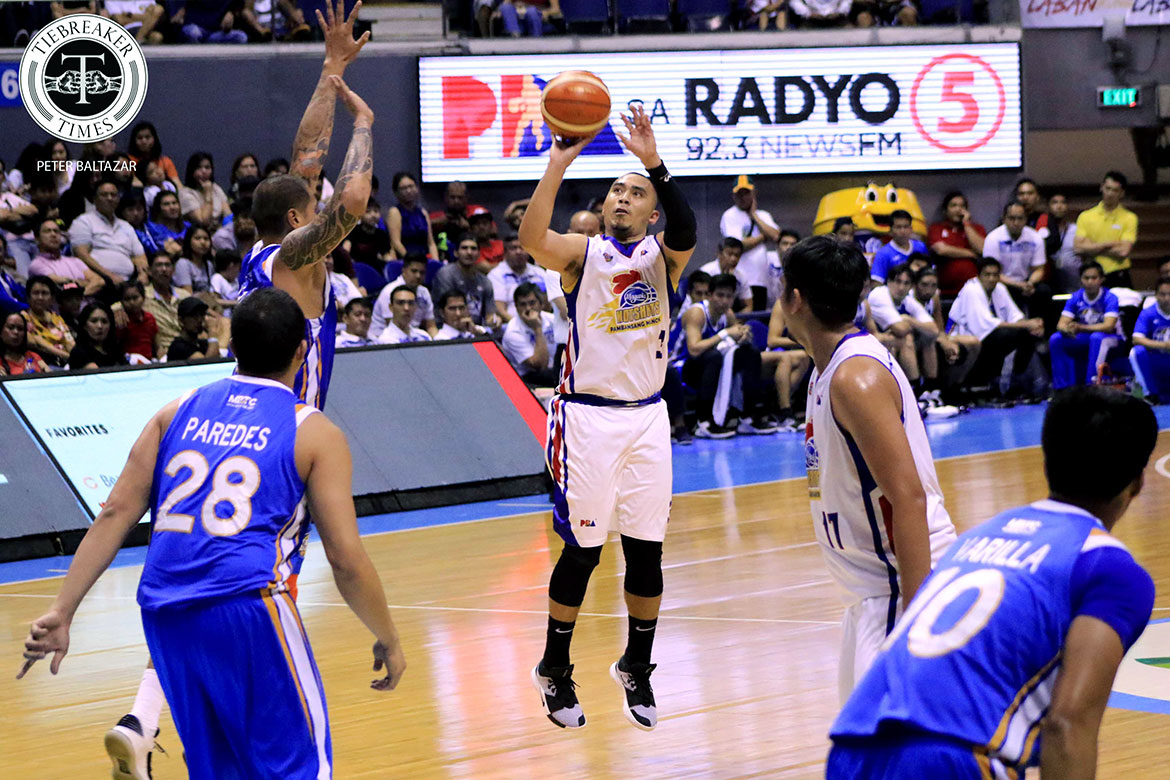 Wanting to avoid a twice-to-beat disadvantage, the Magnolia Hotshots obliterated the NLEX Road Warriors, 102-74, in the final day of eliminations, Wednesday evening at SMART Araneta Coliseum.

The Hotshots seized control of the match prior to the break, scoring nine straight points to turn a seven-point lead to a commanding 46-30 edge. Their lead would balloon to as big as 31, 94-63, with six minutes left in the game.

Magnolia finished with a 6-5 card. They will face Barangay Ginebra San Miguel in a best-of-three quarterfinal series that will start this Saturday, April 6.

“We will focus now on the quarterfinals. Happy ako na napapunta kami sa equal opportunity sa playoffs, although medyo mahirap because we will be facing a tough team in Ginebra,” said Magnolia head coach Chito Victolero.

Mark Barroca had 14 points, three boards, and three assists, while Ian Sangalang chimed in 10 in the win.

Magnolia’s defense proved to be too much for NLEX, as they limited the Road Warriors’ field goal shooting to just 31 percent; prior to Wednesday, NLEX had been shooting 41-percent. Magnolia also forced NLEX to commit 15 turnovers.

Bong Galanza was the lone double-digit scorer for NLEX with 10 points.

The Road Warriors ended the eliminations with a 4-7 card. They need Barangay Ginebra to win against NorthPort Batang Pier – which will also take place this Wednesday night – to secure the seventh spot.

Otherwise, they will be relegated to a playoff for the eighth and final playoff spot versus the Alaska Aces on Friday.