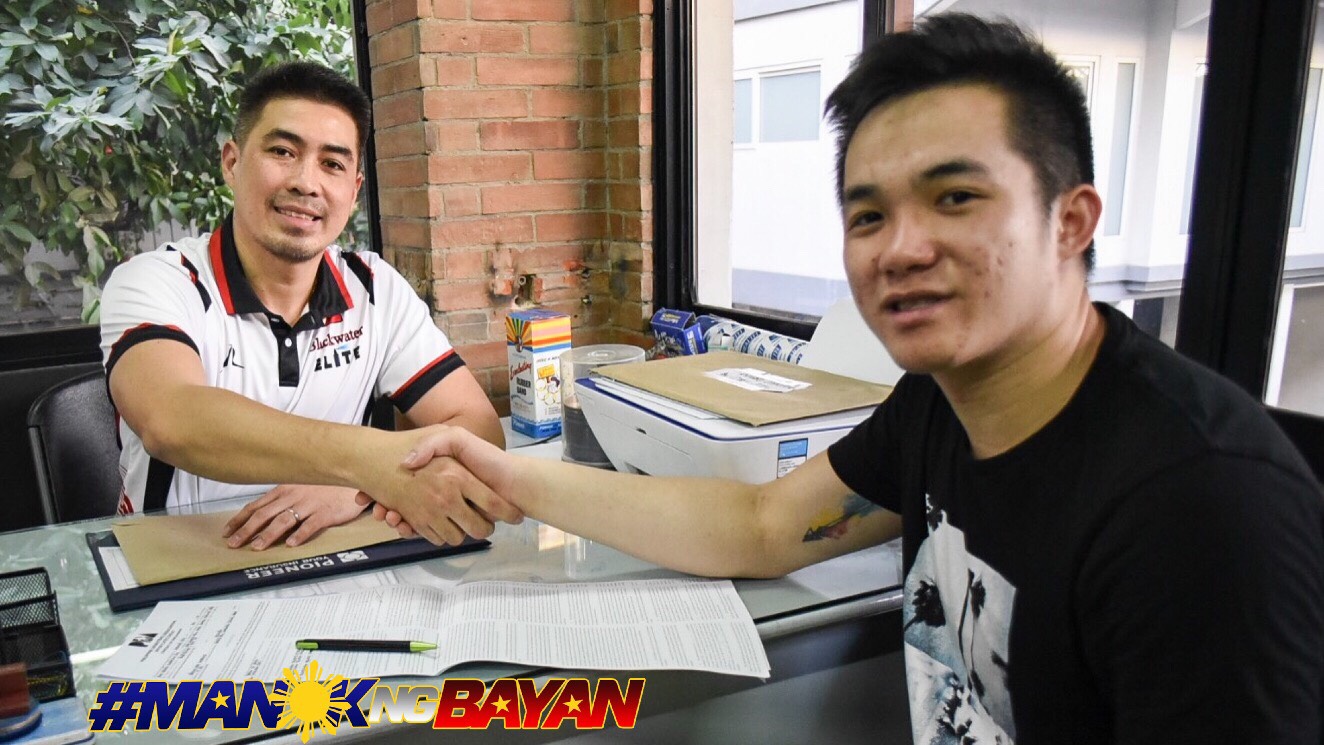 The long wait was certainly worth it for the rookies of the Blackwater Elite.

Twelve days after being drafted, Paul Desiderio, Abu Tratter, and Diego Dario finally signed their contracts with the Blackwater Elite.

“Actually, we are excited kasi everybody’s been signed up before the year ends. At least, for Paul, Abu, and Diego, they could not focus on the job at hand,” said Blackwater team manager Joel Co during the contract signing held at Reyes Gym in Mandaluyong City, Thursday afternoon.

Both Desiderio and Tratter signed three-year, max contracts with Blackwater while Dario inked a one-year deal.

Dario and Tratter, the fourth and seventh overall pick in the 2018 PBA Draft, were traded by the NLEX Road Warriors to Blackwater while Dario was the 24th overall pick.

With the trust given to him by Blackwater, Desiderio vows to perform at his best for the Elite.

Two championships load up pressure on UP Lady Maroons