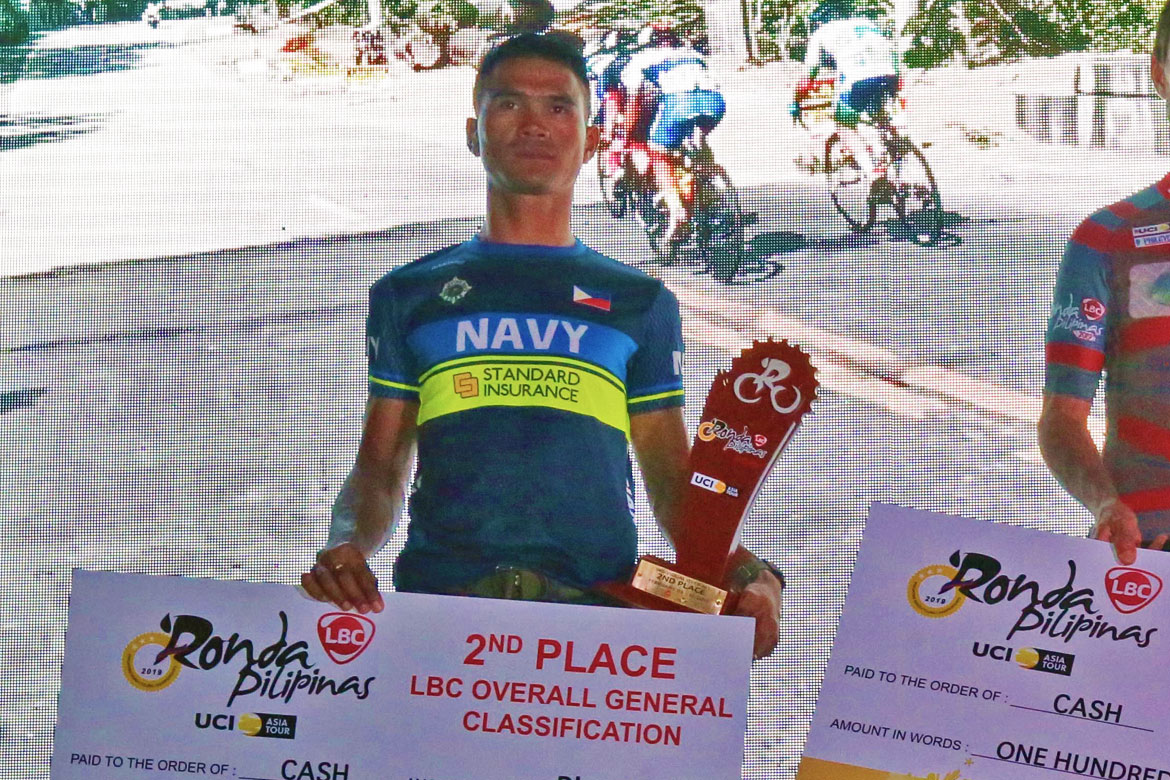 Standard Insurance-Navy will parade former champions Ronald Oranza and Jan Paul Morales as it seeks to re-assert its dominance against a stacked field in the LBC Ronda Pilipinas 10th anniversary race unfurling on February 23 in Sorsogon and ending on March 4 in Vigan, Ilocos Sur.

Oranza, the 2018 champion, and Morales, who won it in 2016 and 2017, and the Navymen have loomed the early favorites to rule the 10th edition of the country’s biggest cycling race as they will also be bannered by consistent top 10 finishers El Joshua Carino, George Oconer, Ronald Lomotos, John Mark Camingao and many-time King of the Mountain winner Junrey Navara.

Newbie Lance Allen Benito is the eighth and last member of the Navy team that has lorded three of the last four editions of the race staking P1 million to the individual champion.

“We will just try to live up to what is expected of us, which is to win,” said Navy coach Reinhard Gorantes in Filipino.

Gorantes, however, admits that this year’s race should be tougher since champion 7Eleven Cliqq-Air21 by Roadbike Philippines is making a much-awaited return since winning the team event seven years ago.

Mark Galedo, the 2012 titlist, will spearhead the team that is also composed of grizzled veterans Marcelo Felipe and Rustom Lim.

Ageless Santy Barnachea, who won the inaugural staging of this race in 2011 and 2015, will also make a comeback as he leads a youth-laden Scratch It squad as well as 2014 winner Reimon Lapaza, who will represent Celeste Cycles-PH-Devel Project Pro Team.

#ReadMore  Barnachea, Morales out to lead Excellent Noodles back to Ronda glory

“There are a lot of team this year who are capable of beating us, 7Eleven is one of them,” said Gorantes.

Ronda will then continue with a 128.9km Lingayen-Lingayen Stage Six on Feb. 29, 171.9km Lingayen-Nueva Ecija Stage Seven on March 1, 177.1km Nueva Ecija-Baguio Stage Eight on March 2, 176.4km Pugo, La Union-Vigan Stage Nine before closing it with a Stage 10 criterium in Vigan on March 4.