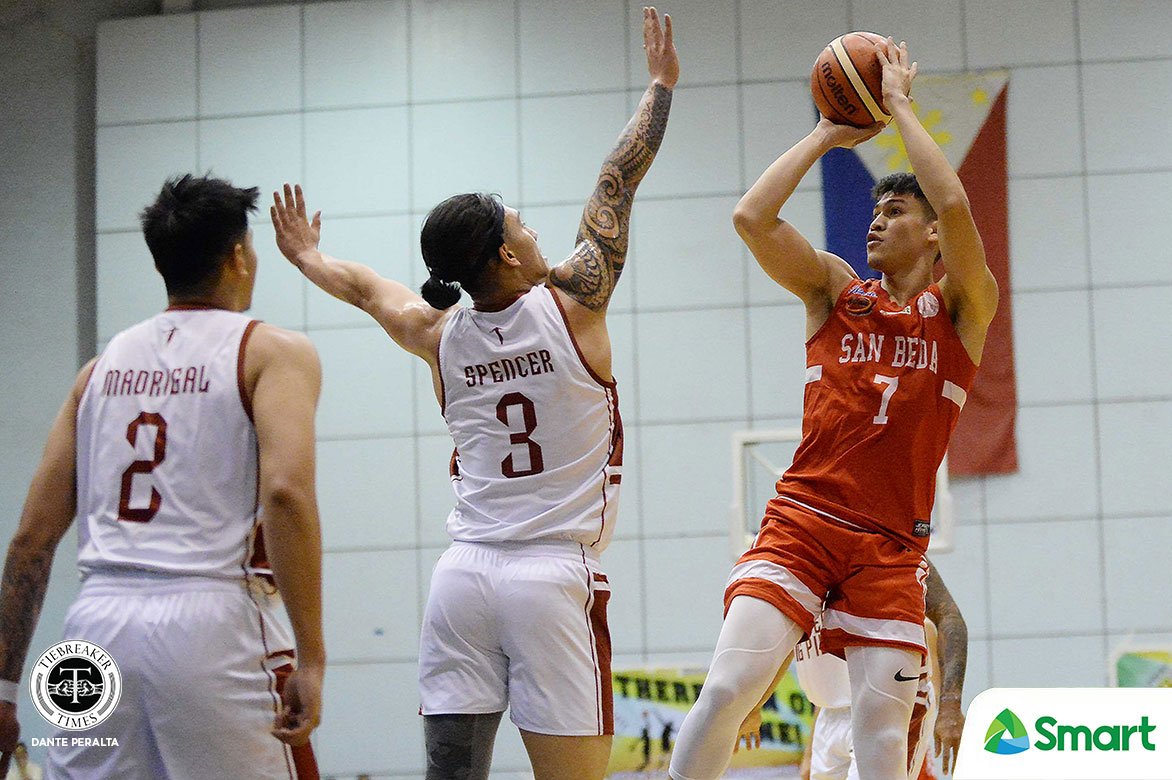 San Beda University survived the Ricci Rivero-led University of the Philippines, 65-63, to barge into the 2019 PCCL National Collegiate Championship Finals, Saturday at the Ynares Sports Arena in Pasig.

Behind the collective hats of James Spencer, Ricci Rivero, CJ Catapusan, David Murrell, and Joe Gomez de Liaño, UP went on a 17-7 blitz to slice San Beda’s once 12-point lead to just two, 60-62, with 31.1 remaining.

Calvin Oftana’s shot pushed San Beda’s lead to four points. But Rivero drained a crucial triple on the other end to bring the Fighting Maroons within one, 63-64, with 7.3 left to play.

Oftana then went for a split on the line, giving UP a chance to snatch the game. However, Catapusan missed a potential game-tying jumper, spelling doom for UP.

“Medyo nagbago ng game namin nung first half ,but we stepped up in the second half. That three-point of Rivero — nag-switch na kami, but he still made the shot,” said San Beda head coach Boyet Fernandez on Rivero’s crucial three.

“My players played good defense in the second half. Rivero is Rivero. I know UP will come back but at least we passed this one, and we play our usual game against Ateneo,” he added.

The NCAA Season 95 MVP led the way for the Red Lions with 16 points on 6-of-15 shooting, alongside two rebounds and two assists.

Meanwhile, Rivero ended up with 27 points, four rebounds, four assists, and four blocked shots on top of four turnovers for UP.

Murrell scored 15 points on a 6-of-9 clip. J-boy Gob and Catapusan added six apiece in a losing cause.

San Beda will go up against reigning UAAP king Ateneo in the championship round tomorrow at 4:00 P.M., at the FilOil Flying V Centre.

UP, on the other hand, will face University of the Visayas in the battle for third at 2:00 P.M. at the same venue.