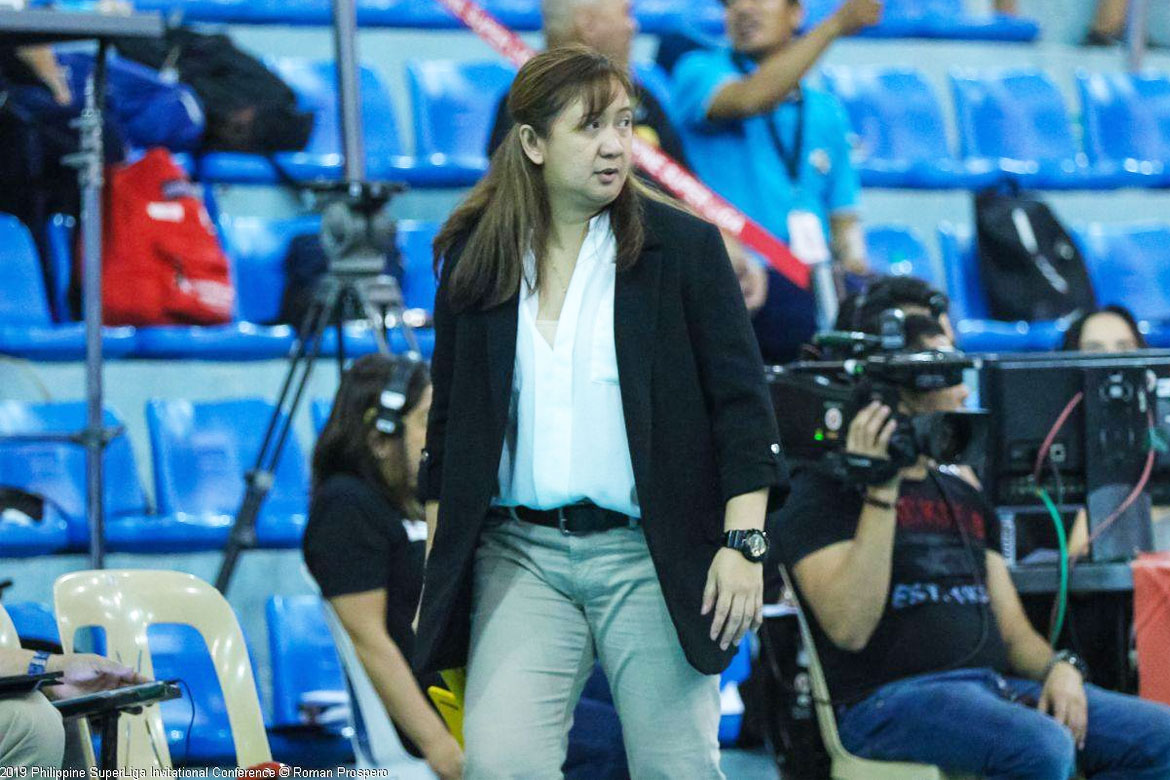 From the time Marinerang Pilipina first set sail in the seas of the Philippine Superliga, the wind clearly did not blow its way.

The then-debuting Lady Skippers were far from steady, seeing their ship capsize time and time again. By the end of their maiden campaign in the 2019 PSL All-Filipino Conference, they had emerged as the lone crew without a single win out of 14 matches.

“As you all know, we just formed the team in All-Filipino last year wherein all the players are already booked or signed, so we really tried our best to put up a good team or competitive one,” said freshly-minted head coach Vilet Ponce de Leon, who served as Ron Dulay’s deputy for the past season.

That long streak of futility did not stop there, though. The youth-laden team went through the storm in the Invitationals, finishing with another winless voyage across six matches. It went 0-20 in the two conferences it has played in so far.

But having tested the rough seas of the league, Marinerang Pilipinas has learned to adjust its sails as it tries to move on from such a dreadful past.

“Though we failed to get a win last season, the best thing there is there’s nowhere to go but up,” Ponce de Leon asserted.

In the buildup to the 2020 season of the league, Marinerang Pilipina had to deal with the holes in its ship.

Coinciding schedules between the collegiate leagues and Grand Prix would deprive it of the likes of Seth Rodriguez, Caitlyn Viray, and the Racraquin sisters in the import-laden conference. And so, the Lady Skippers have tapped new crewmates such as Gen Casugod, Miracle Mendoza, Coleen Bravo, and reinforcement Hana Cutura to fill the gaps.

With several holdovers and a fresh crop of recruits on board, Marinerang Pilipinas is now looking at building a winning tradition when it wades through the waters of the league anew.

“With the way we’re doing right now in our training and all, I think we have a better chance to achieve what we want to achieve.”