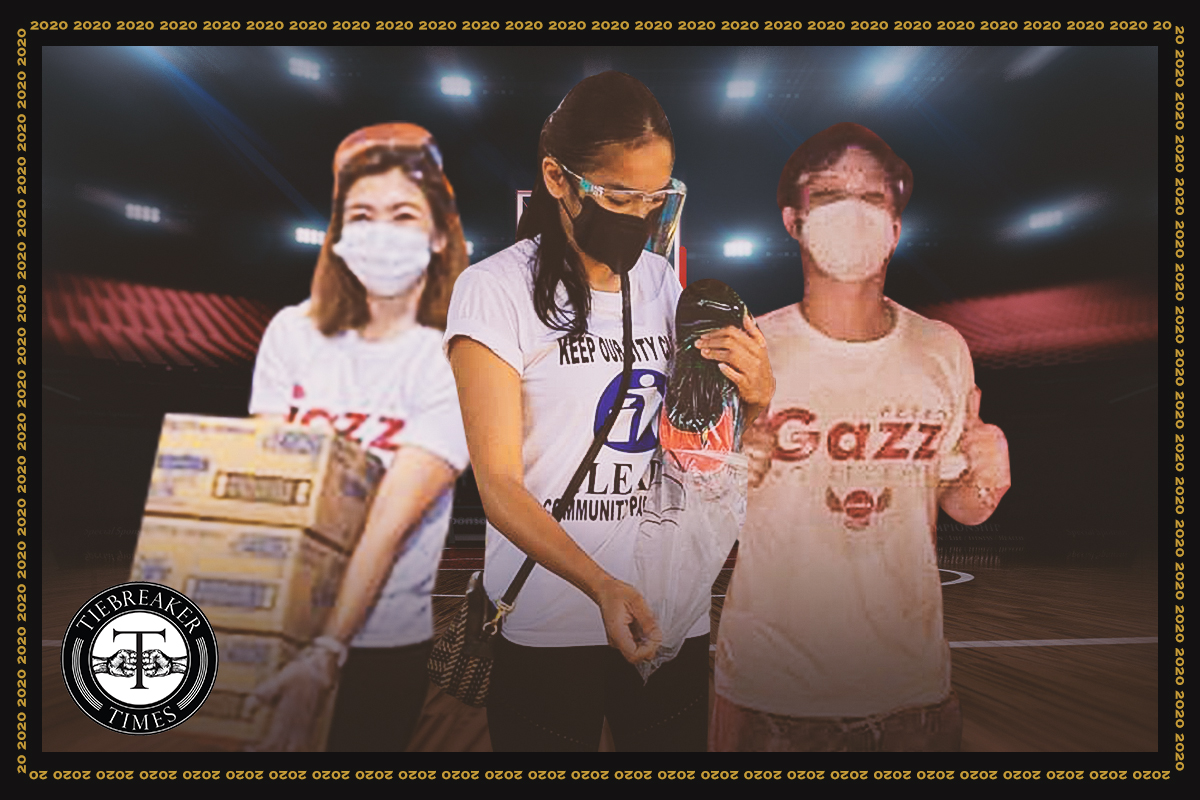 In a rollercoaster year, the Philippine Volleyball community shone, despite not playing on the taraflex.

This, as the coronavirus (COVID-19) pandemic forced the country to implement lockdowns, resulting in the cancellation of volleyball.

And with no tournaments allowed during the pandemic, volleyball stars, may it be from the PVL, PSL, UAAP, or NCAA, joined hands to fight a bigger battle.

Volleyball Community Gives Back to the Philippines (VGCB), an organization formed back in 2013 when Typhoon Yolanda wreaked havoc in the Visayas, had various programs set up to help the country survive these trying times.

VGCB also did not forget the leagues’ game-day personnel, which were greatly affected by the pandemic as most of them were paid-per-day employees.

The volleyball stars, on and off the court, organized #CARINGFORALL: Down The Line, We Are One to give assistance to the game-day personnel which was all part of the rise of Philippine volleyball.

To further support its call for donations for the beloved referees, linemen, table officials, bouncers, and other paid-per-day personnel, VGCB conducted the fundraising variety show SERVE AS ONE where top volleyball cogs showed their different talents.

The initiative put together all volleyball stars to donate their jerseys to be up for auction. The funds raised were used to buy PPEs and other medical supplies for the country’s daily-wage workers.

Petro Gazz and the PVL also organized a two-day virtual coaching seminar last September so that current and aspiring volleyball mentors would not be rusty.

VCGB once again rose to the occasion after Typhoon Ulysses ravaged the country last November, putting up a relief drive for the victims of the calamity.

But with all the negativity the pandemic-stricken 2020 had to offer, something inspirational and aspirational happened in November.

The Premier Volleyball League got the approval of the Games and Amusements Board to turn professional last November 13.

With the PVL turning pro and COVID-19 vaccination already on-going in different parts of the world, maybe 2021 will be better for Philippine volleyball.