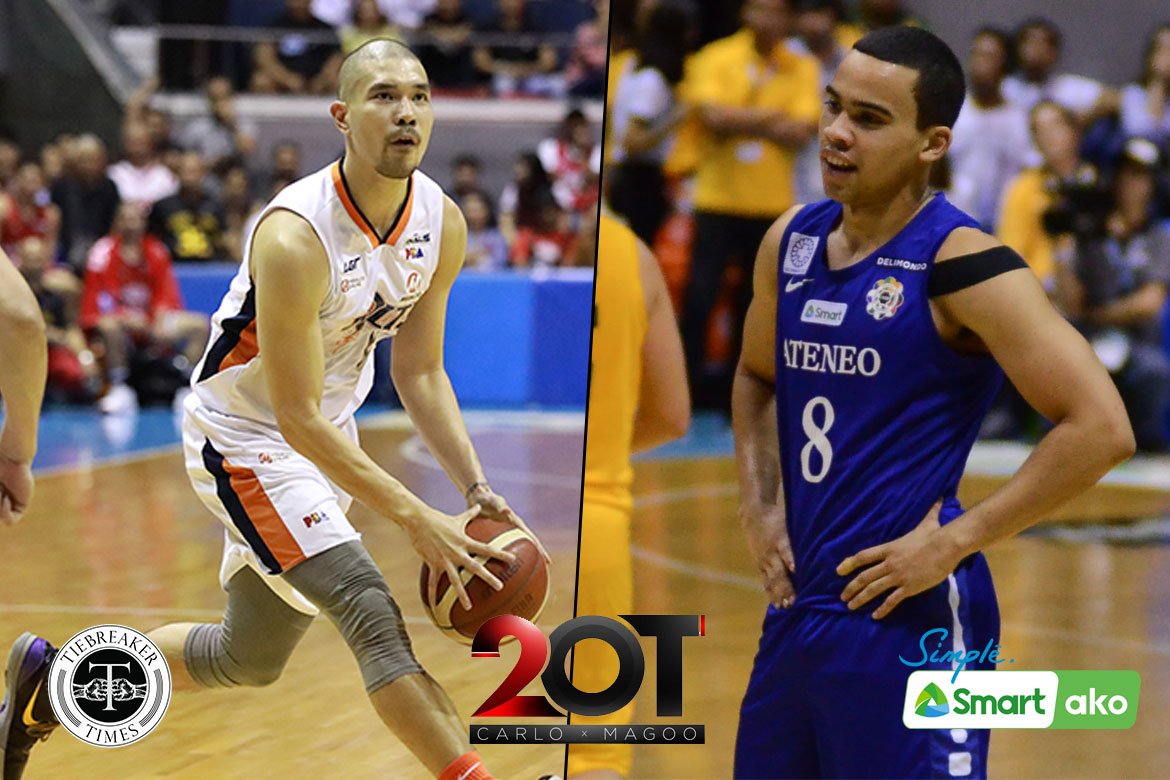 Nico Salva has known Aaron Black since the second-generation cager was younger, so he cannot help but feel amazed with the fact that they are now teammates in Meralco in the PBA.

The 23-year-old, the son of PBA great and current Bolts head coach Norman Black, was taken by the MVP Group-owned franchise with the 18th overall pick of last year’s regular draft.

“I have known Aaron for a long time, since he was up to my waist lang,” Salva told 2OT, presented by SMART and supported by Phenom Sportswear Inc.

Salva and Black haven’t spent much time together in a Bolts jersey, but the 30-year-old forward likes what he has seen so far. That includes the 6-foot-1 guard’s versatility, which Salva says can definitely help the team.

“He is a very versatile player,” he said.

“He can handle the ball. I think he can play three positions. He is strong going both hands, and na-develop na rin niya ‘yung outside shot niya. I think he’d be able to help the Bolts a lot.”

Black has proven how versatile he is through his stints prior to declaring himself eligible for the draft, where he played for the Maharlika Pilipinas Basketball League and in the PBA D-League.

In the developmental ranks alone, Black posted per-game norms of 25.2 points in 44 percent shooting, 12.3 rebounds, 10.3 assists, and 1.5 steals for AMA in a memorable campaign that saw him notch three triple-doubles.

Such performances also made Black prove that his decision to forgo his final playing year with Ateneo was right, since he was definitely able to spread his wings when he left the Blue Eagles’ lair.

All this has made Salva wonder why Black did not have that kind of opportunity when he was still with Ateneo, where he won a couple of UAAP gold medals under coach Tab Baldwin.

“I always wondered why he didn’t get enough opportunity sa Ateneo,” said the five-time UAAP titlist.

Now, Salva can’t wait to see Black strut his stuff and help the Orangemen, who are raring to quench their thirst of winning their first-ever PBA championship.

“I am very excited to see Aaron play in the PBA.”