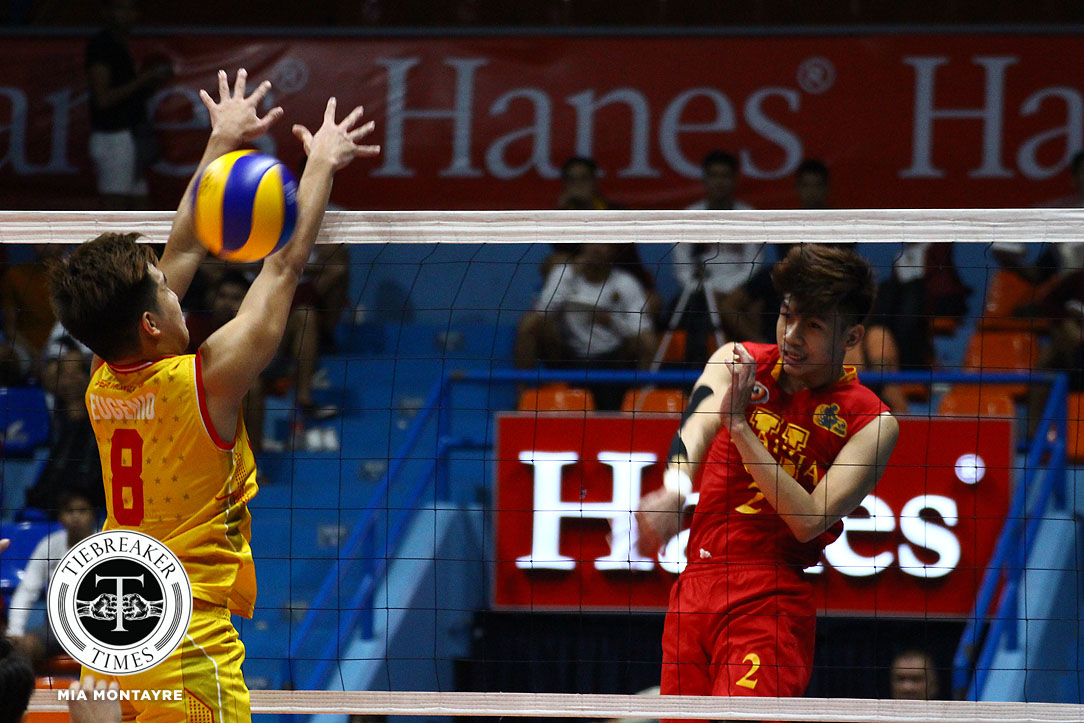 After absorbing a sorry defeat to the San Beda College Red Spikers in their last outing, the Mapua University Cardinals subdued the San Sebastian College-Recoletos Golden Stags, 26-24, 25-16, 26-24, to take their third victory of the season, Tuesday morning at the FilOil Flying V Centre.

Mark Jason Egan paced the Intramuros-based squad with 14 points on eight attacks and three each of blocks and serves. Team captain Anjo Pertierra finished with 13 markers, while Alfred Pagulong had 10.

Despite a miserable reception output, Cardinals setter Raven Evangelista still had a field day, as he produced 32 excellent sets on the 41 attack points of his squad.

Having lost the second set by a large margin, the Stags threatened to steal the third as they led 21-18 off back-to-back hits from James Eugenio, and even forced a deuce. Nonetheless, a quick attack from Pertierra and an ace off Pagulong sealed the win for the Cards.

Pertierra admitted their lack of intensity almost cost them the first and third sets, and hopes the team addresses it in the next game against the Emilio Aguinaldo College Generals.

The critical tussle between the Cards (3-2) and the EAC Generals (2-3) will happen on Thursday. San Sebastian (1-4) will try to get back on track when they face the winless Letran (0-5) later that day.

Kent Salado re-injures MCL, out for Go for Gold campaign