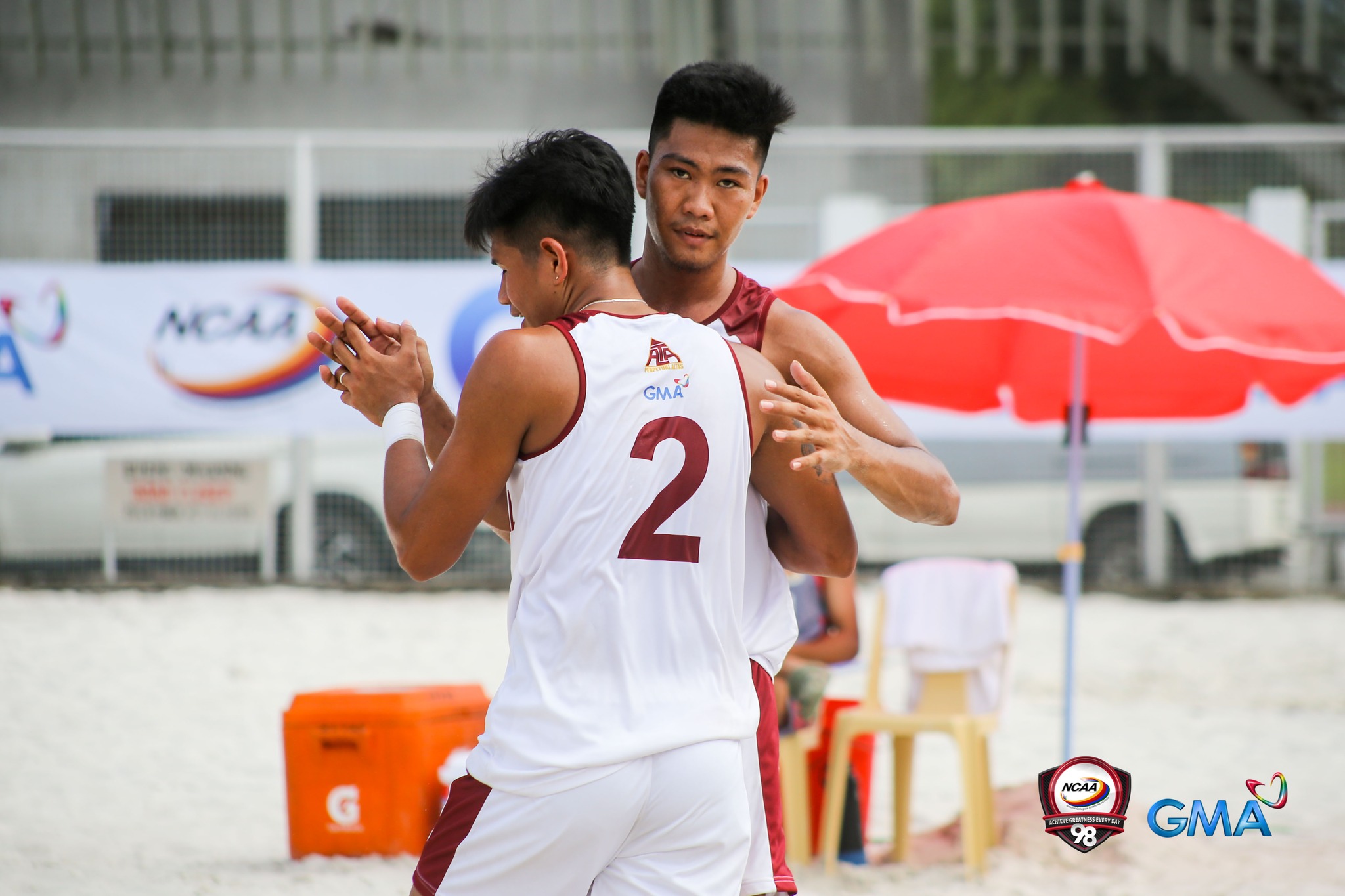 The Atlas’ Louie Ramirez and Jefferson Marapoc took down the Generals’ Ralph Pitogo and Joshua Ramilio in a surprisingly quick affair.

Perpetual still remained at the top spot with an unblemished 7-0 record, while EAC is still at solo second at 6-1.

On the other hand, San Sebastian College Recoletos’ Kyle Villamor and Kerk Araño moved up to solo fifth after taking down Mapua’s Eslapor and Jamisola, 21 – 18, 21 – 14 and Letran’s Justine Alejandro and Christer Ambrosio, 21 – 11, 21 – 10.

The Knights and the Cardinals are tied in the sixth spot, along with CSB, with 3-4 records.

LPU and JRU are still at the bottom with hapless 0-7 records.

Mapua’s Jamisola was called out in the game against EAC as he was substituted for Benedict San Andres due to an illness.

Then, the Pirates’ Golloso was replaced by Jansen Palad during the game against Letran because of a muscle strain.