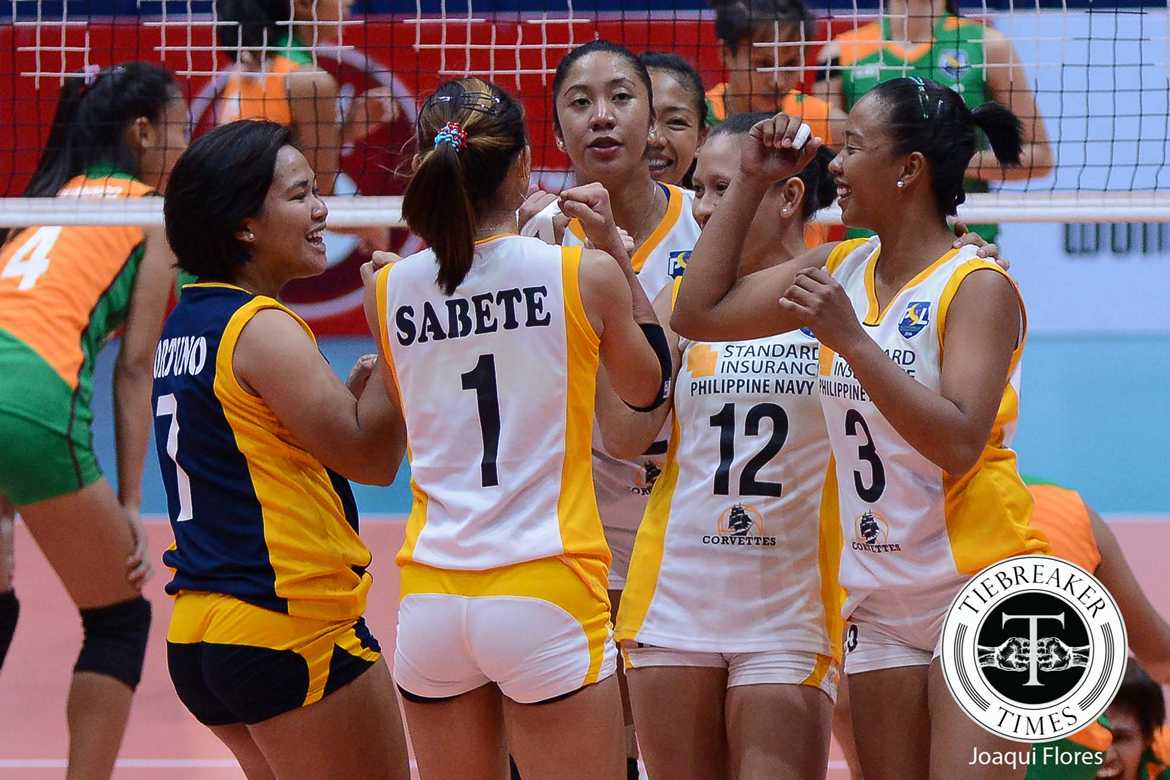 The Standard Insurance-Philippine Navy Corvettes open their second round bout with a straight sets beating of the Amy’s Kitchen-Perpetual Spikers, 25-17, 25-9, 25-14, in the Philippine Superliga 2016 All-Filipino Conference, Sunday afternoon at the Filoil Flying V Centre.

Navy head coach Nene Chavez said the win is good for her PSL-newcomer team, coming off a loss to the defending champions Petron Tri-Activ Spikers yesterday.

The Corvettes led by as much as nine, 17-8, in the first set and sat on the driver’s seat all the way to take the set, 25-17 capped by kills from Jonah Sabete and Pau Soriano.

Soriano led all scorers with 13 points off 11 attacks and two aces. For Amy’s Kitchen, Lourdes Clemente led with nine markers off eight kills and a block.

The second set was a roadkill, with Navy not letting the erratic Amy’s Kitchen squad reach double-digit scoring, 25-9, starting with a 10-3 run capped by an ace by Maureen Veronas.

The Spikers comitted a total of 28 errors, as compared to Navy’s 12.

Amy’s team captain Cindy Imbo led her team to a 9-5 lead early in the third set, but a 7-1 counter by Standard Insurance powered by two of Soriano’s kills carried them to a 12-10 lead. The Corvettes never looked back and went on a 13-4 run to finish the set, 25-14, and the game.

READ  Arwind Santos confident he can get to 900 career blocks

Both teams are assigned to go up against the 5th seeded Cignal HD Spikers in their next respective games. Amy’s Kitchen will try to bounce back against them on Thursday at the De La Salle Lipa Sentrum, while the Corvettes have them as their assignment on Saturday at the Filoil Flying V Centre.