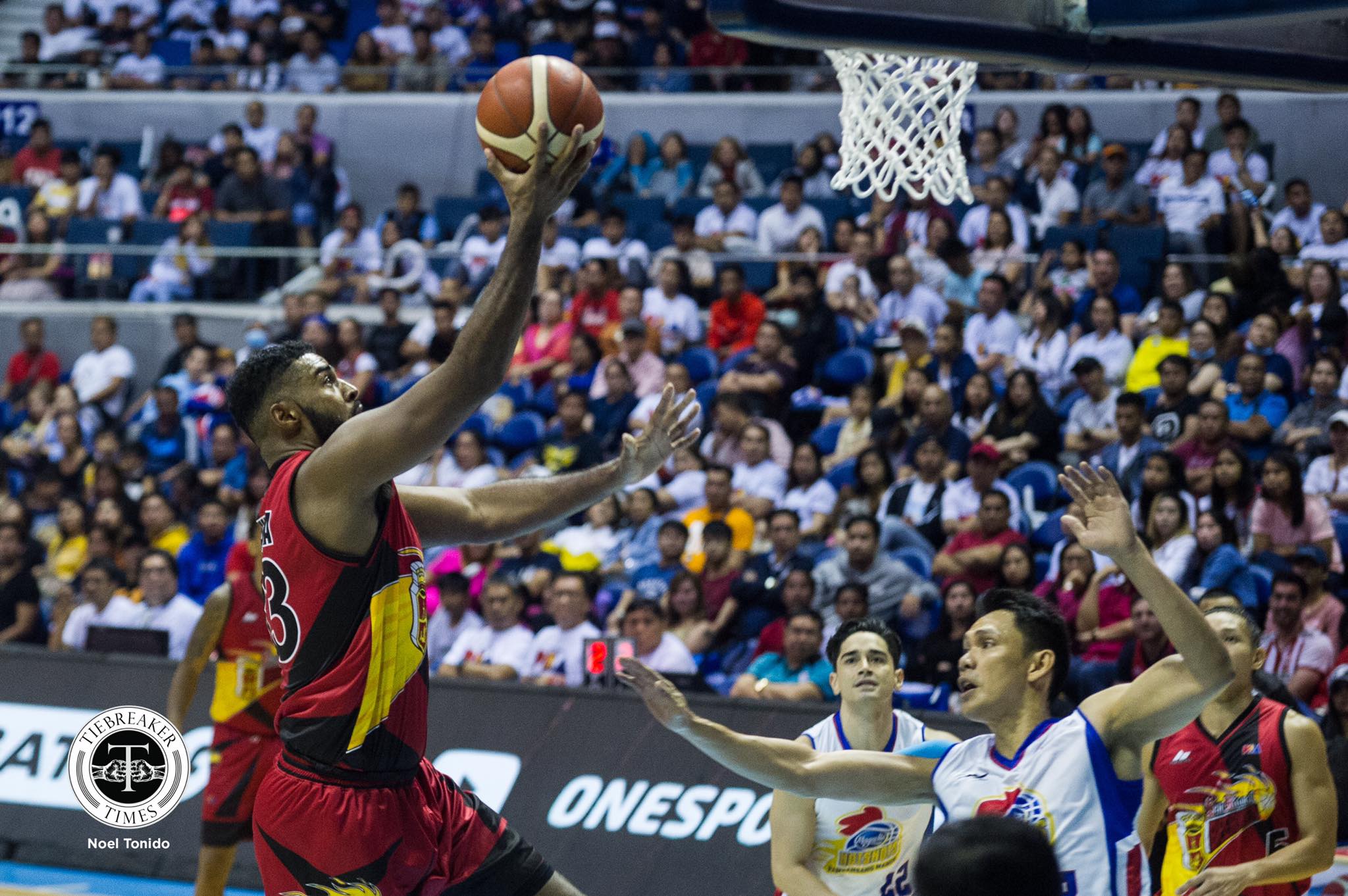 The 6-foot-8 forward feels immensely proud, since the plum serves as a culmination of the hard work he has been putting in. He showed that on the court last season — especially during his time with NorthPort.

Formerly of TNT until being traded for ex-scoring king Terrence Romeo in 2018, Tautuaa was instrumental in the Batang Pier’s second-seed finish in the 2019 Commissioner’s Cup eliminations.

“I finally got something, you know. I was proud,” he expressed.

“I mean, I worked hard, and I just wanted to get something from last conference, you know, making sure to award myself.”

Tautuaa is now expected to carry over his solid play to San Miguel where he arrived late last season, especially now that the Beermen are without June Mar Fajardo this season due to a leg injury.

And he showed that he can do just that when the Beermen made their season debut on the night he earned MIP honors.

The Fil-Tongan big man produced 20 points on 9-of-14 shooting, along with 11 rebounds, two assists, two blocks, and a steal as he helped SMB take down the Magnolia Hotshots, 94-78.

Still, Tautuaa deflected the credit to his teammates and coaches for his commendable performance.

“I know we got a lot of good players around me. So, understanding that we have a good team, just you know… If all of us are playing together, that’s what happens.”

Jio Jalalon filled with regret after playing in ligang labas