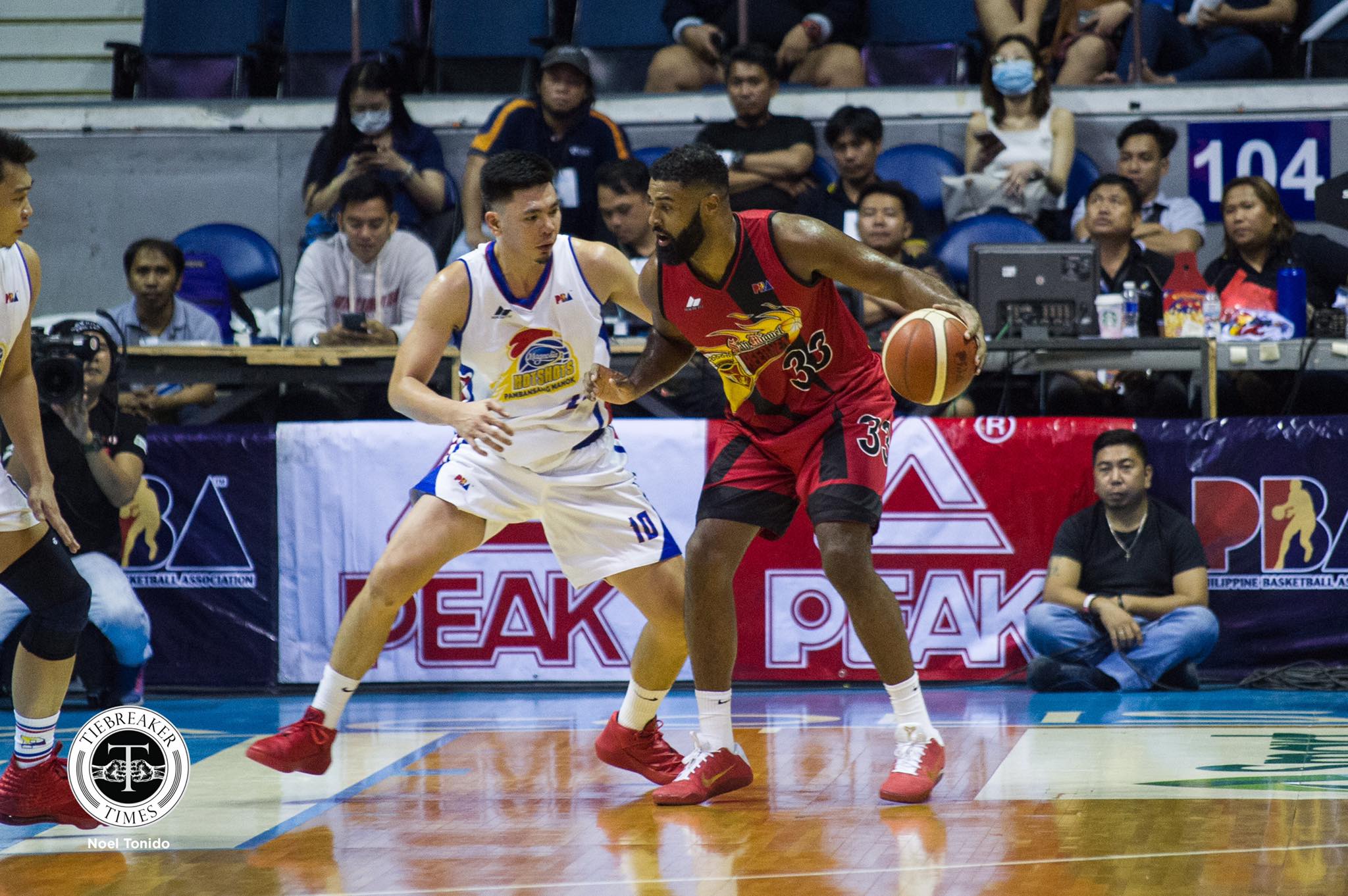 San Miguel showed that it can still do well without June Mar Fajardo when it topped Magnolia, 94-78, for a successful 2020 PBA Philippine Cup debut, Sunday night at the SMART Araneta Coliseum.

The Beermen zoomed to a wide 23-point lead in the third quarter, but had to overcome the Hotshots’ tough challenge. They eventually wrestled control of the game for good in the deciding period.

Five Beermen scored in double figures in the win, with newly-minted Most Improved Player Mo Tautuaa leading the way with 20 points and 11 rebounds, alongside two assists and two blocks.

“I have to commend the team because everybody stepped up. Maybe motivated sila because of June Mar,” said Austria, since Fajardo watched the game from the sidelines until the first half.

SMB seized control of the match in the second period, then kicked it up a notch in the third canto. It unloaded a 15-4 run — ending in Tautuua’s bucket — en route to a 60-37 lead with 7:58 on the clock.

Magnolia, though, woke up and replied with 17-1 blast spearheaded by the do-it-all Jio Jalalon to slice the huge deficit to just seven points, 54-61, with 1:40 remaining in the same period.

#ReadMore  Sityodtong keeps mum on possible ONE-UFC trade, says Johnson is one of the best in history

That, however, would be the Hotshots’ last stand. The Beermen got their act together right away, ending the third canto with a 69-56 lead thanks to Romeo, Cabagnot, and Russel Escoto.

The game would never be in question from then on, as San Miguel coasted to the 16-point victory.

Paul Lee had 19 points, five rebounds, and three assists to lead Magnolia in the stinging defeat.

Jackson Corpuz had himself a solid debut for his new team, finishing with 16 points and 13 rebounds. Mythical Second Team member Ian Sangalang made 16 and 11.

San Miguel next takes on Rain or Shine on Friday, March 13. Meanwhile, Magnolia aims to bounce back versus Meralco on Sunday, March 15. Both games are still at the Big Dome.