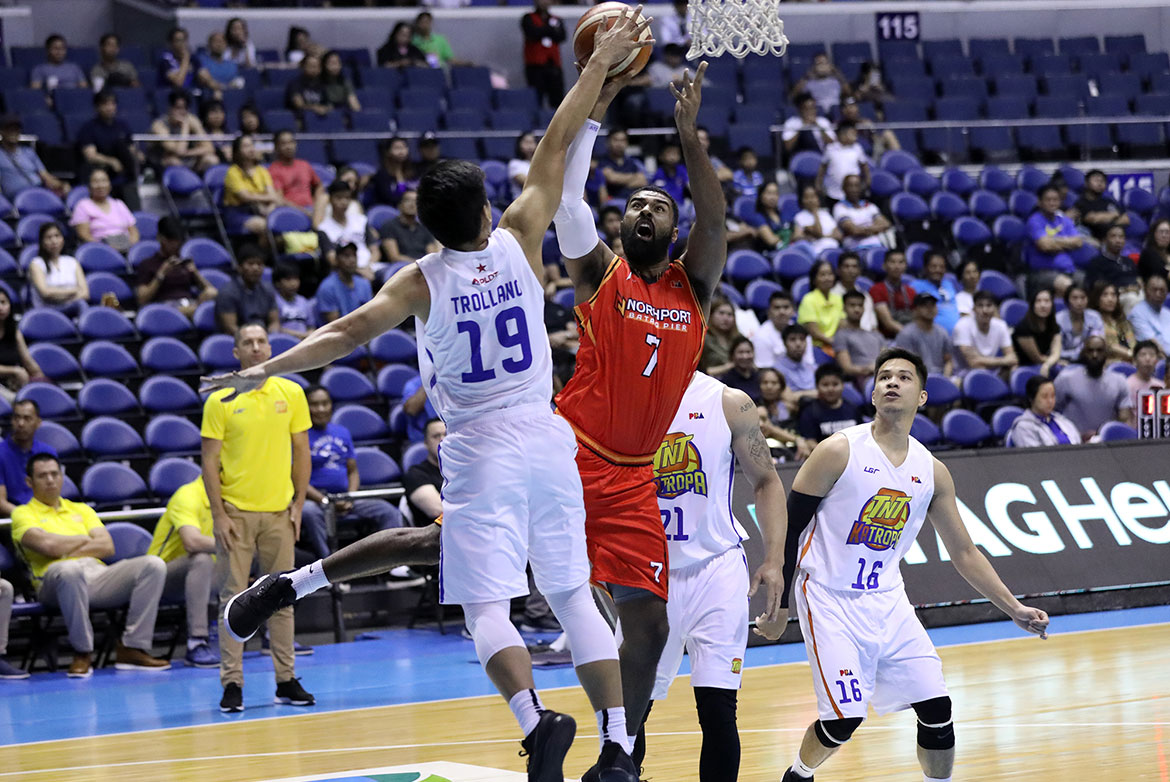 Mo Tautuaa hopes he suffered nothing serious after he hurt his back from a bad fall during the latter part of the NorthPort Batang Pier’s PBA Philippine Cup match versus his former tea, the TNT KaTropa, Sunday.

Anxiety filled the SMART Araneta Coliseum when the 6-foot-7 forward slammed onto the hardwood buttocks-first after colliding with counterpart Yousef Taha mid-air as he took a point-blank shot, which went in.

Tautuaa was able to shake it off and even took a trip to the foul line, though he missed the shot. He was then subbed out of the game seconds later for good, ending the night with 13 points, six rebounds, four assists, and a steal.

Fortunately, the Batang Pier and Tautua had little to worry about, as they walked away with the 109-83 win.

“My back, it’s okay. I mean, I work out a lot so I got a good enough butt to take the fall,” Tautuaa quipped after the game. “Let’s hope, because right now it’s okay. It hurt when it happened, but right now it’s starting to feel a little better.

“I feel good, but only time will tell.”

Tautuaa also did not play the blame game by pointing his finger atTaha as the reason behind his pain.

“I was in a spin cycle falling so I couldn’t see what’s happening. All I felt was it kept going under my legs. I don’t know, if it looks bad I don’t know. It hurt, that’s all I can tell you,” said the 29-year-old.

For Tautuaa, what matters most is that the Batang Pier won, ending their six-game losing skid and keeping their playoff hopes beating. Tautuaa is just relieved that they have finally closed out a game properly, unlike before.

“I mean, finally, right? That’s the team we want to be, we keep preaching about it and we finally did it today,” the Fil-Tongan forward exhaled.

“It gives us hope because now we know we can do it.”