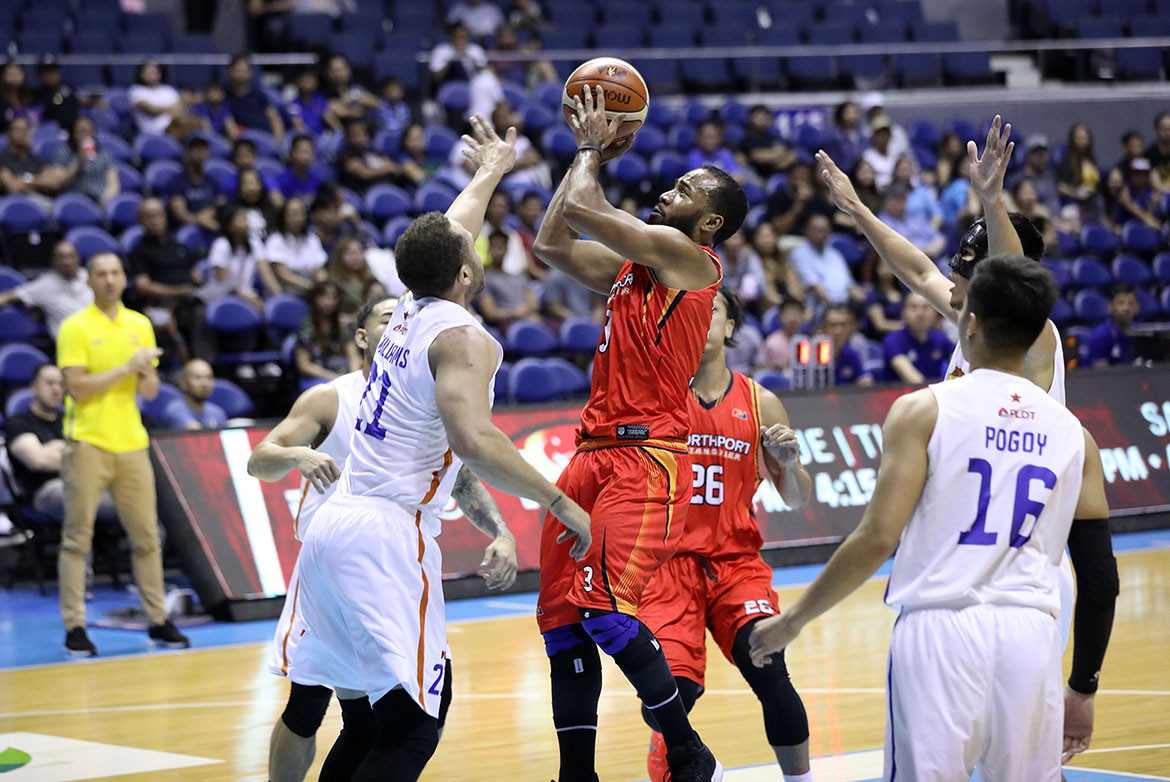 Northport seized control in the second quarter, erecting a 53-26 lead and never letting up the rest of the way. The Batang Pier led by as many as 30, 102-72, with 5:19 left to play to end their six-game losing skid.

NorthPort improved to 3-6 to keep their quarterfinal hopes alive. Their win is also beneficial for the Rain or Shine Elasto Painters, helping them seal the second seed and the twice-to-beat advantage for the playoffs.

Stanley Pringle led the Batang Pier with 27 points, and nine rebounds. Sean Anthony had 14 points, seven rebounds, four assists, and two steals. Meanwhile, Paolo Taha and Mo Tautuaa – who had a bad fall late in the game – had 13 each.

Don Trollano had 15 points and seven rebounds to lead the Texters. Jay Washington and Roger Pogoy chipped in 13 and 10 points, respectively.

TNT dropped to 7-4 and are relegated to a best-of-three series for the quarters.

NorthPort will look to win another versus Alaska Aces on Wednesday, March 27, still at the Big Dome.

READ  Norman Black on Abueva-Jones scuffle: Whatever happened to the gold old days?