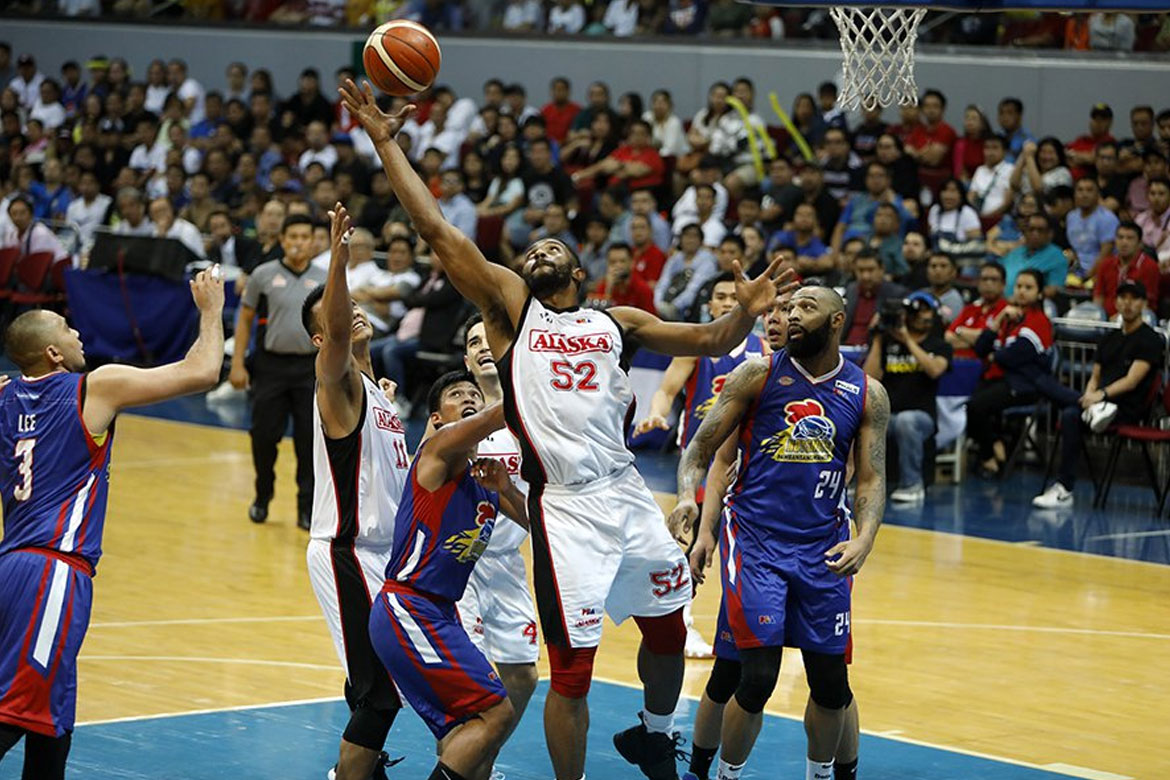 Mike Harris posted a double-double for the Alaska Aces in Game One of the 2018 PBA Governors’ Cup Finals versus the Magnolia Hotshots on Wednesday night. But his numbers were far from his usual output prior to the title bout.

Harris was averaging 30.31 points and 20.69 rebounds through the semifinals. But he was limited to just 20 points – and only scored three points in the second half – and 15 rebounds in the 41 minutes and 26 seconds he saw action.

“I don’t even wanna talk about it,” said the 35-year-old, who committed five errors, with a grin. “We scored in transition and came back down. Once they got close, just continuing to play defense and rebound.

Aside from his personal outing, though, Harris lamented the way the Milkmen shot as a whole. Alaska only made seven of their 28 shots from beyond the arc, and they only made 19 of the 32 shots they got from fouls.

But ultimately for Harris, it was the way they started Game One that made the difference. They allowed the Hotshots to open the match with a 15-0 run; Alaska only got on board at the 5:42-mark after Kevin Racal’s freebies.

“You start off bad, they started good, that’s the way it goes. They hit us in the mouth, took us too long to respond,” said the veteran journeyman.

Still, the series is a race to four wins. And for Harris, he remains optimistic that his Aces can still get back up from Friday’s loss – they have a chance to bounce back in Game Two, which will be this Friday at SMART Araneta Coliseum.

“They punched us, but the best thing about getting punched is if that you’re strong enough, you’ll get up. Punches hurt. It will hurt tonight, sleep on it, and tomorrow forget about it,” he said.