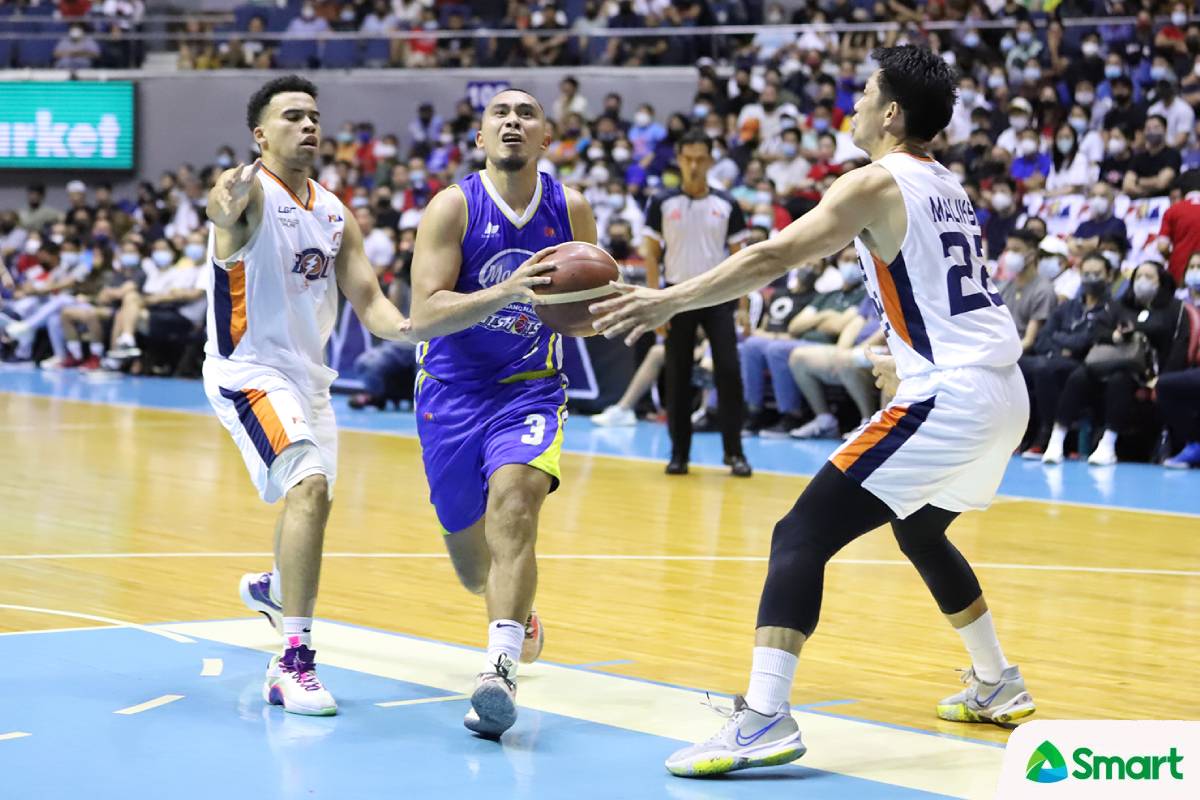 Magnolia ensured that its season would not conclude too soon as it exacted vengeance on Meralco, 94-73, in Game Four of the 2022 PBA Governors’ Cup semifinals, Wednesday evening at the SMART Araneta Coliseum.

The Hotshots extinguished the Bolts’ fiery 11-0 start with a 20-8 retaliation to end the opening period up by one. They led from that point on, and then finished strong en route to sending the best-of-five tilt to a rubber match on Friday.

“Siguro medyo nawawala sa amin in the last two games was how we enjoyed the game. Right now, those are the two words — the grind, and we need to enjoy the game. ‘Yun lang ‘yung ginawa namin,” said coach Chito Victolero.

Mike Harris led the way with 34 points and 18 rebounds as his side finally got back to their winning ways after losing Games Two and Three — the first time that the top seed suffered back-to-back losses in the conference.

Paul Lee came through with an inspired performance, firing 17 points and five assists in 25 minutes as he braved through a left ankle injury.

Calvin Abueva fouled out in the final minutes but already dealt enough damage as he left with 11 points, eight rebounds, and three assists. The ‘Beast’ also had a plus-minus rating of 39 in the 25 minutes and 38 seconds he played.

Jio Jalalon chipped in 10 markers, on top of seven dimes, four boards, and a steal for Magnolia, who shot 49-percent from the floor.

Magnolia already led by 14 early in the final frame but Meralco trimmed the gap to just six, 73-67, behind Allein Maliksi with 5:30 remaining.

“‘No more tomorrow’ was the mentality. We just tried to live one game at a time. Pinag-usapan lang namin is every possession, we need to grind. Possession by possession, on both ends of the floor,” said Victolero.

Meralco, meanwhile, was led by Tony Bishop with 22 points and 16 rebounds against turnovers in the defeat, where he almost had no help from the locals except for Chris Newsome. The Fil-Am guard had 11 points.

Game Five is on Friday, 6:00 p.m., still at the Big Dome, with the winner set to face reigning champs Ginebra in a best-of-seven affair.