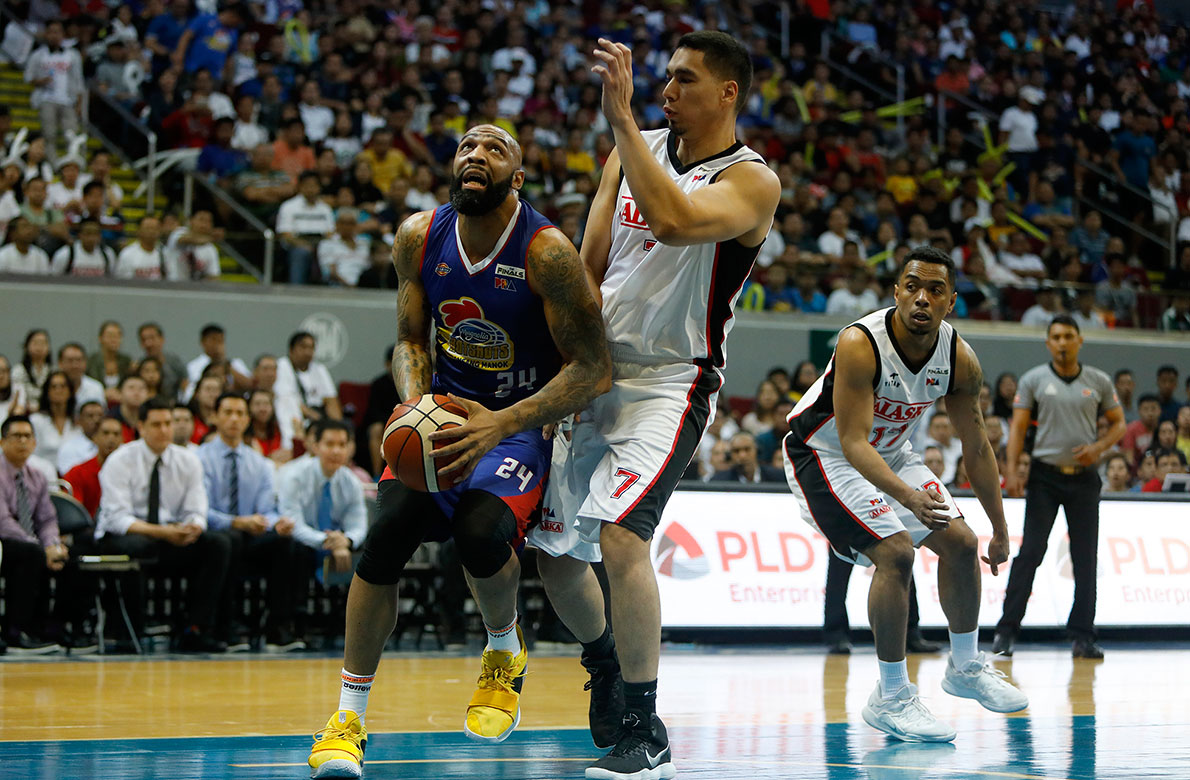 The long break did no harm to the Hotshots, as Magnolia took round one in the 2018 PBA Governors’ Cup Finals. They weathered the Alaska Aces’ fourth quarter fightback, 100-84, Wednesday night at the SM Mall of Asia Arena in Pasay City.

Magnolia banked on a 15-0 start – the second-best start in the Finals, next to the 17-0 openers made by TNT KaTropa back in the 2017 Commissioner’s Cup and by Barangay Ginebra the following year – and never looked back.

Romeo Travis led the Hotshots with 29 points, along with 13 rebounds and five assists.

Magnolia’s lead ballooned to as big as 21 with 10:01 left in the fourth quarter, but the Aces turned to their bread-and-butter that is defense. Their efforts got them to within eight, 76-84, after Chris Banchero’s lay-up with 4:23 to go.

But fortunately for Magnolia, veteran Mark Barroca took matters into his own hands, scoring and assisting in the Hotshots’ 9-0 blitz to give his side a 93-76 lead with 3:11 left to play and to shut the door close for Alaska for good.

“He is a veteran and he knows how to play in a championship series,” lauded Victolero of the seven-year veteran. “He did a good job on both ends of the floor … I really expect my guards to match up well against the guards of Alaska.”

Paul Lee produced 14 points in the win, while Ian Sangalang added 10 markers. Jio Jalalon flirted with a triple-double as he made seven points, 12 rebounds, and nine assists.

Vic Manuel, who’s reportedly just coming off a flu, only had six points in over 16 minutes of playing time.

Game Two will be on Friday, December 7, at the SMART Araneta Coliseum.

Angelo Kouame motivated by Bright Akhuetie: ‘He is like an older brother to me’