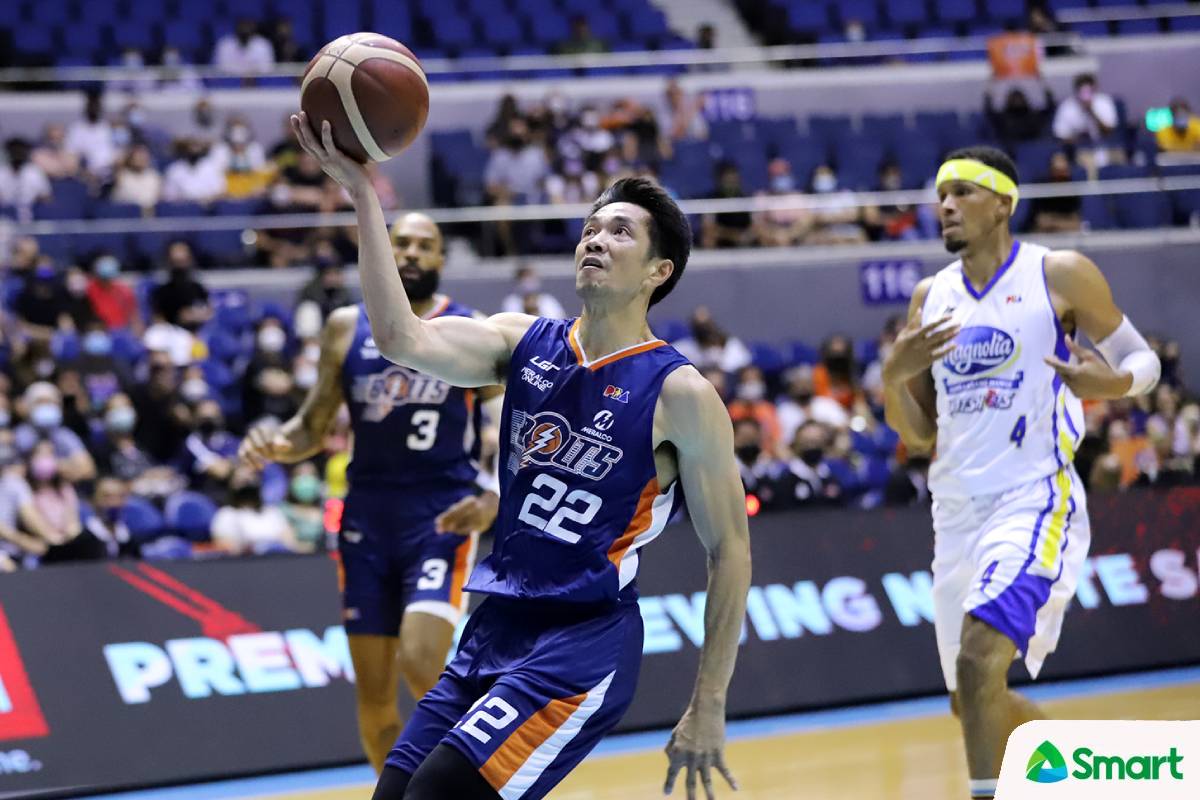 Meralco outlasted Magnolia in an emotional semis do-or-die, 94-81, to arrange yet another meeting with Ginebra San Miguel in the 2022 PBA Governors’ Cup Finals, Friday evening at the SMART Araneta Coliseum.

Allein Maliksi and Raymond Almazan saved their best for last after being silent in the series’ first four games, leading the Bolts’ fourth quarter assault to eventually set up yet another meeting with Barangay Ginebra in the Finals.

It will be the fourth time in the last five editions of the season-ending conference that the corporate rivals will duke it out for the crown. The MVP-owned ball club surely has an axe to grind as they have lost in all of those battles.

“We talked about it. If we were going to make it to the Finals, we’d have to rely on our defense. And that’s basically what we did. After a while, our shots started to fall a little bit,” said head coach Norman Black. “So it’s on to Ginebra now.”

Maliksi rifled a team-high 24 points on a 69-percent clip from the floor, while Almazan made 18 markers on a perfect 9-of-9 clip and five rebounds.

The two veterans continued what Bong Quinto ignited to start the final period, eventually stringing together a 9-0 run for a 71-65 lead with 9:49 to go.

Jio Jalalon stopped the bleeding for Magnolia, but there was no stopping the Bolts’ surge at that point. Tony Bishop, struggling all game long, went on to give his side a 13-point lead, 85-72, with 4:06 left in the game.

“It’s one of those things where, you know, you’re struggling a little bit the entire game, but you’re just trying to hang on and hang on and just stay in there and hope that your shots will fall. And that’s what happened,” Black said.

Chris Newsome almost had a triple-double with 17 points, 12 assists, and eight rebounds, while Aaron Black stepped up for the injured Chris Banchero with 16 points as the locals picked up the slack after their import only had eight.

“It’s really the will to win. And we talked about just winning for one another, playing for one another. So I don’t think anybody was really distracted or down because Tony wasn’t scoring the basketball,” said Bllack. “He still was out there hustling defensively, trying to get the rebounds. So we just felt that we could get the scoring from other areas.”

The match, however, was marred by the accident that happened on Hotshots import Mike Harris with under nine minutes left following a collision underneath. He had to be wheelchaired and was never allowed to return to play.

It was a rough night overall for the former Best Import, who only managed to collect five points and 11 rebounds in 31 minutes.

Magnolia, the top seed after the eliminations, was led by the 21 points and seven rebounds of Calvin Abueva in the defeat.

The injured Paul Lee had 13 points. Jio Jalalon and Mark Barroca made 11 points apiece, as Ian Sangalang added 10 for the Hotshots, who actually overcame a 9-2 deficit and went on to lead 34-23 in the second period.