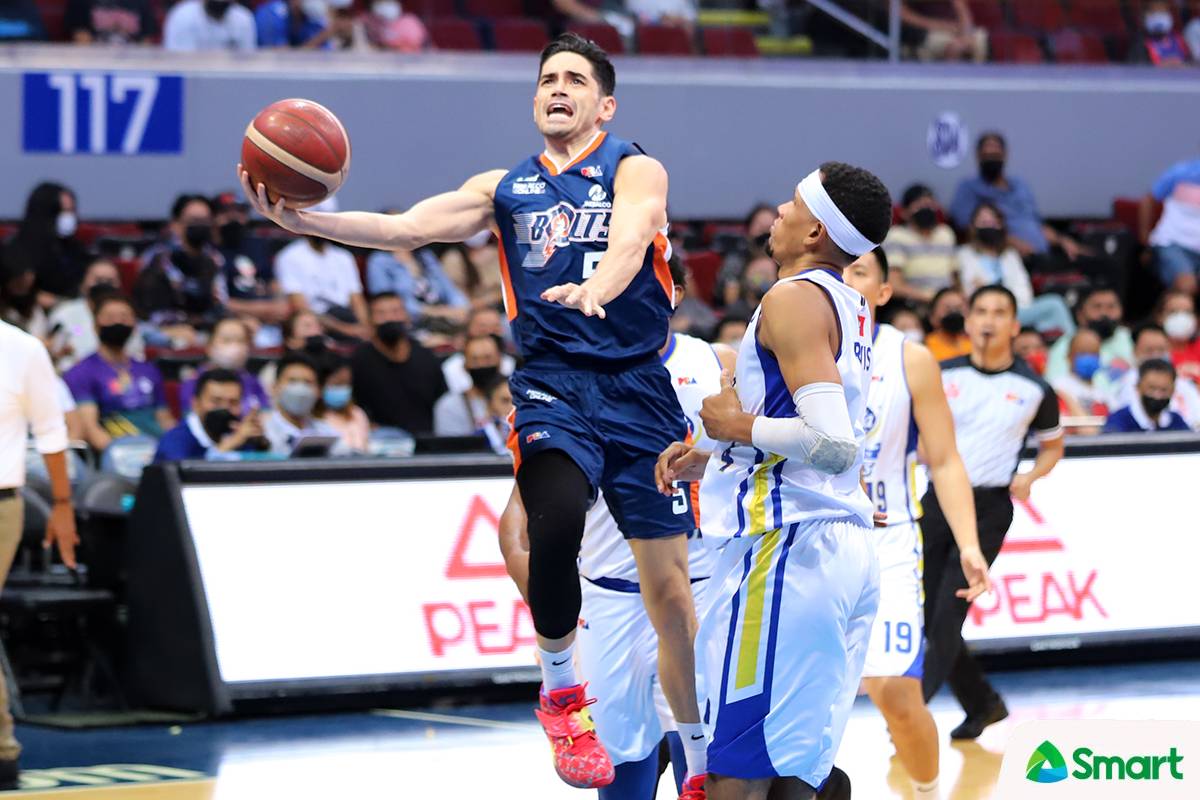 Meralco showed steely composure in the endgame to fend off Magnolia, 101-95, and move a step closer from booking a return flight to the PBA Governors’ Cup Finals, Sunday evening at the SM Mall of Asia Arena in Pasay.

Chris Newsome, Tony Bishop, and Bong Quinto joined hands in the final 36.5 seconds as the Bolts withstood the rally of their foes, who knocked to within just three after being down by 10 points with less than five minutes remaining.

“This is like a turning point for both teams, at this point,” said head coach Norman Black, as his side now leads 2-1 in the best-of-five series.

“We just thought this was a very pivotal game for us in this series, and if we could win the game, it gives us a much better chance of making it to the championship,” he added.

Bishop led Meralco with 27 points and 10 rebounds, yet another solid outing after vowing that he won’t have another performance as he had in the semis opener that saw him score just 10.

But the locals dealt damage as well. Chris Banchero equaled his best scoring performance in a Bolts jersey with 23 points on three triples, including one that sparked a 13-3 run to give his team the 95-85 lead with 4:31 to play.

Meanwhile, Mike Harris led Magnolia with 24 points and 17 rebounds in their first back-to-back losses in this conference.

Mark Barroca made 15 points and six assists. Ian Sangalang had 14 points, while Jio Jalalon chimed in with 13 markers in the defeat.

Jalalon was the one who led the Hotshots’ fightback, scoring five straight to make it just 95-92 with 56.7 seconds left. But then, Newsome hit the tough lay-up against the defense of Rome Dela Rosa to keep them at bay.

Magnolia still managed to threaten despite an off-night from Paul Lee, who only had five points as he’s bothered by an ankle injury.