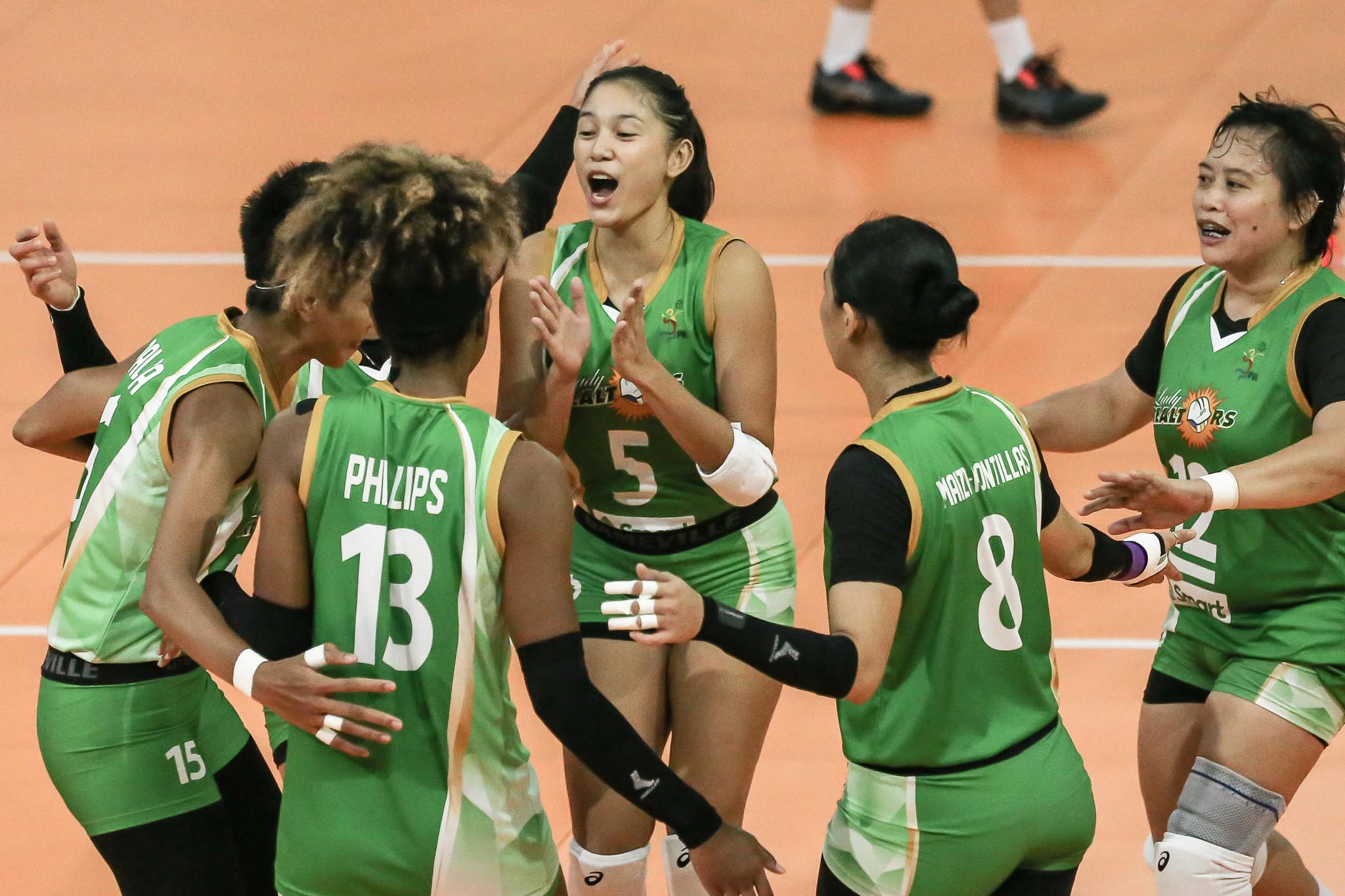 In the third set, Dell Palomata, MJ Phillips, and Jonah Sabete led a 7-1 rally to put up a comfortable 19-11 cushion for Sta. Lucia.

Isa Molde converted a kill followed by a net violation from Sta. Lucia stopped the bleeding for PLDT.

The UP product, Jorelle Singh, along with a handful of errors from the Lady Realtors, kept the Power Hitters alive and got close to within one, 21-22. However, an attack error from Molde, paired with a block from Phillips and a kill from Aiza Maizo-Pontillas, settled the set at 25-21.

Phillips led Sta. Lucia with 14 points off five blocks while Palomata had 12 points on nine attacks, two blocks, and an ace.

Mika Reyes, who only had three points in the Lady Realtors’ debut, bounced back with 11 points in the win against PLDT as she did most of her damage in the first two sets.

Through a balanced first set attack, Sta. Lucia took a 1-0 advantage over PLDT after a 25-18 result.

The Power Hitters started steadily in the second set, but several errors from their side allowed the Lady Realtors to take a 16-11 advantage to enter the second technical timeout before taking the set through a 25-15 result.

Isa Molde provided 11 points while Christine Soyud and Singh had nine points each for the Power Hitters.

Sta. Lucia will square off next against Chery Tiggo at 3:00 PM on Wednesday while PLDT looks to enter the win column against Cignal at 6:00 PM on the same day.