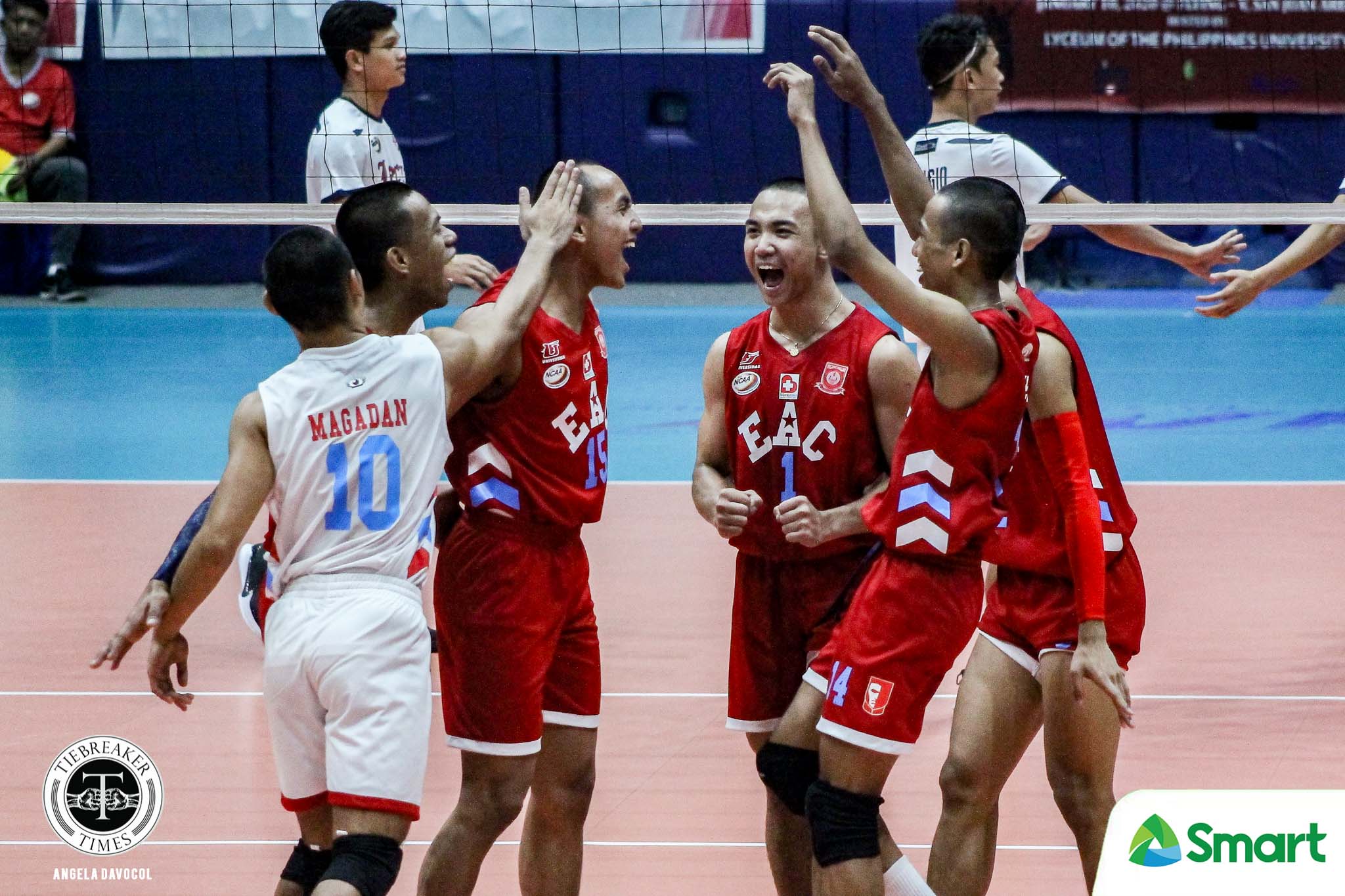 The Generals had a slow start to the contest, struggling to build momentum early on. That, until Imperial weaved his magic to get things going for Joshua Mina and Danrich Melad, who put up double-digit offensive outputs to dispatch the Knights in 72 minutes.

Imperial set the tone for EAC. He tossed 21 excellent sets to generate the offense for the Generals, who outspiked Letran, 42-25. He also rained down five of his team’s seven aces to end up with six markers, on top of eight digs.

Mina top-billed with 16 points anchored on 13 attacks and two blocks, while Melad dealt most of his 15 markers in the attacking department with 13.

Aeron Daduya then provided the added firepower to backstop EAC’s scoring duo. He tallied a pair of kill blocks to finish with nine markers. Defensive specialist Earl Magdan delivered on the other end, contributing 17 excellent receptions and 14 excellent digs.

On the other hand, the Knights were held below twin-digit territory despite having seven spikers on the charts.

EAC tries to make it two in a row when it faces the win-hungry Mapua Cardinals next. Meanwhile, Letran seeks to get on the right track when it collides against St. Benilde. Both matches will be played on Monday, January 20, at the same venue.