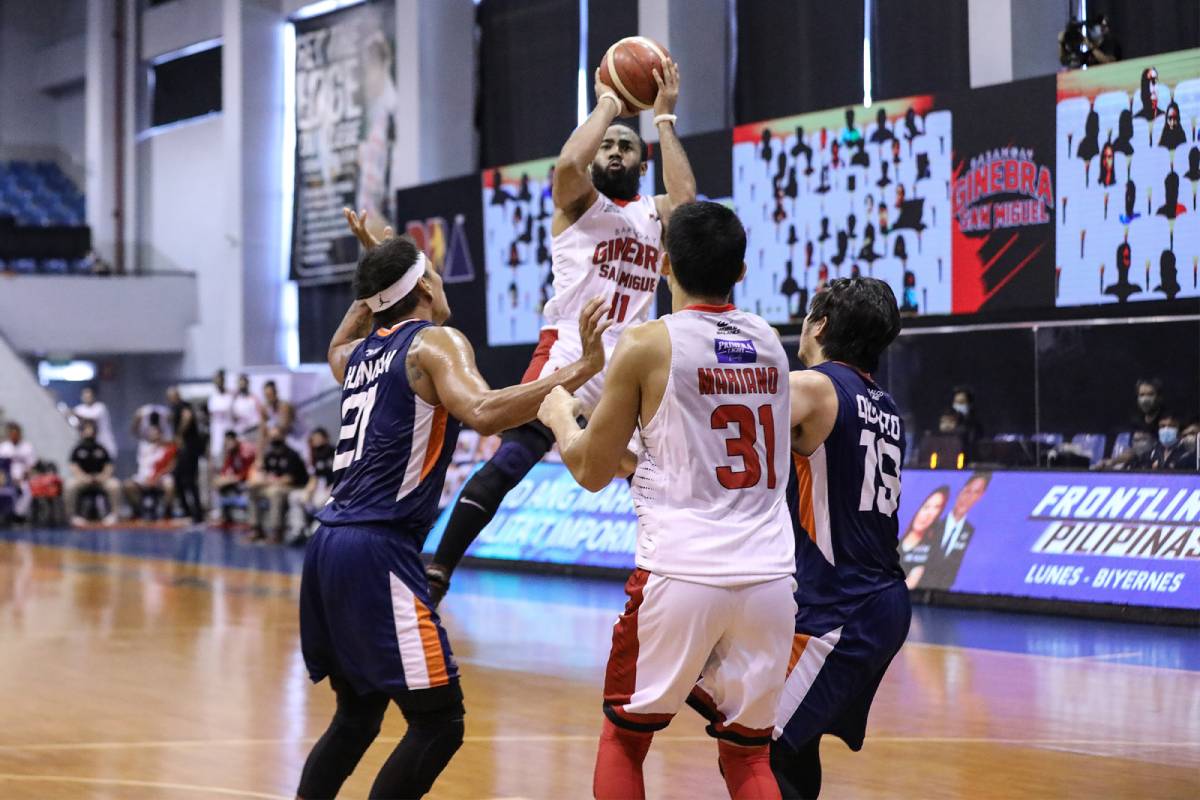 The Fil-American guard showed just that in the series opener last Wednesday, firing 19 points as he spearheaded a spread-out attack that enabled the Gin Kings to gain a head start in the best-of-five tiff with a 96-79 win.

But come Game Two Friday, Pringle was almost a non-factor.

The six-year pro was held to just nine points as he only shot 4-of-16 from the field. And him being limited spelled doom for the Barangay as their bid to post a commanding lead in the series got foiled, 77-95.

Black himself admitted that it’s impossible to completely lock down Pringle but he’s proud that their defensive game plan of throwing different guys on the way of the former scoring champion worked.

“So we tried different guys on him to give him different looks.”

Definitely, Meralco looks to do that once more as they shoot for a 2-1 lead — and move on the cusp of making their first-ever Philippine Cup Finals appearance — in Game Three of the best-of-five joust, Sunday at 6:30 p.m.

“The individual defense just has to be really good against him,” said Black.

“Off-the-ball defense has to be really good because if you don’t really stay close to him–he’s one of the best players in the league in cutting to the basket and cutting without the basketball.”

Aside from limiting Pringle, what Black would also want to see again is the collective effort they showed in Game Two, where a total of six players led by Chris Newsome finished in double figures.

“A lot of guys scored well today, particularly Chris Newsome, Allein Maliksi, and Bong Quinto so that gave us a big lift. And of course, Raymond Almazan probably played his best game of the conference today,” he said.

But then, the Grand Slam-winning coach knows that adjustment is the name of the game in every playoff series, and so he expects Coach Tim Cone to make his as it is Ginebra now who is on the offensive.

“In this type of series, it’s always a game of adjustments,” he said.

“We lost Game One, so we’re the ones who really had to adjust to try to keep up with Ginebra. Now, either you stand back or you try to anticipate what adjustments Coach Tim’s going to make ’cause I’m sure he’s gonna make a few.”