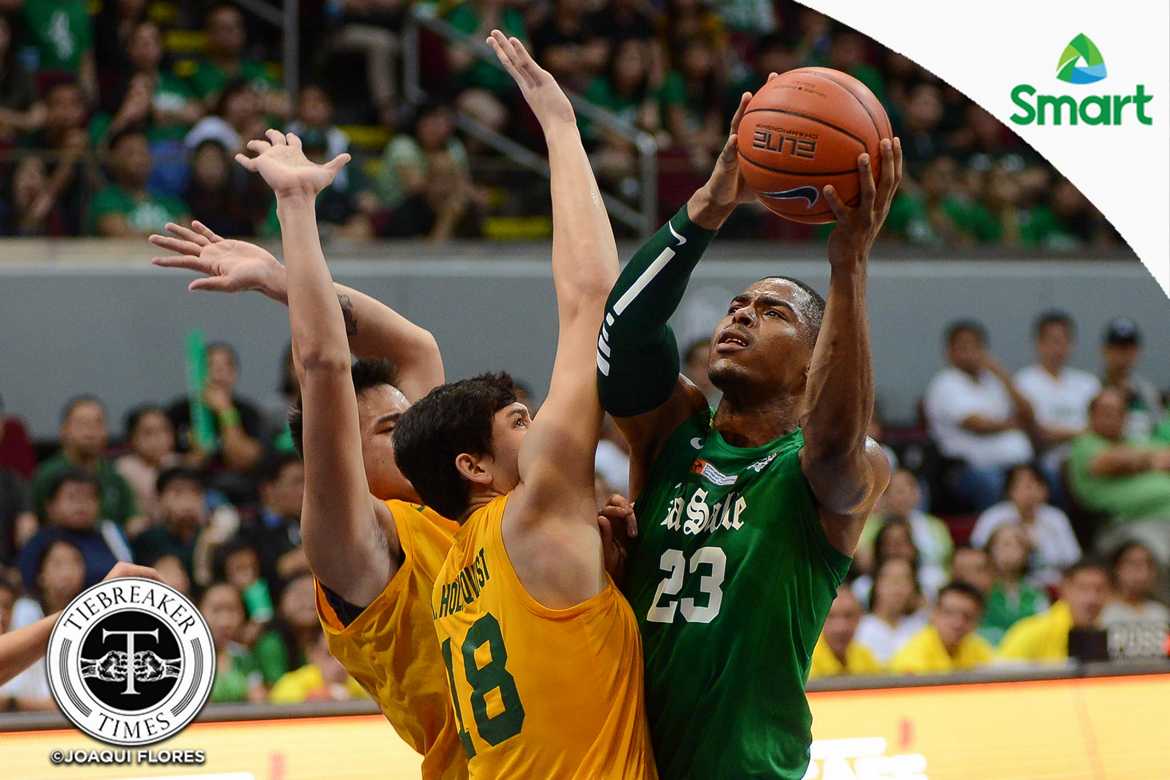 Ben Mbala was on a league of his own during the regular season of the UAAP Men’s Basketball tournament.

Cameroonian student-athlete Ben Mbala is set to become the runaway Most Valuable Player for the 79th season of the UAAP Men’s Basketball tournament. Accumulating a whopping 92.43 statistical points – 22.57 SPs ahead of runner-up Papi Sarr of the Adamson University (69.86), the 22-year-old will be La Salle’s first MVP since Don Allado won the plum back in 1999.

And no one was more proud of Mbala’s accomplishment other then first-year La Salle head coach Aldin Ayo.

“Of course, he deserves it. With the stats that he has, yung dedication nya sa laro, and yung commitment niya sa objective ng team namin, he deserves to win the MVP,” Ayo said Sunday evening.

Ayo, who has mentored countless number of young cagers, shared that the 6-foot-7 big man is one of the most athletically-gifted student-athletes he has ever coached. And combine that with his work ethic off the court, the result was one of the most dominant regular season campaigns the league has ever seen.

However, the 39-year-old mentor believes that Mbala could not have notched this feat without the help of his teammates. Total team wins also factor in the statistical race and La Salle’s 13 wins more than helped his case.

READ  What's next for the Younghusband brothers?

This was seconded by Mbala himself and for him, winning MVP is nothing compared to winning the UAAP championship.

“It’s really nothing for me.

“My main objective is to help the team be champions so I don’t mind being MVP as long as we become champions. That would be a good thing. If we don’t become the champions and I win the MVP, it wouldn’t really do anything good for me. I won’t be really happy about it,” said Mbala, who is set to become the first foreign student-athlete to win the crown since 1981.

And with just three wins separating them from a championship, Ayo wants to see better composure, especially when things get heated, from Mbala come the post-season.

“He has to settle down and do the little things, the small details,” the one-time NCAA champion coach said.