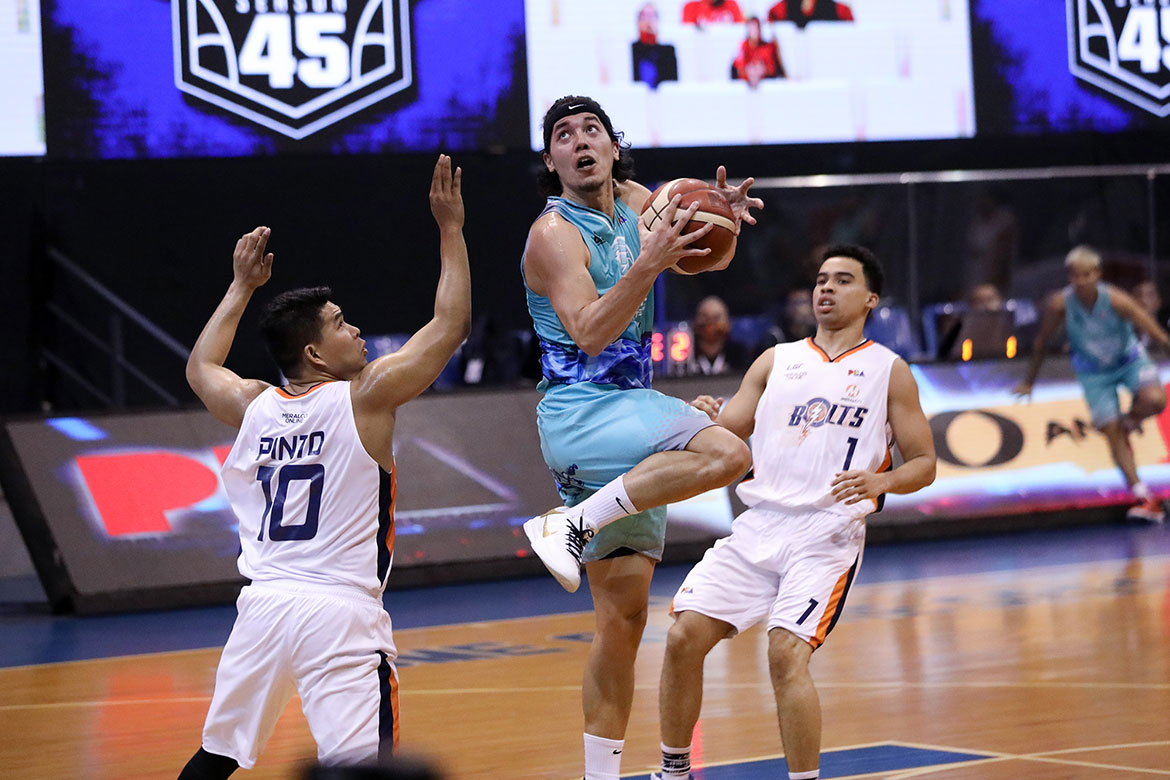 Matthew Wright and Phoenix Super LPG are off to a rousing start in the 2020 PBA Philippine Cup after drubbing Meralco, 116-98, Monday at the Angeles University Foundation Sports and Cultural Center in Pampanga.

The Filipino-Canadian marksman powered the Fuel Masters with a game-high 36 points on a 54-percent clip, on top of six assists, four rebounds, and a steal — against just one turnover — in nearly 38 minutes of playing time.

Wright led his side’s breakaway by scoring 10 in their 17-0 run abridging the second and third quarters, where they flipped a slim three-point lead to a wide 61-41 advantage with 9:42 on the clock.

“Matthew is gonna be one of the guys that’s gonna be there for us. Matthew Wright will win us games just like what happened now, and Matthew Wright knows that we’re gonna lose games with him also,” said coach Topex Robinson.

One of Garcia’s assists led to a Dave Marcelo triple to close the third, which gave Phoenix its biggest lead of the game at 29, 92-63, and capped off an impressive 39-point performance by the team in the period alone.

The win also marked a successful debut for Robinson himself, who has been named the Fuel Masters’ interim head coach last September after the team’s top brass decided to let go of veteran mentor Louie Alas.

“It’s obviously my first year leading this team. If I wasn’t nervous and I wasn’t scared, I should have done other things. I came here enjoying this opportunity. I’m playing against coaches that most of them shaped me when I used to play. Ang akin lang dito is I just wanna enjoy every opportunity that I’ll get better,” said the cager-turned-coach.

“I just played against coach Norman [Black], I learned a lot from him. I’m sure I’m gonna learn a lot from the coaches that’s gonna be here. I just wanna enjoy it and learn from it also,” Robinson added.

Reynel Hugnatan led Meralco with 16 points on 6-of-7 shooting in the defeat. Chris Newsome had 12 points and nine rebounds, while Allein Maliksi and Bong Quinto added 10 markers each.

The Bolts did not field Raymond Almazan in the contest. According to a report by Spin.ph, Coach Norman Black decided not to play him as he would want the 6-foot-8 center to be in better condition.

The seven-year pro was a late entry into the bubble as he finished his therapy following a knee surgery back in the off-season.

Phoenix will next face NorthPort on Thursday, Oct. 15, while Meralco will jump back into action on Wednesday, Oct. 14, against Alaska. Both games are scheduled at 4:00 p.m.