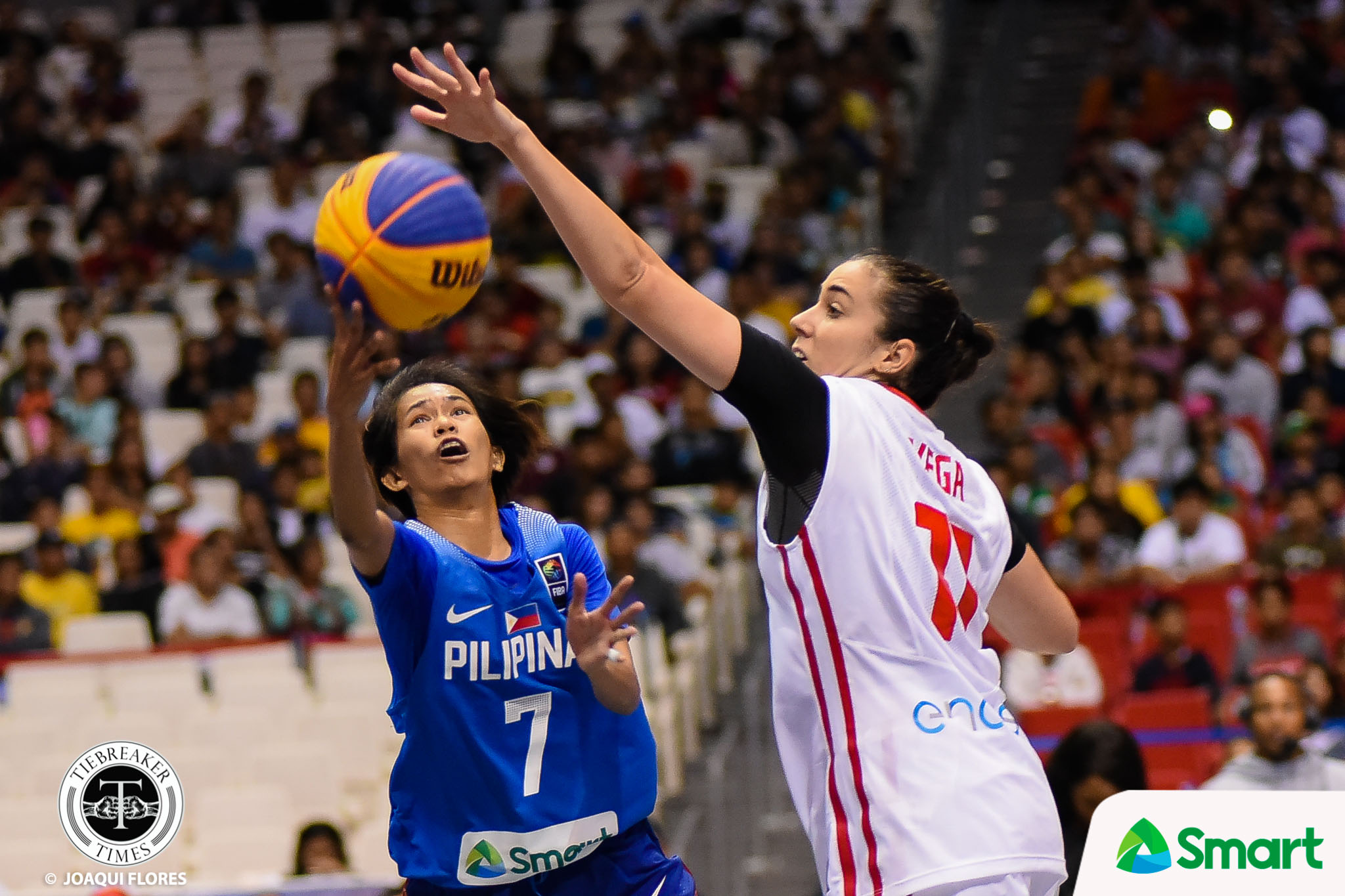 After missing three potential game-tying shots against Germany last Friday, Janine Pontejos needed to bounce back. And she did so by scoring at-will against Pool D leaders Spain.

However, it was not enough, as the 13th-ranked team in the tournament survived Pontejos’s explosion, taking a 21-17 win, Sunday afternoon.

With the win, Spain officially booked its slot to the next round with a 3-0 record while eliminating the Philippines from contention, as the hosts hold a 0-3 card.

The 25-year-old gunslinger single-handedly pushed the Philippines early, scoring 8 of the first 10 points of Perlas 3X3 to give her team a 10-8 edge midway through the game.

Paula Palomares then set up a duel with Pontejos, scoring the next five points of Spain for a 13-11 edge.

With Spain just a point away from ending the game, Gemma Miranda and Pontejos tried to stop Spain from reaching match point. But Perlas could not secure the rebound that led to a Palomares bucket.

Perlas 3×3 ends its campaign later in the night against Hungary at 7:00pm.