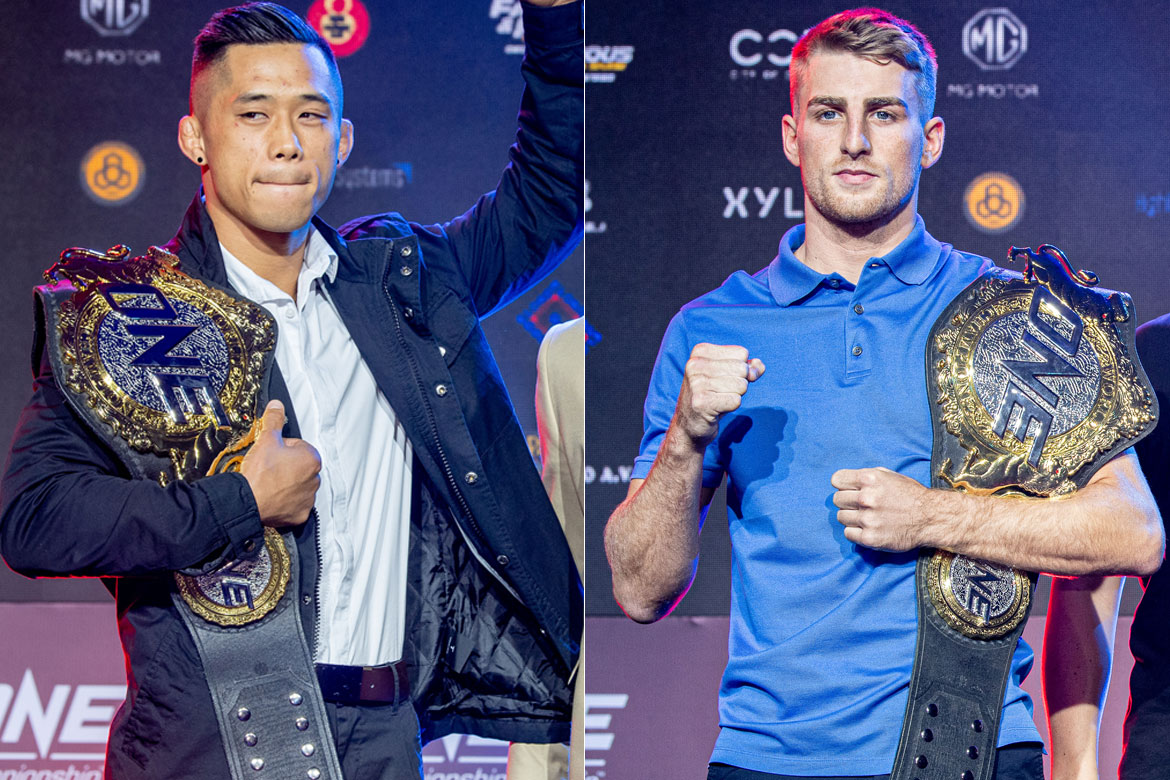 Besides the dream bout pitting Eduard Folayang against Eddie Alvarez, ONE: Dawn of Heroes has headlines of two world championship bouts.

Both ONE Featherweight World Champion Martin Nguyen and ONE Flyweight Muay Thai World Champion Jonathan Haggerty have no plans on dropping their belt in Manila, though.

Nguyen (12-3) – who is fighting in Manila for the fifth time – will defend his belt against Koyomi Matsushima (11-3).

Though the 30-year-old Vietnamese-Australian athlete comes in as the overwhelming favorite, he is not letting his guard down against his dangerous Japanese challenger.

“I hope you guys are as excited as I am, being able to come back here and compete in front of the Manila fans and Filipinos. First and foremost, I’m just happy to compete at the highest level,” Nguyen said of his upcoming title-defense. “I want to say congratulations to Koyomi Matsushima in earning his title shot by winning his last bout decisively. It’s an honor, and I’m excited to go up against a warrior who puts it all on the line as much as I do.

“But this is my division and still.”

On the other hand, Haggerty (15-1) is making his second trip to Manila, but first as champion. And he can’t wait to impress in his first title defense against Rodtang Jitmuangnon (256-41-10).

“I’m fighting Rodtang Jitmuangnon. He’s a very come-forward fighter. I’ve been training hard. I know what I’m going to expect and I have a game plan which I always do. Last May, I defeated Sam-A Gaiyanghadao for the ONE Flyweight Muay Thai World Title. This title is going to be staying with me,” said Haggerty.

Come Friday evening, the two kingpins look to remain on top and put on a show inside the SM Mall of Asia Arena.