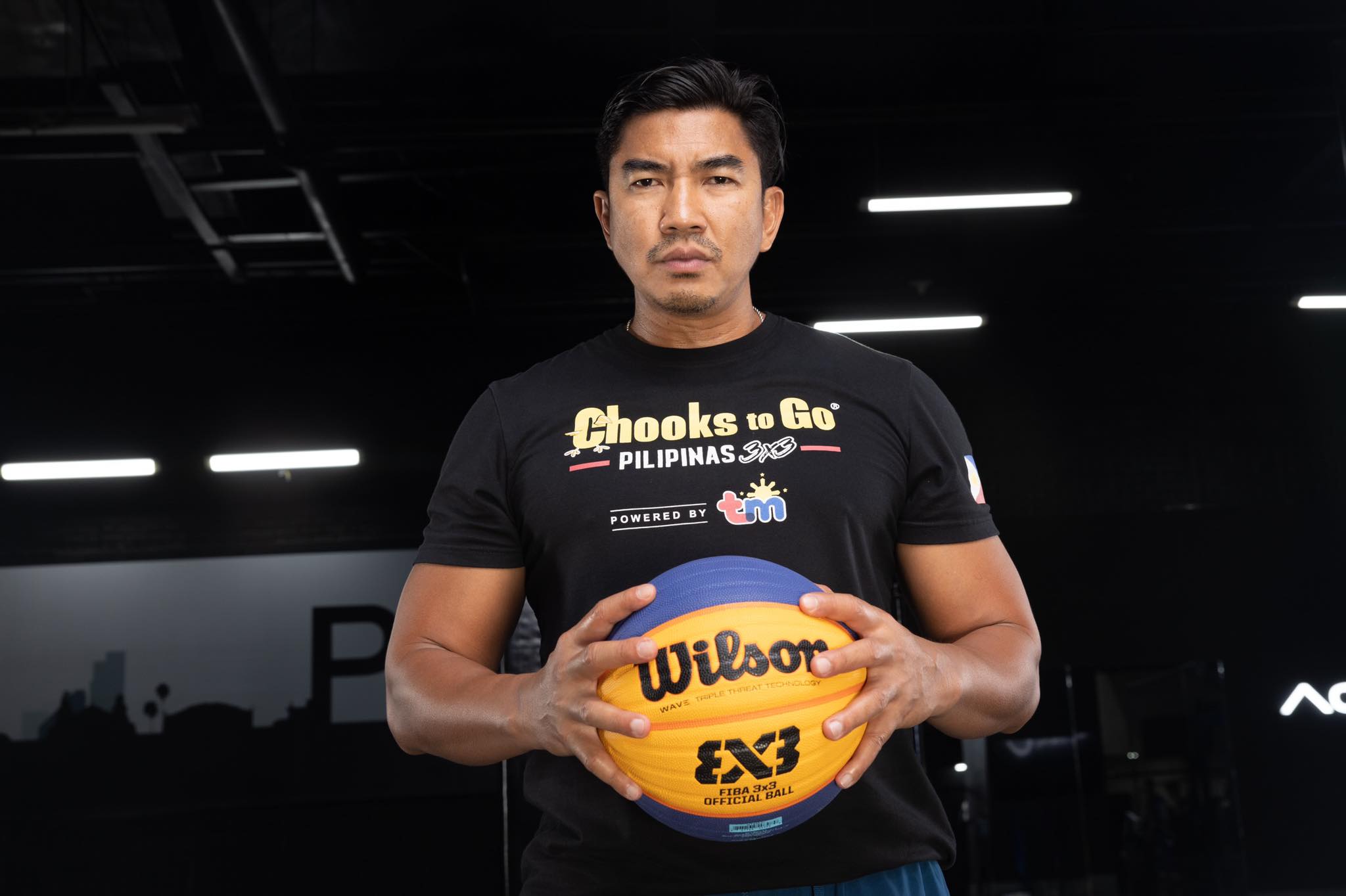 Manila head coach Aldin Ayo is just glad that his team can gain more real games under their belt during the 2021 Chooks-to-Go Pilipinas 3×3 Invitational powered by TM set on Wednesday at the Laus Group Events Centre in San Fernando, Pampanga.

And it’s timely as Manila Chooks (HeiHei in the domestic league) will be competing in the 2021 FIBA 3×3 World Tour Abu Dhabi Masters from October 29-30.

“I’m happy because we are going to have games which we lacked,” said Ayo, who is in his first year in handling the Chooks-to-Go Pilipinas 3×3 program. “Yung first game natin lagi tayo nagstruggle tapos second game nakaka-adjust. Hopefully, after this, we learn more about adjusting in tournaments.”

Despite already competing in two Masters tournaments — in Doha last March and in Montreal last September, the team has only competed in four games as there are no 3×3 leagues running both domestically or in the continent this year due to the ongoing pandemic.

For the one-day tournament that is endorsed by FIBA 3×3 and regulated by the Games and Amusements Board, Manila will be grouped with Adam Esli Pasay and Pacquiao Coffee Bacolod to form Pool A while Bocaue is slotted with MNL Kingpin Quezon City and ARQ Builders-Cebu in Pool B.

The top two teams of each pool will advance to the knockout playoffs later in the day with Pool A crossing over with C while Pools B and D face-off.

Ayo knows that all the teams see Manila as the favorite. And it’s a standard they are embracing.

“You don’t lose e, you learn. We are going to accept the challenge but what is important is we improve,” said Ayo as the tournament also has a P170,000 prize pool with the champion taking home P100,000.

All the games of this tournament that is supported by TM and Gatorade will air on Chooks-to-Go Pilipinas’ Facebook page and on FIBA 3×3’s Youtube channel.

Grateful is Ayo to league owner Ronald Mascariñas for shouldering all the expenses of each team just to make this event happen.

“We know that this is not easy and this is not cheap. Ginagawa eto ni Sir Ronald to help us gain valuable points for the 2024 Paris Olympics,” expressed Ayo.