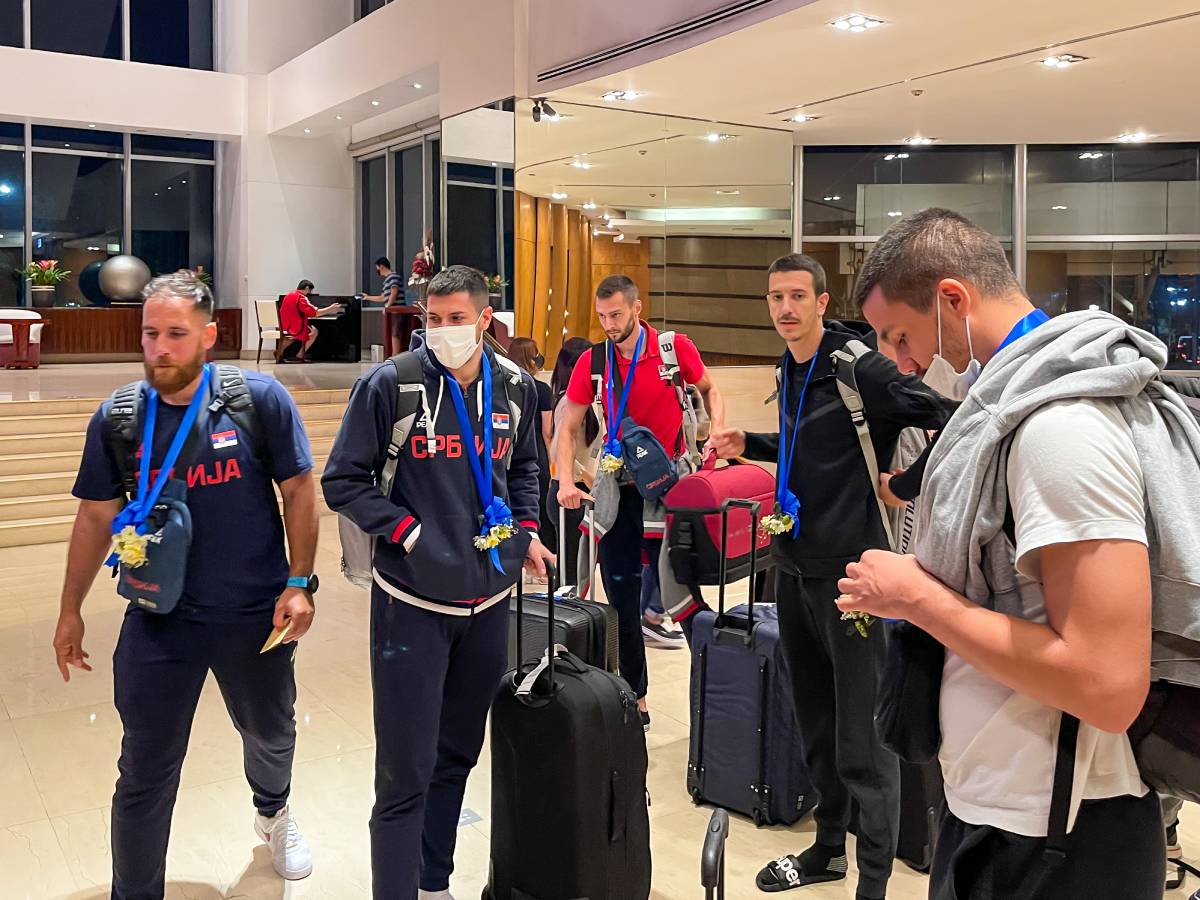 Fresh off a successful campaign in the Utsunomiya World Tour Masters in Japan, the top two teams of the world’s highest-ranked country in 3×3 basketball Serbia flew in quietly to Manila on Tuesday evening.

UB and Liman pitched training camp in the Philippines since last Wednesday as they prepare for the second leg of the FIBA 3×3 World Tour, the Chooks-to-Go Manila Masters. The competition takes place on May 28-29 at the Ayala Malls Manila Bay.

The Serbians will be training with the Cebu Chooks and Manila Chooks squads, which are out to defend home turf as they go up against the top 3×3 teams in the world.

“Our supposed training camp in Serbia last month did not push through due to the conflict happening in Eastern Europe,” laments Chooks-to-Go president Ronald Mascariñas. “So instead of bringing our players there, we decided to bring the top 3×3 players in the world here.

“We are grateful to UB and Liman for sharing with us their knowledge in the 3×3 game. This would definitely benefit our program in the long run,” the sports patron continued.

UB of Serbia is No. one in the latest FIBA 3×3 rankings.

They recently won the Utsunomiya World Masters which is the inaugural leg of the FIBA 3×3 World Tour Masters, considered the most prestigious event in 3×3 basketball. They beat Princeton of the United States in the final.

UB has made the finals of the last five World Tour events dating back to 2021.

The team is made up of 6-foot-7 Strahinja Stojacic and 6-foot-6 Dejan Majstorovic who are one and two in the FIBA 3×3 world player rankings, respectively. Completing the squad are 6-foot-7 Marko Brankovic — ranked seventh in the world — and 6-foot-5 Nemanja Barac — ranked 132nd in the world.

Liman, on the other hand, is the third highest-ranked team in the world. They finished 5th in the Utsunomiya Masters and will be looking for a better showing in the Manila Masters.

Liman is bannered by 3 members of the Serbian 3×3 national team which bagged the bronze in last year’s Tokyo Olympics. These are 6-foot-8 Stefan Kojic, 6-foot-4 Aleksandar Ratkov, and 6-foot-7 Mihailo Vasic who are all in the top 12 in the world rankings. The fourth member of the squad is 6-foot Kilijan Nebojsa, 20th in the world rankings.

Cebu Chooks, fresh off winning the FIBA 3×3 Asia Pacific Super Quest, will be led by the country’s top 3×3 player, Mac Tallo, who is ranked 110th by FIBA. The other members of the squad are Zach Huang, the second-highest ranked Filipino at 204, Brandon Ramirez, and Mike Harry Nzeusseu.

Manila Chooks, which recently made the finals of the Mongolia Super Quest, will be parading a lineup composed of Chico Lanete, Ken Holmqvist, Dennis Santos, and Henry Iloka.