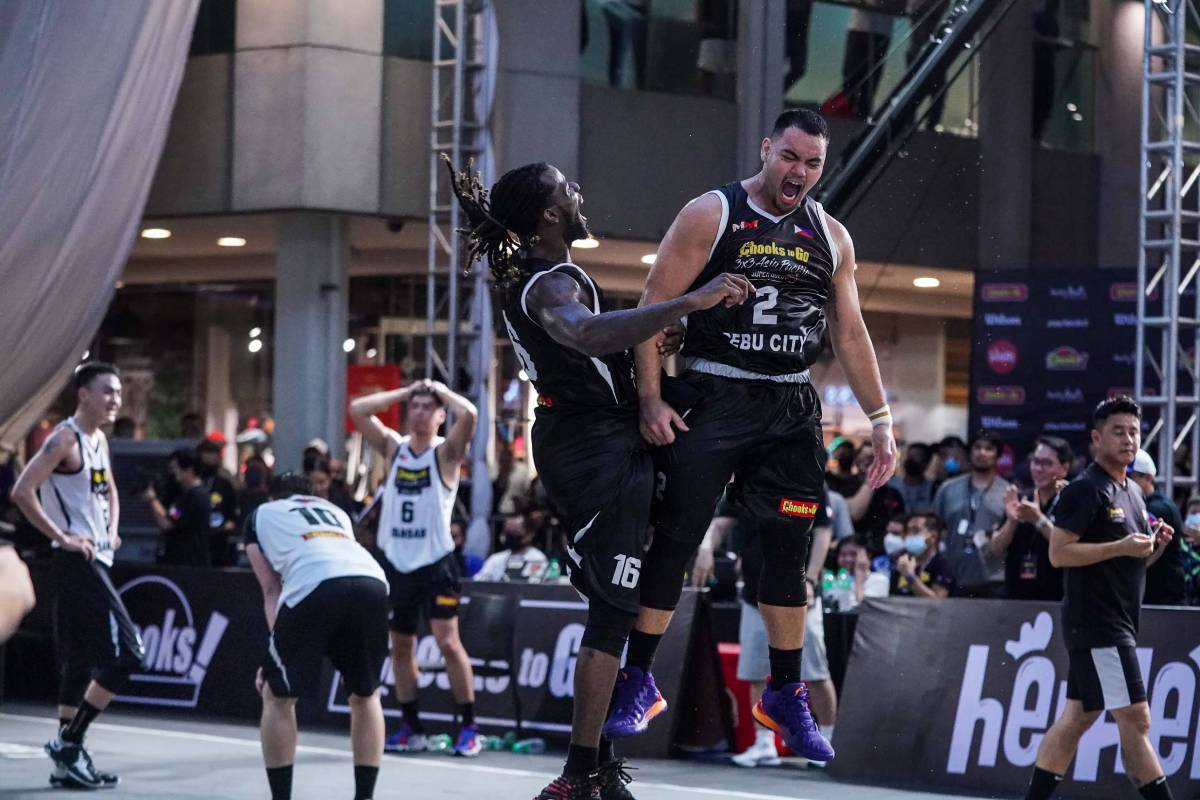 Cebu Chooks! will face the toughest of competition when the 2022 Chooks-to-Go FIBA 3×3 World Tour Manila Masters opens on Saturday, May 28 at Ayala Mall Manila Bay’s events center in Pasay City.

Cebu, bannered by the country’s top two 3×3 players in Mac Tallo and Zach Huang, will take on the world’s top player Strahinja Stojacic and top team Ub of Serbia at 3:00 PM.

The two teams are slotted in Pool A along with Mongolia’s Zavkhan MMC Energy.

Cebu and Manila Chooks have actually been training with Ub and Liman for the past week, transferring knowledge to each other during their respective build-ups for the maximum level 3×3 tournament.

Cebu is coming off a championship win in the 2022 Chooks-to-Go FIBA 3×3 Asia Pacific Super Quest while Ub took down the Utsunomiya Masters.

Meanwhile, Manila is slotted in Pool D along with Mongolian rivals Ulaanbaatar and Zaisan MMC Energy.

Manila and Zaisan are uber familiar with one another, having faced each other thrice already in the young FIBA 3×3 pro season.

Manila defeated Zaisan in the Asia Pacific Super Quest, 21-17, before Zaisan got two back on their home floor — including a 21-16 win during the semis in the Ulaanbaatar Super Quest.

Holdovers from that Manila team are Chico Lanete, Henry Iloka, and Dennis Santos. This time around, they will have 6-foot-8 Fil-Norwegian Ken Holmqvist.

“I’m just excited to be able to finally show what I can do and represent my country,” said Holmqvist, who was part of the Gilas team that won the 2016 SEABA Cup. “Of course, there’s pressure but it’s something that we have to embrace being the home team.”

World no. 2 Antwerp of Belgium and Mongolia’s Sansar MMC Energy are slotted in Pool B along with the winner of the qualifying draw.

Japan’s Yokohama Beefman, New Zealand’s Auckland, and Australia’s Melbourne will take part in the qualifying draw which begins at 1:00 PM with the top survivor advancing to the tournament proper.

The top two teams in each pool will advance to the knockout playoffs the following day.

After the QD, a lavish opening ceremony celebrating the Filipino fiesta will take place at 2:30 PM.

“After seven long years, finally the FIBA 3×3 World Tour Masters is back home,” said Chooks-to-Go president Ronald Mascariñas. “Fiesta will be the theme of our opening ceremony as it brings people together.

“This is our way of bringing everyone together… all for the love for the sport that we love.”