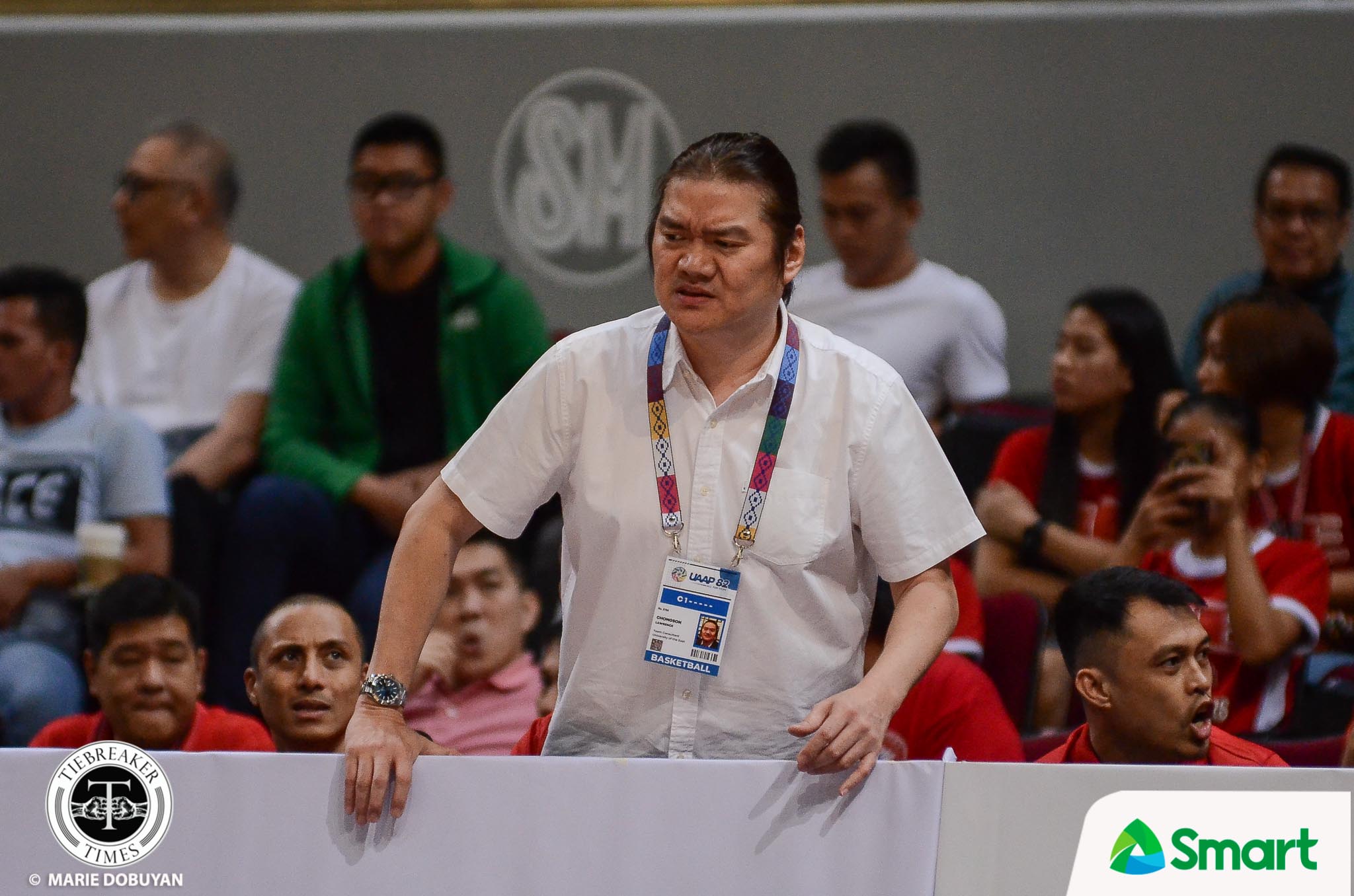 As he walked towards his bench, the flamboyant tactician was caught doing a cutting motion towards his throat while sticking out his tongue.

Later in the evening, Mikee Reyes, who called the game, was able to talk to Chongson during a chance encounter at the emergency room of Cardinal Santos Medical Center in San Juan City of all places.

According to Chongson, it was his way of showing that they have overcome their losing streak.

And it came via dramatic fashion as the Red Warriors needed the heroics of Rey Suerte and an inspired performance by Neil Tolentino to overcome their tormentors, 89-88.

Moreover, Chongson also shared that he has nothing against the Green Archers, saying that he will never disrespect his alma mater.

This win was extra special for Chongson as it proved that UE will no longer be pushovers under his watch saying, “Masarap. Nabunutan ng tinik sa dibdib.”

For now, Chongson hopes that the headaches that have been bugging him over the past few months will be gone by night’s end.

Navarro draws high praise from Baldwin: ‘It’s not about highlights, it’s about efficiency’