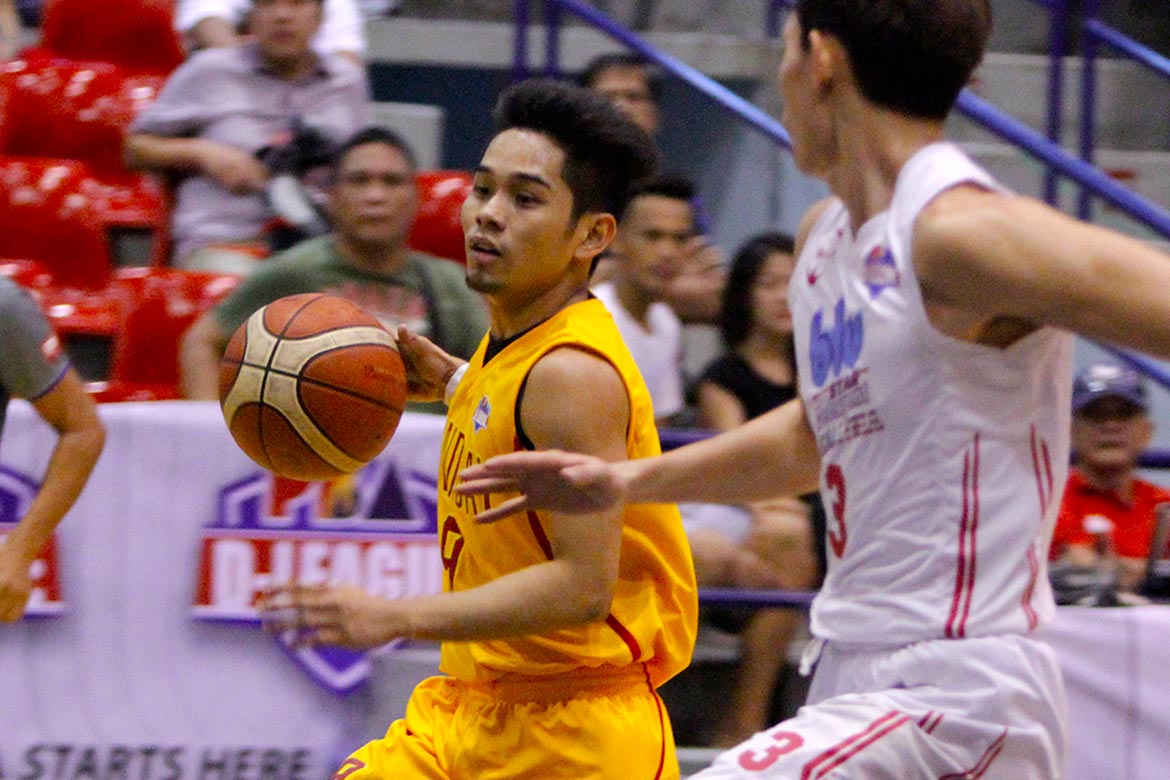 Mark Cruz showed the way for the Tanduay Rhum Masters, as they inched closer to the last twice-to-beat incentive in the quarterfinals with a 78-60 rout of the Blustar Detergent Dragons, Thursday afternoon at the Ynares Sports Arena in Pasig City.

“Alam namin yung scenario. How we’re going to perform or show up is another story,” said coach Lawrence Chongson, who remains dissatisfied with the effort his team has been showing throughout the course of the conference.

The pint-sized guard shot 6-of-9 from the field, while also collecting five rebounds and three assists in the victory.

Jerwin Gaco added 10 markers and five boards off the bench in the easy win.

Tanduay rose to fourth place with their 5-3 card and can secure the seat — which comes with twice-to-beat advantage in the quarterfinals — with a win against Jose Rizal University (4-4) next Tuesday.

“I still don’t see the consistency. I’m not looking beyond JRU, but the way we’re performing is still a concern for me. Hopefully, we jell on time for the playoffs,” Chongson added.

Both teams’ final assignments in the elimination round are set on March 14, Tuesday, at the JCSGO Gym in Cubao, Quezon City. BluStar will play first at 3:00 PM against Victoria Sports-MLQU, while Tanduay and JRU will battle at 5:00 PM.