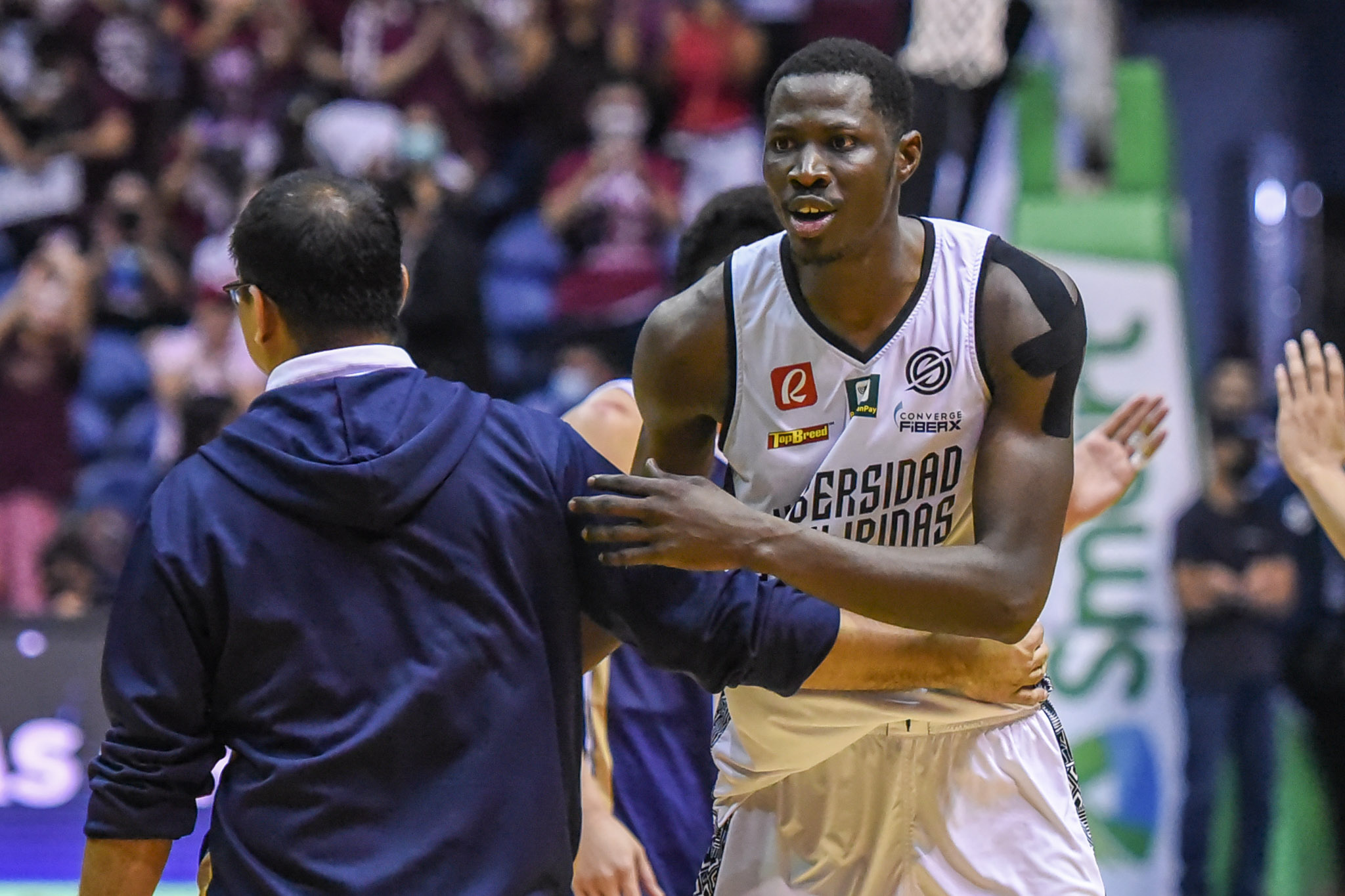 Malick Diouf has been a dominant force throughout the UAAP Season 85 Men’s Basketball Tournament.

In State U’s 69-61 win over National University – which allowed the former to move on to the finals – the 6-foot-11 standout led the Fighting Maroons with 17 points, 21 rebounds, three blocks, and two assists in 32:08 minutes of play.

His performance provoked cheers of “M-V-P” from the UP community during the game. Wanting to lay low, though, Diouf just wants to focus on his game. 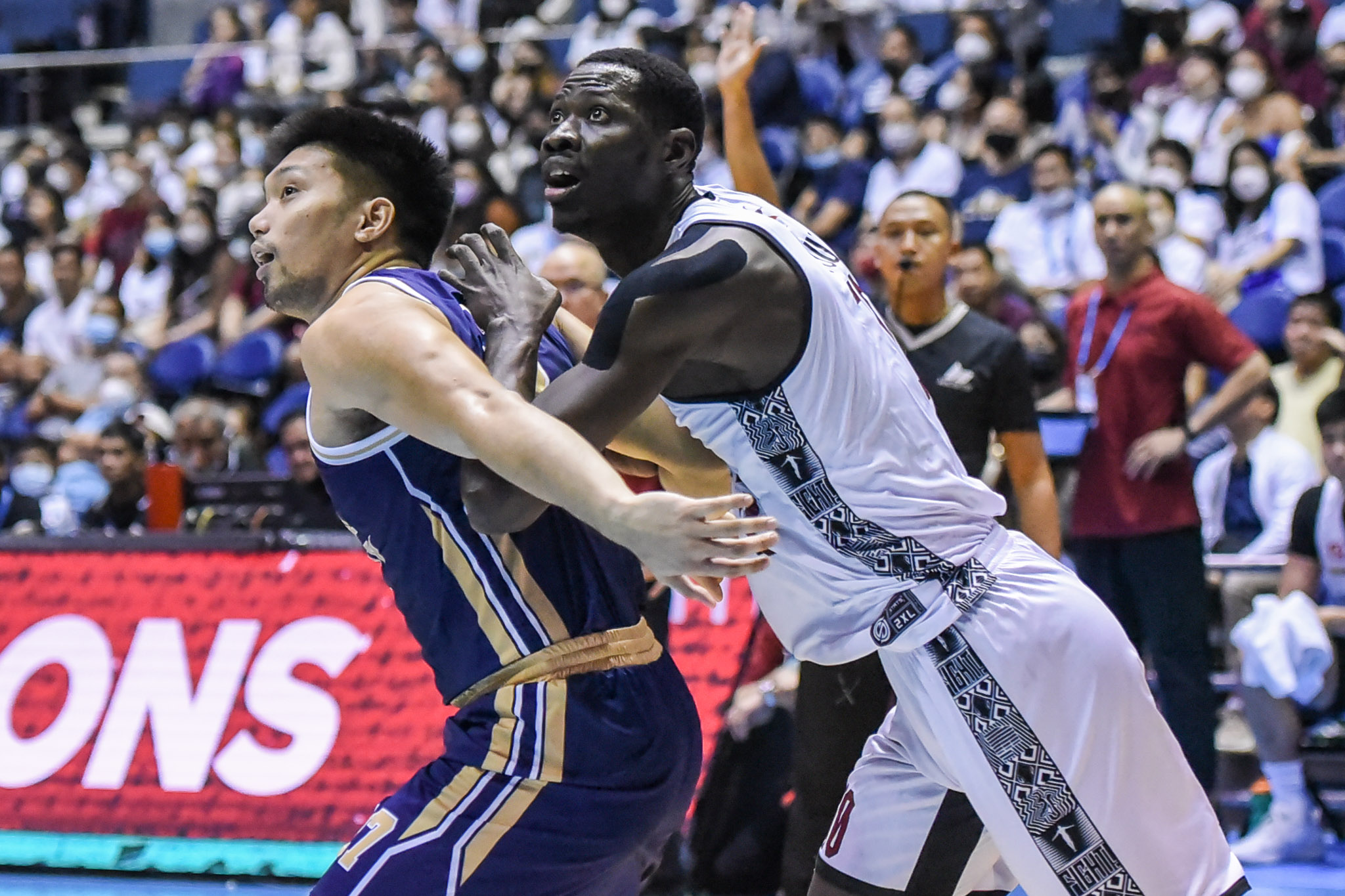 “I think it’s just something (for an) individual. I’m not thinking about it. I’m just focusing on the finals because that’s the most important thing for the team,” he said.

UP now awaits the winner of the Ateneo de Manila University vs Adamson University contest. In the meantime, it can dream of winning back-to-back championships in just one calendar year.

For coach Goldwin Monteverde, the contributions of his foreign student-athlete will prove crucial for the Fighting Maroons regardless of who they face.

Thankfully, Diouf is not the type of player who will rest on his laurels after getting such a prestigious award.

“Si Malick, besides yung sa title, I think yung effort every day even in practice, even outside, the way he leads his team, the way he gives advice — kumbaga every day he’s being an MVP sa team namin,” said the Season 84 champion mentor.