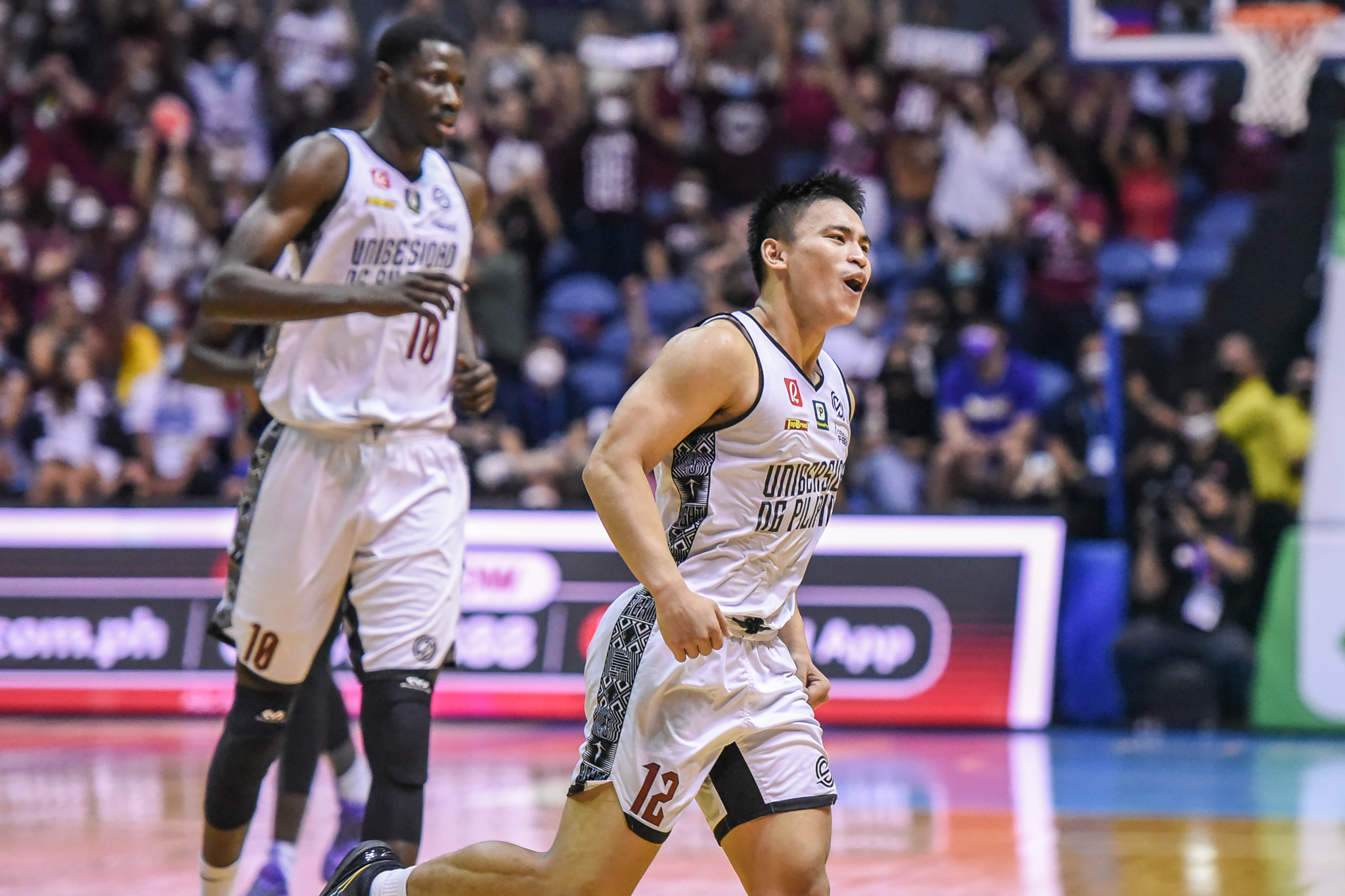 Defending champion University of the Philippines delivered a huge endgame rally to fend off third-ranked National University, 69-61, to enter the UAAP Season 85 men’s basketball Finals on Wednesday at the Smart Araneta Coliseum.

The pesky guards of the defending champions flexed down the stretch as Terrence Fortea, Gerry Abadiano, and JD Cagulangan all had hands in their late run that turned a 61-58 deficit to a 66-61 lead with 53.3 seconds left.

Abadiano first made a patented mid-range jumper before Fortea split his free throws to level the game at 61.

Former Bullpup Abadiano then stole Omar John’s handoff to Kean Baclaan and went all the way for the fastbreak basket before Cagulangan drilled a triple to cap the eight straight points of UP.

“We’re happy that we’ll be getting another chance to win the championship,” said Fighting Maroons head coach Goldwin Monteverde.

“For the game, we started out flat. Losing Carl in the first half, he wasn’t 100 percent, the team responded well to the challenge given to us,” added the decorated bench tactician as Tamayo hurt his ankle midway through the first period but he will be ready in the Finals according to Monteverde.

Gonzales got 11 points, while Cagulangan and Abadiano went for eight and seven points, respectively.

Jake Figueroa made 16 points and grabbed 14 rebounds for the third place Bulldogs, while Kean Baclaan produced 10 of his 14 points in the fourth frame.

The Fighting Maroons will wait for the winner of the Ateneo de Manila University-Adamson University series.