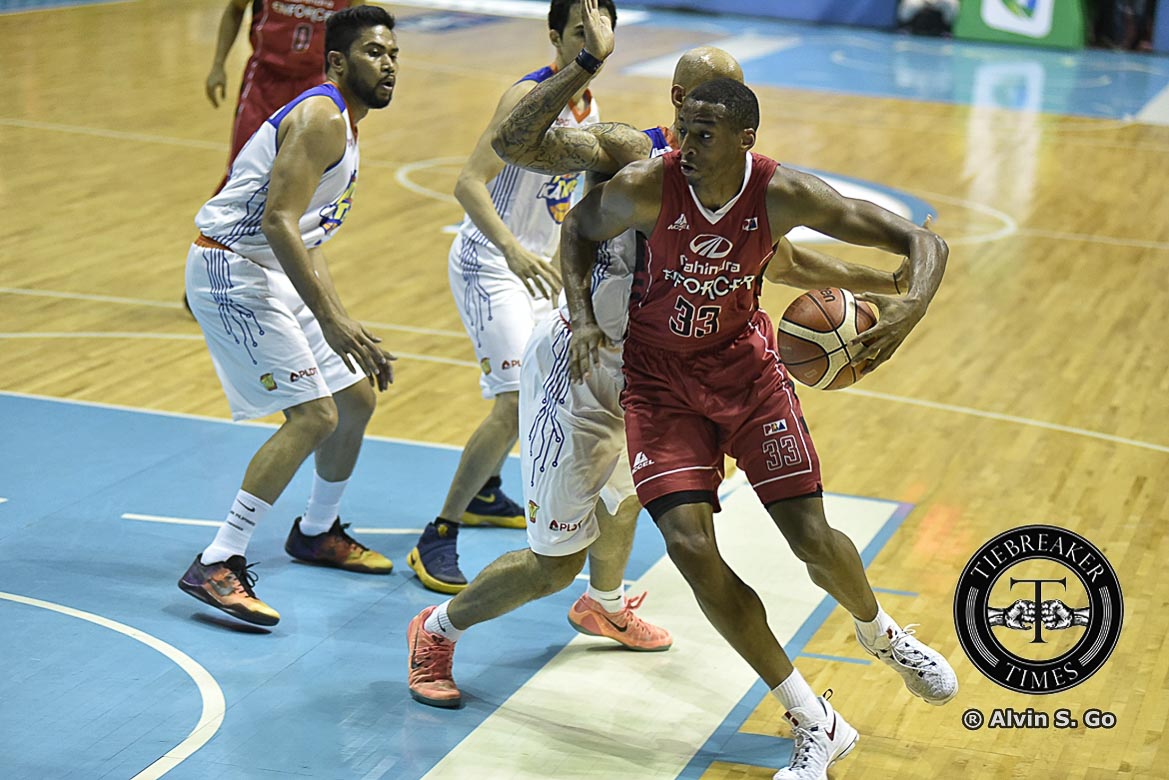 “I told my guys to have championship-effort for tonight.”

These were the uttered words of Chris Gavina to explain how his Mahindra Enforcers pulled off a win against the then-undefeated TNT Katropa, 107-104, Friday evening at the Smart Araneta Coliseum.

Showing that their blazing start to the season was no fluke, the Enforcers snapped TNT’s six-game winning run to the Governor’s Cup. Moreover, this win is sufficient enough to propel the squad to a playoff appearance, a first in franchise history.

“It’s a new ground for us and we’re happy we made franchise history. We’re definitely heading in the right direction, but we try to stay level-headed as possible and stay consistent in what we do,” Gavina added.

James White led the offense for Mahindra, scoring 24 points, ten rebounds, three blocks and a perfect 10-for-10 clip from the foul stripe. At the end of the game, he commended his team for coming up with the win and outplaying a powerhouse TNT squad.

“I just wanna thank God for this. We understand that TNT is a great team, we just executed better,” White stressed.

Mahindra took control for majority of the game after trailing behind for almost the entire first period. Free throws played a key role, as the Enforcers trooped to the line 43 times and made 35 for an 81 percent clip. On the other hand, TNT shot a 66 percent mark at 22/33.

In addition, their defense forced Katropa to 23 miscues, which were converted to 24 points on Mahindra’s end. They also shrugged off a massive 33-point effort from Jayson Castro in a seemingly spotless performance offensively.

The Mahindra Enforcers (6-2) are now holders of the solo second spot in the tight standings, and will next face the Rain or Shine Elasto Painters (3-3) next Friday at Araneta. On the other hand, TNT (6-1) looks to get back on their winning ways, as they book a showdown with the uprising GlobalPort Batang Pier (2-4) on Wednesday, also at the Big Dome.