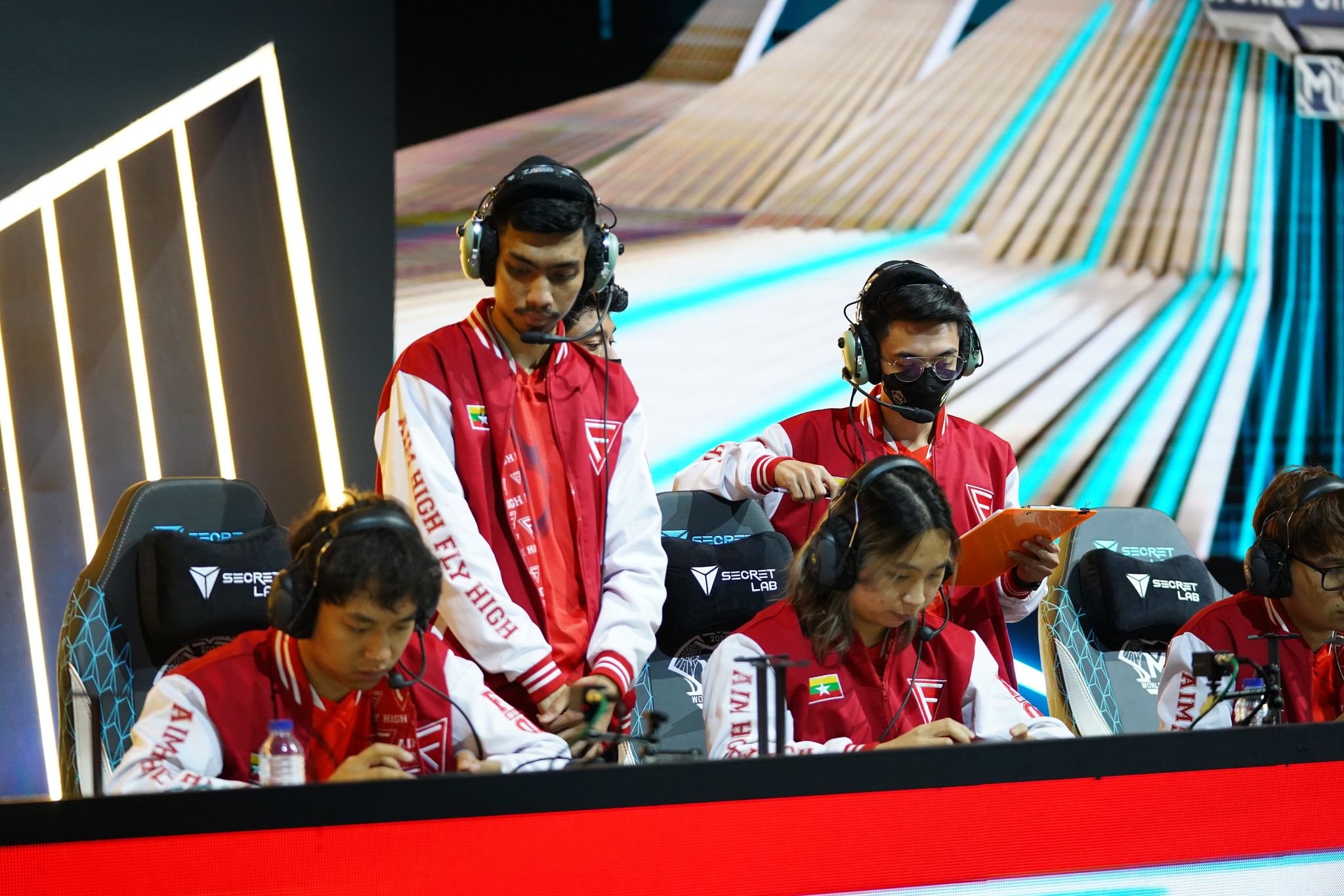 Falcon Esports proved that its first win over the defending champs was no fluke.

The Myanmar-based squad finished what it started, taking down Blacklist International for the second time today, 1-0, this time in the M4 World Championship tiebreaker round to clinch the top spot in Group A, Tuesday at the Bali United Studio.

Falcon Esports, who also took down Incendio Supremacy earlier, clinched one of the two upper bracket spots in the group. They end the tiebreakers with a group-best 2-0 standing.

Blacklist International, on the other hand, is on the brink of dropping to the lower bracket. They must win their match against the Turkish squad later to enter the upper bracket playoffs.

Min “Naomi” Ko was a man possessed on his Franco, delivering a performance of a lifetime that saw him connect on blind Iron Hooks which prevented Blacklist International’s late-game composition centered on Danerie “Wise” Del Rosario’s Aldous from gaining steam.

He finished witha game-high 13 assists to go along with three kills and three deaths in the 22-10 win in just 14 minutes and 27 seconds of action.

Meanwhile, Kiel “OHEB” Soriano was the lone bright spot for Blacklist International with four kills, a death, and an assist on Karrie. Wise was limited to just three deaths and five assists while Johnmar “OhMyV33NUS” Villaluna only had a kill, five deaths, and six assists playing Mathilda.